Pulling the Race Band-Aid Off 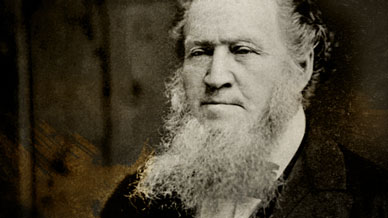 The LDS Church recently added a new page titled Race and the Priesthood to their website under the Gospel Topics section. It is by far the most informative piece the Church has released on the subject. And even though it is tucked away neatly on LDS.org, it has set the Internet on fire.

Now, if you didn’t already know, this subject is a sensitive one for me. I have written about blacks and the priesthood/temple ban here, here, here and here. While I really do think that the Church’s new release is a big step in the right direction, it’s evolution is still troubling to me.

February 2012:
“At some point the Church stopped ordaining male members of African descent, although there were a few exceptions. It is not known precisely why, how or when this restriction began in the Church”
– Official Statement, “Race and the Church: All Are Alike Unto God”, LDS Newsroom

March 2013:
“Early in its history, Church leaders stopped conferring the priesthood on black males of African descent. Church records offer no clear insights into the origins of this practice.”
– Introduction, Official Declaration 2

December 2013:
“In 1852, President Brigham Young publicly announced that men of black African descent could no longer be ordained to the priesthood”
– Race and the Priesthood, lds.org

Here’s a quick rundown of how things evolved in the less than a two-year time period shown above:

The February and March statements were labeled by many as good steps forward. When I was critical about the change in the scriptures back in March I got pushback from many who said that it was a positive step and I should just ignore what was missing. But I couldn’t let it go because I knew that the Church knew!! And so now we have this new Gospel Topics page, just nine months later, leaving the scripture update looking pitiful, lacking, and empty. Which raises the question: did the Church really not know in February of 2012 why the ban happened? How about in March of 2013? Did they all of sudden discover all of the things revealed in the new web page over the last nine months? It is simply not possible. The next question is whether or not the Church will stop the printing of the new scriptures to reinsert a new introduction to the Official Declaration 2? Stop the presses!!

You can play with the language all you want or do the mental gymnastics to justify the statements, but the bottom line is clear to me – if you want to know something for yourself, you simply cannot rely on the institution. Why can’t we rely on the institution? Because any institution is about survival. The purpose of an institution is “to maintain themselves with a minimum of disorder” (The Institutional Church and the Individual, J. Bonner Ritchie). I really think that if you want to know truth, you have to roll up your sleeves, dig in, research issues out yourself, and find truth wherever it may lie – in or out of the institution.

“Every church member has not only the opportunity, right, and privilege to receive a personal witness regarding gospel principles and Church practices, but has the need and obligation to obtain such assurance by exercising his free agency, thereby fulfilling one’s purpose of his mortal probation.” (Elder Poelman, October General Conference 1984)

Now the gospel, on the other hand, is not about survival but is about helping and loving people. One must separate the gospel from the institution.

“There is a distinction between them which is significant and it is very important that this distinction be understood…Failure to distinguish between the two and to comprehend their proper relationship may lead to confusion and misplaced priorities with unrealistic and therefore failed expectations.” (Elder Poelman, October General Conference 1984)

(And yes I see the irony of quoting an Elder Poelman talk that was later heavily redacted by the institution.)

For me, the Church (institution) is a means to an end. It provides me with a solid community where I can serve and love. But again, because humans are involved with the institution there will always be room for error and people will get hurt. “All organizations are immoral, the only question is the degree.” (J. Bonner Ritchie—On Organizations, Individuals, and Pillars of Thoughtful Faith)

As we move forward, what can the Church do better? I want to share a paragraph from the Church’s new Gospel Topics page as a starting point:

“Today, the Church disavows the theories advanced in the past that black skin is a sign of divine disfavor or curse, or that it reflects actions in a premortal life; that mixed-race marriages are a sin; or that blacks or people of any other race or ethnicity are inferior in any way to anyone else. Church leaders today unequivocally condemn all racism, past and present, in any form.”

Even after this strong statement there are still members (I have talked to them) that think the ban wasn’t racist, and some still think that God was behind the ban. Members believe that prophets can make mistakes, but somehow they can never lead us astray – not a lot of wiggle room there. In my opinion, the only way we can stop people from feeling the need to continually defend our racist past is through the following:

That last one could be a little tricky, but this quote from a past member of the Quorum of the Twelve, John Widstoe, could get the ball rolling in the right direction:

“The message of the scriptures is divine; the words in which it is clothed are human. Failure to make this distinction has led to much misunderstanding. Intelligent readers will separate the message of the scripture from its form of presentation. . . . Especially is it necessary in reading the scriptures to place oneself in the position of the people, thousands of years ago, for whom the writings were made. The customs, habits, and possessions of the people of that day are of necessity reflected in the expositions of the revelations of the Lord to His children on earth.” 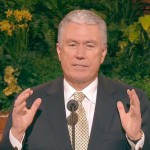 Carrying out those four steps would certainly leave no doubt in the membership that God is not racist and that he loves ALL his children in EVERY time period. These steps would also confirm President Uchtdorf’s words that things were “said or done that were not in harmony with our values, principles, or doctrine.” (Come Join With Us, Uchtdorf)

Even though the Church has made great strides in revealing our history, I’m still bugged when the institution acts like an institution. Stop hiding it and just come out with it already!! Let’s rip this band-aid off quick because it is pulling every arm hair that I have!!