Polygamy and the Modern Mormon 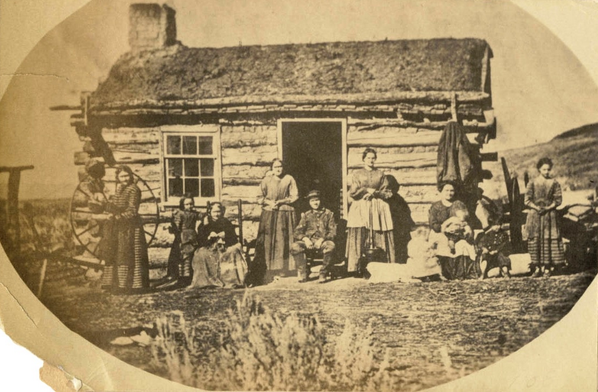 It should come as no great surprise that many Mormons are troubled by polygamy. HBO’s Big Love, Warren Jeffs, and Mitt Romney’s presidential run have kept the practice on the cultural radar. More recently, the Church released a series of Gospel Topics essays on the subject (here, here, here, and here). and one member is facing Church discipline for writing about his disbelief in the practice.

While many members are able to reconcile their acceptance of the early practice with their abhorrence of contemporary polygamy, others reject the concept in its entirety. But rather than sanctioning those troubled by polygamy, we need to reaffirm that members with a variety of responses to the practice are still welcome among us – even as the Church continues to defend the historic practice.

To understand why the old practice of polygamy may be causing new waves, it’s worth contrasting the Gospel Topics essay with the usual depiction in Church materials and classes.

Joseph Smith’s polygamy has never been a total secret for modern Mormons. But in my experience many members had at best a vague sense that Joseph Smith practiced polygamy and that it was kept secret at the time. Few knew anything about his wives other than Emma. And I think the general sense of most members was that this arrangement was primarily spiritual rather than sexual, and that it provided economic security for women who otherwise might be on their own. Something, in short, like what is written in the manual Truth Restored (2001):

“Although polygamy is no longer practiced in the Church, no account of the Church’s history can be complete without some discussion of the practice. It was first announced by Joseph Smith at Nauvoo in 1842. Many of those close to him knew of it and accepted it as a principle of divine pronouncement. However, it was not publicly taught until 1852.

“In the families that practiced polygamy, each wife, with her children, occupied a separate house, or, if the wives lived in the same house, as was sometimes the case, in separate quarters. No distinction was made between either of the wives or the children. The husband provided for each family, was responsible for the education of the children, and gave both the children and their mothers the same advantages he would have given to his family under a monogamous relationship. If it was thought he could not do this, he was not permitted to enter into plural marriage.”[1]

The realities of polygamy have been well-hidden behind such false transparency. While more detailed information was available in publications neither produced nor sponsored by the Church, few members sought that out. But these new essays are the first time in which materials from the Church have given this level of detail.[2]

With these essays, members are confronted by stark reality: that Joseph had many wives (40!), many of them already married, many of them young girls; that these were sexual relationships often without any financial support; and that Emma was often kept in the dark about them. That’s a much different picture to face than the generalities found in our manuals and one that is difficult to reconcile with our usual depiction of the beloved prophet as a consummate family man.[3]

Though silent on the issues of eternal families or the celestial kingdom, the Book of Mormon does have something to say about polygamy. Speaking for God, the prophet Jacob referred to polygamy as “a grosser crime” than pride, “whoredoms,” “abominable,” and “wicked”; causing sorrow and broken hearts; and resulting in cursings, destruction, and great condemnation by God (Jacob 3:20-35).

If God condemns polygamous relationships this harshly whenever they are undertaken without his express command, is it any wonder that members feel similarly upon learning the details of Joseph Smith’s behavior? Is it any wonder that they question whether he was, in fact, commanded to follow this practice?

Nor should we be surprised to find that this information challenges our notions about Joseph Smith more generally. It reminds me of something Ta-Nehisi Coates, writing for The Atlantic, said about another public figure:

“It is hard to accept that people we love in one arena can commit great evil in another.… It destroys our ability to lean on icons for our morality. And it forces us back into a world where seemingly good men do unspeakably evil things, and this is just the chaos of human history.”[4]

What is truly remarkable is that many members do manage to reconcile their positive feelings about the Church with their negative view of Joseph Smith’s polygamous practice (in which he entered relationships that we would condemn today). If members are able to do so – however they are able to do so – we should welcome them with open arms. Even as the Church continues to teach that Joseph Smith was inspired in his polygamous practice, we should not insist upon the acceptance of 19th (and early 20th) century polygamy as a qualification for full participation in the contemporary Church. Asking members to embrace something that God usually finds abhorrent is not a healthy standard for individual or institutional spiritual growth.

[2] For a detailed look at what Church publications said about polygamy as of 2008, see http://bycommonconsent.com/2014/11/12/plural-marriage-as-discussed-in-the-church-today/

[3] See, for instance, this compilation of references to Joseph and Emma from sources available on lds.org: http://zelophehadsdaughters.com/2014/11/20/josephs-first-wife-emma/