PAUL, ME, AND STAR WARS 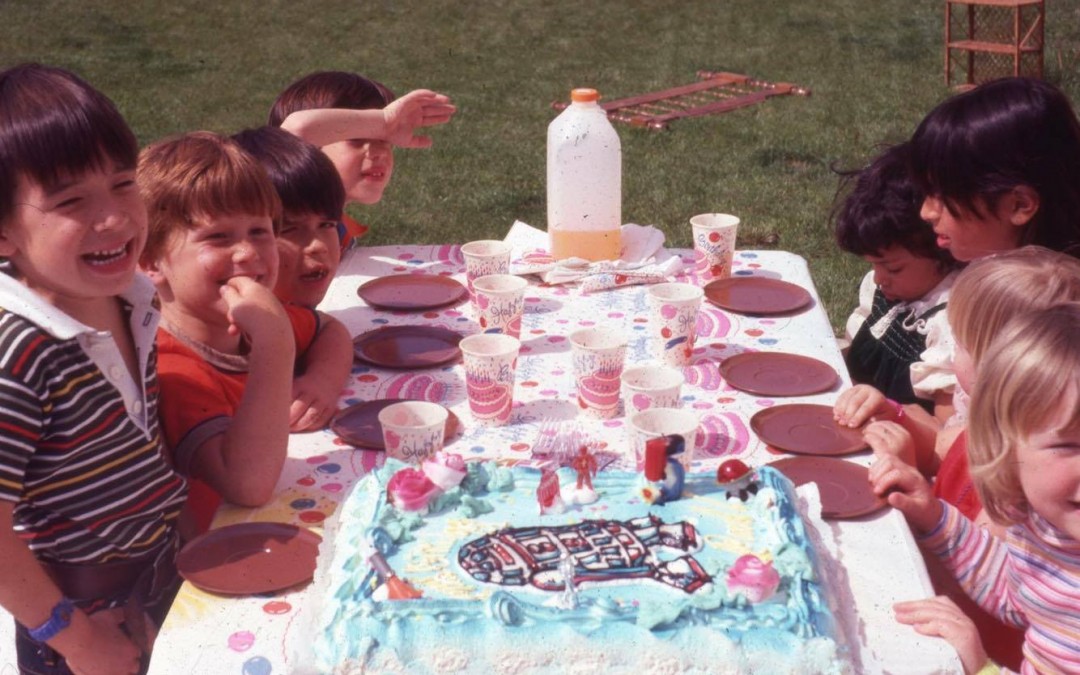 One of my earliest childhood memories is sitting in a movie theater at the age of four with my little two-year-old brother, Paul, asleep in the chair next to me. We were watching Star Wars, Episode IV.

By that time, our parents would have been separated, maybe even divorced. We would have been clueless except for the fact that mom and dad lived at two different places. 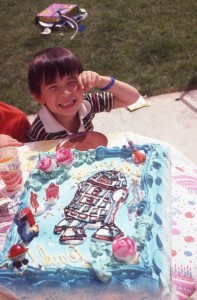 Paul’s cake from his fifth birthday.

Perhaps that is partially why the Star Wars myth is so wonderful for Paul and me. It symbolizes something happy in an otherwise topsy-turvy childhood. Maybe that is partially why I got all weepy-eyed when I saw the Millennium Falcon on the movie screen two weeks ago on a Saturday morning. Perhaps that is why I smiled, clapped, and got too emotional when I saw Han Solo and his loyal friend, Chewy, on the movie sreen. Maybe that friendship symbolizes my brother’s loyalty to me and mine to him.

We’ve been through a lot; often times the only stability at home was each other and our closeness is not something our other siblings (and maybe our wives) understand. It’s ineffable as all good things are.

Maybe it’s none of that

Maybe I like Star Wars because I’m a forty-two year old American man who used the tubing from our dad’s vacuum cleaner as a light saber and played with Star Wars action figures for too long. 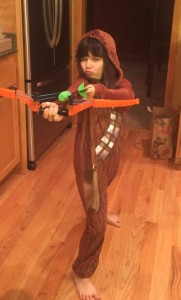 As we were walking to the theatre, with my nine year old daughter holding my hand, I looked at her and asked, “Have you ever been this excited for a movie before?”

We held hands during The Force Awakens and the fingers of her other hand were either in her mouth or covering it during the entire movie.

I think she understands. 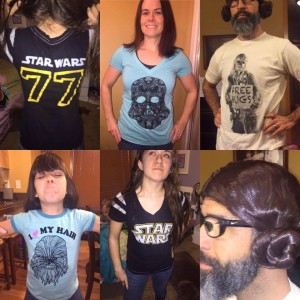 Ya, the Barker gang dressed up when we saw The Force Awakens,