Parking in Zion: Don’t forget where you left your car. 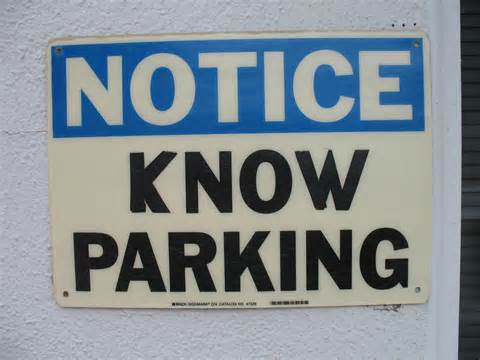 At a recent stake conference, I was asked to be a parking attendant. Actually, I wasn’t given a title, I wasn’t even told what to do or how to do it. The assignment came through my High Priest Group Leader, who informed us that Stake Leaders had asked for our assistance in this matter. I volunteered before I was “voluntold.” I’ve seen parking directors at church functions before, so I guess it’s traditional. It doesn’t seem like people need help parking, after all, they do it on their own every Sunday, but who am I to second guess Stake leaders? Besides, given the exceptionally high volume of traffic for this particular meeting, it might be a good idea. Four of us were assigned, with no inclination of hierarchical ranking, although there were two Elders and two High Priests. The only instruction we got was: “show up an hour early”-so we did. We kind of expected someone to meet us there to give a little instruction, but the only people we saw were the techies and some other guys who had been assigned to be ushers, looking just as confused. None of us had received specific revelation about it, so we came up with our own plan: we’d start at the back corner of the lot behind the building and fill it towards the front. It seemed the logical thing to do. In retrospect, I wonder what the Relief Society would have done differently?

It was cold out but the sun was shining and that felt good. I was at the back while the other three were directing traffic towards me. I tried to stand in a conspicuous place so that the conference-bound drivers coming around the corner would see me easily, and I could indicate vacant spots. I came up with some graceful hand gestures that I felt conveyed the spirit of the occasion. I almost wished that I had some white gloves.

Every once in a while, I would look across the lot at the other guy who had been given parking authority, and indicate how many spots were still available in the row we were working. Once, he directed an extra car in, when all the spots had already been taken. There was a bit of a kerfuffle but the driver solved it on his own with an extra circuit through the lot and no instruction at all, from us.

I learned that you can’t park suburbans side by side, especially since they are likely to be full of little door-dingers. I also learned that, once a row is full, the turning radius is extremely limited and a ford f-150 just ain’t gonna make it and that Fiats are squirreley little suckers! I saw two of them that just zoomed right in, maneuvering through the quickly-filling lot, right into tight spaces. One of them even backed in!

Most people seemed to feel compelled to fill the spaces sequentially, some patiently (or not so much) waiting for the next-door car to unload the baby seat and vacate the space. I even had a couple folks apologize for not complying with the perceived expectation, while offering completely reasonable explanations. I just smiled and said “That’s just fine.”

There was a tense moment when a sweet grandmotherly type, alone in a minivan, parked too close to her neighbor and couldn’t get her door open. It was clear that she would need to back out and re-attempt but she was (rightly) worried about squishing a child. (The place was crawling with them!) I assured her that I would not let that happen. She succeeded with the adjustment and entered the building in time for the announcement of the new Stake President.

As the time drew near for the meeting to start, the parking brigade conferred and decided that it would be safe to let the stragglers fend for themselves. We went in, found our families and were led to our seats by the ushers. There were no fatalities.