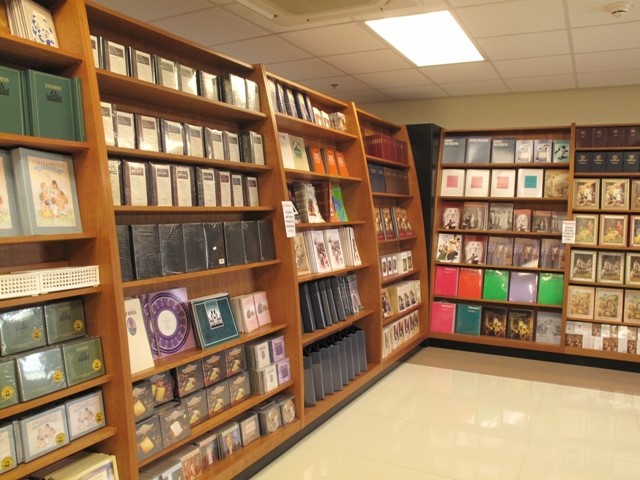 Recently, documents were leaked giving dollar amounts for the stipends of general authorities for the Church.  I will start by mentioning that I agree that a living allowance is moral and appropriate for full-time leaders in the Church.  I acknowledge the tremendous time and energy that many paid and unpaid leaders across auxiliaries, quorums, and missions give to the Work.

This leak was a revelation for many members who were unaware of the existence of paid clergy in our Church.  Others have taken this opportunity to criticize those who haven’t known.  This blog examines the likelihood an active, studious, member of the Church would come across this information through official channels.

I searched lds.org for the combinations to the words paid, ministry, minister, clergy, stipend, and living allowance. I found 58[1] instances declaring that the Church does not have a paid clergy.  The results, in full, are available here.  Of these, only 6 mention the existence of a living allowance.  Ten mention the absence of paid clergy only in the context of local clergy.  The large majority, 72% (42), make no distinction to where the “no paid clergy” statement applies.  Furthermore, 38% (16) of these statements are worded in a way that reasonably could include the general authorities among the unpaid. 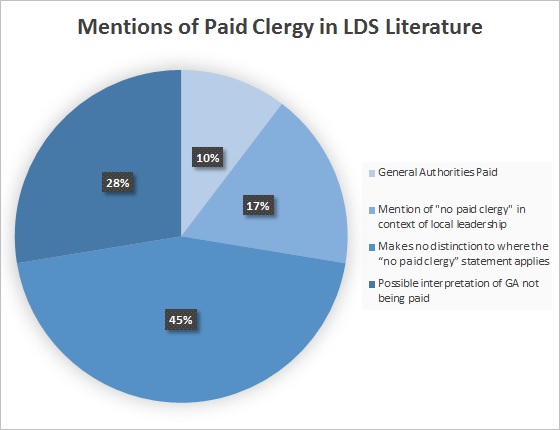 The six mentions of living allowances include the following.  President Gordon B. Hinckley’s October 1985 general conference talk, which has been the primary source for recent defenses.  Note that Hinckley’s statement is only “parenthetically” given. Church spokesperson, Michael Otterson, noted at a 2015 Fair Conference that “their stipend may be less than a tithe on what they previously earned.” Additionally, the D&C Seminary Teacher’s Manual includes it in the supplemental materials of two lessons.   In lessons there is always more regular material than time affords – let alone any time for supplemental materials. The other two instances were only in the context of mission presidents.  One in a 1979 BYU devotional, and the other in a 2011 Newsroom announcement.  One notable absence is the Newsroom page for the Quorum of the Twelve which discusses their full-time service and the leaving of their careers, but no mention of any living allowances.

The somewhat misleading statements include phrasing such as “All of us”; “We”; “the leadership of … His Church…give their time freely”; “Any of the administrators”; as well as comparisons between the “self-sufficient” apostles of old and the unpaid clergy of today. My favorite was Hugh Nibley’s humorous statement.  “Only when [the church] brought in professional help have they come to grief.”  Another ironic instance was a 1997 Ensign article where some saints bemoaned the harassment from the “slaves of hirelings.”  The word hirelings describing “ministers who accepted a stipend for their labors.”

In my lifetime, stipends have never been discussed in general conference or the main body of a manual.  There has been ample attention paid to our “distinguishing feature” of unpaid clergy.  There is only minimal clarification that this is only true on the local level.  Perhaps through the grapevine, I was aware of their “modest living allowance.”  But, after reviewing the official mentions, no one can blame anybody for not knowing.  Our own scriptural exegesis allows for one to have thought otherwise.  “But the laborer in Zion shall labor for Zion; for if they labor for money they shall perish” (2 Nephi 26:31). Or take Alma’s experience, “And notwithstanding the many labors which I have performed in the church, I have never received so much as even one senine for my labor; neither has any of my brethren, save it were in the judgment-seat; and then we have received only according to law for our time.” (Alma 30:33)

Let us be kind to those who are troubled.  Let us seek to understand, especially given the Church’s history in discussing (or avoiding) the topic of finances.  Hopefully this episode will be an opportunity for increased dialogue on the topic and perhaps further transparency – preferably from official sources.

[1] There are 62 in my data set.  I do not include the repeat of the Teacher’s vs Study at Home seminary manuals.  Nor do I include the entry where the topic is not explicitly broached (Quorum of the Twelve Newsroom page).  Finally, I do not include the two mentions of local clergy receiving a stipend, as there is no discussion of either general authorities or “no paid …”.  The first, where stake clerks would receive one for office supplies.  The second mentioning young missionaries’ stipends.

Christopher is a doctorate student in economics at Washington State University. He grew up in Las Vegas, NV. He is a husband to his wife and a father to two boys. He plays the organ at church, the piano at home, and the ukelele when no one is looking. He sometimes blogs at http://bit.ly/2iDPCAf and reads books at Goodreads (http://bit.ly/2jqcdxj)

All posts by Christopher Clarke