“…or we shall not come out true Mormons.” 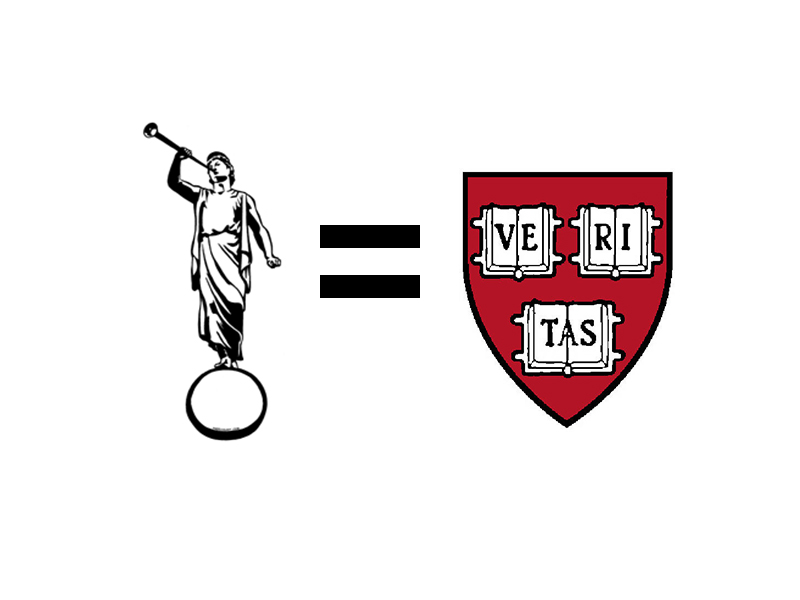 Note: This is the beginning of a series of posts I am conceptually calling, “The Song of Redeeming Love: 20 Neglected Principles of Mormonism.” It is my hope that it will help persons in the midst of faith crises, identify gospel principles with which they can still strongly identify, as they transform or rebuild their conception of personal faith and testimony. 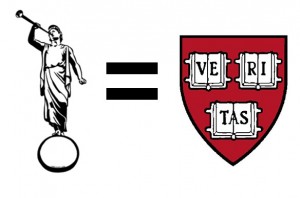 Mormonism’s founder, the Prophet Joseph Smith was asked many times by the leaders and newspaper men of his day to identify his church’s core differences with its Christian contemporaries. His answers differed somewhat over time. To Josiah Quincy he answered that it was the principle of revelation, “Salvation cannot come without revelation; it is in vain for anyone to minister without it. No man is a minister of Jesus Christ without being a Prophet. No man can be a minister of Jesus Christ except he has the testimony of Jesus; and this is the spirit of prophecy.” (Teachings of the Prophet Joseph Smith, Joseph Fielding Smith, 1976 ed, p.160.) To President Martin Van Buren, he claimed it was “the gift of the Holy Ghost by the laying on of hands, and that all other considerations were contained in the gift of the Holy Ghost” (Teachings of Presidents of the Church: Joseph Smith, 97.) In response to a similar inquiry in Ohio, Joseph said the following…

“Mormonism is Truth… One of the grand fundamental principles of Mormonism is to receive truth, let it come from whence it may. (Discourses of the Prophet Joseph Smith, p. 199)

Later, Joseph amplified this statement, “We should gather all the good and true principles in the world and treasure them up, or we shall not come out true Mormons.” (Teachings of the Prophet Joseph Smith, p. 316) 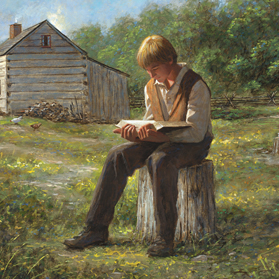 I encountered this latter statement for the first time as a young man when I was deciding whether I would serve a two-year volunteer mission for the LDS church.  By virtue of my interests and extracurricular activities in High School, I had already discovered most of the social, cultural, and historical issues that typically cause what we refer to as a “crisis of faith”, for Mormons. I knew that Mormonism, as I understood it (as a system of beliefs and practices) did not, indeed, could not, have all of the answers.  In fact, I was beginning to recognize some difficulties I had with the institutional church.

But for me, this statement of Joseph’s was the “key of knowledge” that when it was turned, helped me define what my religion was, had been, and would be for me in my future. Mormonism was not just a church. It was bigger than a body of believers or a system of theology. It was more than answers to life’s great questions. Mormonism, as Joseph Smith envisioned it, was a way of life.

In its best form, Mormonism ought to mean the borderless acquisition of Truth in all its forms and from all its sources. To me, that  means scientific discovery is on the same plane as revelation, so long as they both assist me to grow in light and knowledge. Inevitably, one finds places where those two may appear to mutually exclude one another, but all forms of knowledge are, even at their best, incomplete. Christians who tow a hard line on how literally we should understand the universal flood or the age of the earth, would do well to consider the wisdom of early Christian Fathers Augustine and Origen.

“It not infrequently happens that something about the earth, about the sky, about other elements of this world, about the motion and rotation or even the magnitude and distances of the stars, about definite eclipses of the sun and moon, about the passage of years and seasons, about the nature of animals, of fruits, of stones, and of other such things, may be known with the greatest certainty by reasoning or by experience, even by one who is not a Christian. It is too disgraceful and ruinous, though, and greatly to be avoided, that [non-Christians] should hear a Christian speaking so idiotically on these matters, and as if in accord with Christian writings, that he might say that he could scarcely keep from laughing when he saw how totally in error they are. In view of this and in keeping it in mind constantly while dealing with the book of Genesis, I have, insofar as I was able, explained in detail and set forth for consideration the meanings of obscure passages, taking care not to affirm rashly some one meaning to the prejudice of another and perhaps better explanation. With the scriptures it is a matter of treating about the faith…In short, it must be said that our authors knew the truth about the nature of the skies, but it was not the intention of the Spirit of God, who spoke through them, to teach men anything that would not be of use to them for their salvation.”

“For who that has understanding will suppose that the first, and second, and third day, and the evening and the morning, existed without a sun, and moon, and stars? And that the first day was, as it were, also without a sky? And who is so foolish as to suppose that God, after the manner of a husbandman, planted a paradise in Eden, towards the east, and placed in it a tree of life, visible and palpable, so that one tasting of the fruit by the bodily teeth obtained life? And again, that one was a partaker of good and evil by masticating what was taken from the tree? And if God is said to walk in the paradise in the evening, and Adam to hide himself under a tree, I do not suppose that anyone doubts that these things figuratively indicate certain mysteries, the history having taken place in appearance, and not literally.”

In my experience, scriptural truths are always more powerful when I examine them closely  for symbolic or allegorical meanings; and when I try to apply them carefully, than when I take them at face value. An understanding of “Truth” is best acquired from a vast collective of sources and methods. This means our personal understandings of the world can be as various as the number of souls who have lived in it, and indeed they are. 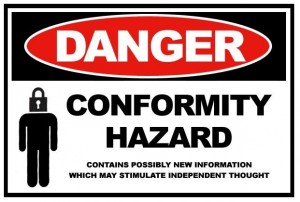 Is the goal of a religion to make every member think and believe exactly the same things? If so, I know of NO successful religion. There are roughly 1.6 billion Muslims on our planet, and despite some intense efforts at enforcing a theocratic uniformity of doctrine and practice, I’m relatively certain there are at least as many interpretations of Islam as there are Muslims. Probably more. The same is true of Mormonism. Consider how things like “folk doctrine” are able to perpetuate themselves, despite endless repudiation… It only takes a small amount of discussion on a topic like consecration or polygamy to reveal how different our individual conceptions of Mormonism really are.

A Declaration from the First Presidency issued on February 15, 1978, illustrates the principle behind what David O. McKay called the “broad tent” that Mormonism should be. (David O. McKay and the Rise of Modern Mormonism, p.53).

“The great religious leaders of the world such as Mohammed, Confucius, and the Reformers, as well as philosophers including Socrates, Plato, and others, received a portion of God´s light. Moral truths were given to them by God to enlighten whole nations and to bring a higher level of understanding to individuals. Our message therefore is one of special love and concern for the eternal welfare of all men and women, regardless of religious belief, race, or nationality, knowing that we are truly brothers and sisters because we are sons and daughters of the same Eternal Father”. (Statement of the First Presidency, Feb. 15, 1978, frontispiece. Salt Lake City, 1978.)

Apostle Orson F. Whitney claimed, the gospel “embraces all truth, whether known or unknown. It incorporates all intelligence, both past and prospective (future).  No righteous principle will ever be revealed, no truth can possibly be discovered, either in time or in eternity, that does not in some manner, directly or indirectly, pertain to the Gospel of Jesus Christ” (Elders´ Journal 4, no. 2 [Oct. 15, 1906]:26).

The twelfth article of faith declares: “We believe that [God] will yet reveal, many great and important things pertaining to the kingdom.” And indeed the thirteenth article of faith teaches, “If there is anything virtuous, lovely, or of good report or praiseworthy, we seek after these things” (A of F 12, 13).

In the next year before my mission, I read Aquinas, the Tao Te Ching, a Hindu scripture called the Bhagavad Gita, a good chunk of the Qur’an, the Atheists’ Bible, and a lot of Kierkegaard. Admittedly, this is not a typical course of study for most 18-year old Mormons, but I wanted to understand more than I did about other faith traditions, before I went out to discuss religion and theology with strangers, all-day, every-day for two years. (I also thought I was going to major in philosophy). In early 1999, I decided I would receive the Melchizedek Priesthood, an ordination Mormon young men typically receive in early adulthood and necessarily receive prior to their missionary service for the church. Shortly after my ordination, and after having made application to serve a mission, I received a Mormon sacrament called an endowment in the Mormon temple in Mesa, AZ. The nature of this ordinance is not really important to this discussion, except to say that participants take part in a ritual analogy of our walk from spiritual pre-mortality to birth, through life and death, and back into God’s presence. I encountered two phrases in the course of this experience that changed my life. The first is a variation on a masonic concept that “all Truth is contained in one great whole” (The Craft: Scottish Rite Freemasonry, p. 112) and the second is a phrase from the Doctrine and Covenants that I had either never read, or never understood up until that day. As I left the room in which the ordinance culminated, a place in the temple called the Celestial Room, which represents the paradise of God, I descended a staircase and looked back up to find these words superscripted above the door.

The verse continues, “or in other words, Light and Truth”.

If Mormonism is Truth, and there is valuable truth to be gained throughout the world; if all truth is part of “one great whole”, and God’s glory is Intelligence, then it follows that the way we become like God and live with him for eternity (the stated goal of Mormon faith), must be by acquiring as much Truth as we are capable of acquiring.

See?  Much bigger than a church… a way of life.