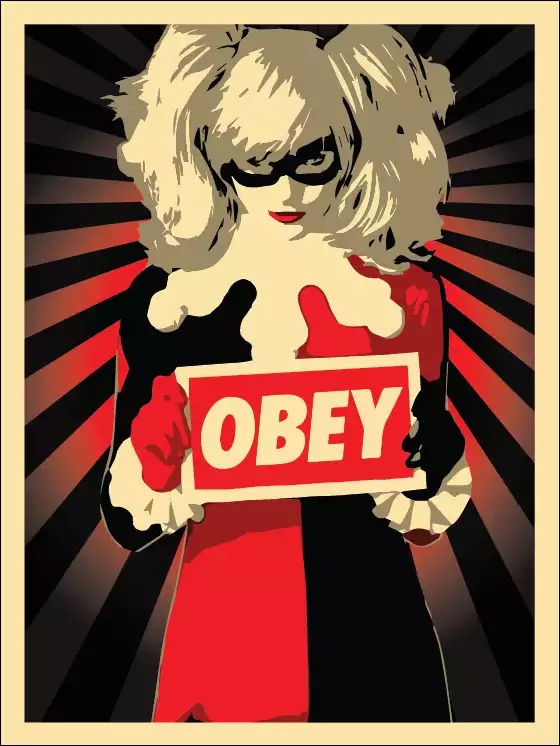 The God I worship delights in righteousness, not obedience.

Obedience does not mean the same thing as righteousness. Righteousness embodies goodness and uprightness. Obedience embodies compliance. Which is why we ‘sustain’ our prophets not honor/revere/worship them.

Israel revered the law. They made it into an idol. Jesus offered them course correction. He fulfilled the law. He honored it by illuminating for us its greater purpose. To inherit eternal life through the mysterious miracle of his grace. Christ wants a covenant relationship with us, so we can become heirs of his righteousness, so no matter how wanting, we can be judged to be perfect.

Obedience for the sake of obedience is not the answer. When righteousness and obedience diverge, we must choose righteousness even when it means acts of disobedience. Our model here is Eve. Eve is the hero in the Eden narrative. Eve is the model of righteousness and yet a standout model of disobedience. I cringe whenever I hear a Mormon characterize her as the cause of the fall. We should know better. She is never called the author of death. Her name is the mother of all living. Hers is the way of life. She is the reason the plan of happiness unfolded. Hers is the pattern of joy. Adam’s willingness to obey despite understanding “why” is only commendable because Eve had the gumption to disobey when it was truly necessary. Left alone, Adam would have obeyed himself through an eternity in that idyllic garden with neither knowledge, posterity, nor progression. Never asking why. Never learning anything. Never becoming like God. 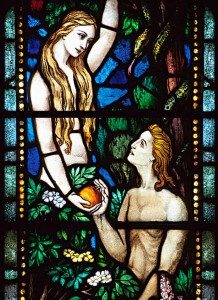 It is this fundamental belief of my Mormonism that tells me, I have a moral and a covenant obligation to question the men who lead this church when they fail their stewardship. And I have a standing obligation to call them on it.

Jesus did not merely defer to the Elders of Israel. When they turned the House of God into an engine of the economy and a racket to grow personal fortunes, he denounced them as a generation of hypocrites and a pit of vipers.

When Paul and Peter were seen by conservative Jewish Christians dining with Gentiles, and Peter withdrew from them, Paul straight up called him out. Peter cared too much about the appearances of keeping the law. Paul reminded him that the purpose of the gospel of Christ was fundamentally at odds with the law. Those once treated as strangers and foreigners were now to be regarded as fellow citizens with the saints. I imagine after Paul’s rebuke, Peter also remembered the words of the Lord to him in vision, “what I the Lord have cleansed, call not thou unclean.” Peter repented. He sought the forgiveness of his brethren. He went forward and taught the church the truth. 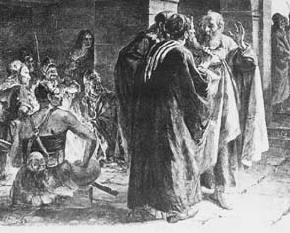 I see so little of this from our leaders in the modern church. In fact, what evidence we do have of church government since the McKay era often suggests a pattern of apostles covering up for each other when mistakes are made.

Elder Ezra Taft Benson ran roughshod over his quorum and contrary to the express wishes of the church president for nearly twenty years. He was frequently reproved and told to shape up. But not once was he made to apologize, repent, or even correct himself behind the same pulpit from which he spewed hate, extremist politics, and nonsensical conspiracy theories in general conference.

Elder Bruce R. McConkie published Mormon Doctrine against the express wishes of the prophet (who declared it to be teeming with doctrinal errors, calculated by two apostles at more than 180). My personal favorite was that little nugget about obedience being the first law of heaven. Scripture blatantly contradicts that assertion.

Elder Mark E. Peterson preached racist justifications for the priesthood ban throughout his 40+ years as a general authority, including the evils of interracial marriage well into the 1980s. His vitriolic sermons are still all over LDS.org.

Even a beloved luminary like Gordon B. Hinkley was duped by a forger and purchased with his personal fortune, documents that purported to disprove Mormon truth claims, with the explicit purpose of concealing them from the eyes of the world.

I am tired. Nay, exhausted, of being called unfaithful for calling Apostles on their crap. The fidelity I owe is to Christ and his gospel. When the cause of Zion is made to cower under the heel of unrighteous dominion, “sustaining the brethren” means speaking up when they’re wrong. Period.

Elder Oaks. Elder Holland. Elder Ballard. Elder Nelson. President Monson. I am grateful for your long and devoted (albeit compensated) service, but not one of you gets a pass from criticism. What servant of God has ever enjoyed that?! What makes you think that has anything to do with the holy apostleship? The original 12 were crucified, strung up and burned like torches, stoned, exiled, torn apart by lions, beaten to death, and had their brains dashed out with fullers’ clubs. You can get called out for being a misogynist ass on a few blogs. I think you’ll live.