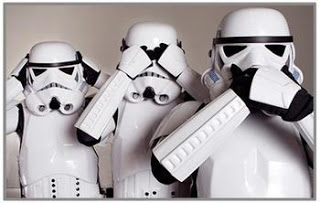 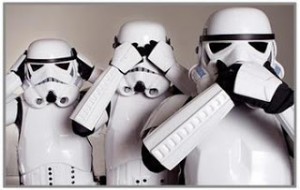 I know the topic of giving and receiving offense has been thoroughly combed over in other forums, but it is such an important topic that I believe a great deal of the major points bear repeating. I want to particularly address judgment, hypocrisy, and the fauxpology. I believe that these three things (separately or combined) are the largest obstacles to creating Zion here on Earth.

It’s important when discussing judgment that it be made clear that human beings are designed to make judgments. We must make calculated decisions to protect our lives and the lives of our offspring. This includes an inborn drive to reject “the other”. This is natural—that doesn’t necessarily make it acceptable since we no longer live our natural lives. Even the most tolerant and enlightened among us (of which I certainly am not) will have a great deal of trouble truly walking a mile in another man’s shoes. I’ll simply come out and say it, judgment that attempts to infringe upon the free agency of another human being who is not hurting anyone is evil. It is. Man’s greatest gift from God is our ability to choose our own path. Mormons especially should be sensitive to this line of thinking yet sadly sometimes we are the biggest culprits. Judgment of this kind does no good for anyone and more often than not pegs us as the biggest beam-spotters and moat-havers around. Just stop it.

A prevailing theme amongst those of the judgiest sort are that they will continually ask of others more than they ask of themselves. I think we are all familiar with the term “Cafeteria Mormon”, but for those who may not be, it is exactly what it sounds like. It is when (usually members of the orthodoxy) accuse “others” of picking and choosing what they believe—either from The Bible, The BOM, or from general common law Mormon practice. They say because I curse, or I support gay marriage that I can’t possibly be Mormon. To that notion, I say I have two words for you, but I am sure you don’t want to hear them—love me. Do you know what a real heaping helping of Cafeteria Mormonism is? When God hates all the exact same people you do. It’s funny when that works out, huh? It’s funny how you missed all that stuff in scripture about Christ-like love and alighted upon a few lines in the Proclamation (which is actually not scripture). No confirmation bias or hypocrisy there I am sure.

Finally, we come to the fauxpology. The fauxpology is the mother of judgmentalism, hypocrisy, arrogance, and a total lack of empathy. For those who have never been so blessed to see (or hear) one, it looks something like this: Person A: “Incredibly offensive statement!” Person B: “Wow that was really hurtful and offensive to me.” Person A: “Well, I’m sorry you were offended, but…explanation of why I’m not actually sorry and some mental gymnastic defense usually involving my right to free speech.” The fauxpology is also a hugely passive-aggressive move—if you’re really not sorry then don’t apologize. Own your words, and realize that you also own any consequences that come with them. The right to free speech is granted by the government, not by me. You can believe that if I do not like something you say I am going to call it out. The fauxpology is condescending, and makes you look at least 1,000 times worse than if you had just left it at your stupid offensive statement. It also brings me to the crux of what I want to say; when we were baptized, we covenanted to mourn with those that mourn and comfort those that stand in need of comfort. If someone tells you that something you have said hurts them, why is that not enough? Even if your slight was unintentional, why is your ego too big to be able to apologize for inflicting even unintentional harm? Just stop it! As always, your thoughts…