No, My 8 Year Old is Not Getting Baptized 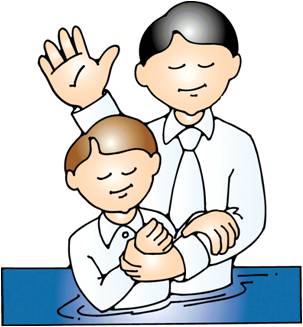 My oldest child turns 8 in December. I know what this means for my cultural traditions.  He has been getting invited to baptisms all year long as the rest of his primary class moves through this coming-of-age hallmark. But I can’t do it. I can’t allow it.

Let me be clear about this. I felt this way long before November 5, 2015 (stayed tuned, though, because now it has a role).  I’m not using my children as pawns in a political protest.  What I honestly believe is that 8 years of age is far too young to ask a person to make a commitment of that magnitude.  You have to really be stretching everything we know about child psychology and cognitive ability to claim otherwise.  If we relied on Erikson’s stages of development, we’d wait until at least the teenage years, if not adulthood.  I think Piaget would have us wait until they are at least 11.  Kohlberg would surely suggest we can’t really understand the implications of the baptismal covenant until well into adulthood.  And Fowler, who spoke specifically about stages of faith, says that it is in adulthood that we can start to parse our beliefs based on our own moral compass.  By all accounts, a child at the age of 8 is doing what their culture, society, and institutions expect of them.  They are not making decisions of belief because they are simply too young to be cognitively capable. (Please don’t send me 100 messages about how this isn’t true because it wasn’t true for your child.  My automatic response will be to assure that your child is a special snowflake but not the standard.)

I had no idea what I was really doing at the age of 8.  I don’t even remember my baptism.  And I was certainly well into adulthood before I was able to separate my own beliefs from that of the culture I grew up in.  I’m not doing that to my children.  Don’t get me wrong.  I will be raising them in my faith.  I will teach them what I believe and I will guide them with the gospel principles that I hold dear.  But I will not manipulate my children into making a decision about what they believe long before they are capable of understanding it. 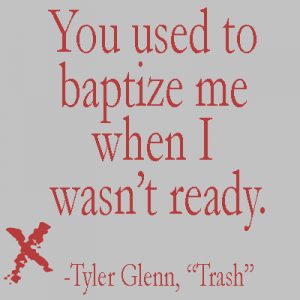 And you can’t talk me out of it.  This is where November 5, 2015, does come into play.  Because maybe before that day you could have said my child needs this ordinance as a boon throughout the teenage years.  You could’ve argued that the gift of the Holy Ghost is necessary for this difficult period of change and growth.  You could’ve told me I was doing a disservice to my children by keeping them from those blessings.  But now?  Now you can’t tell me all of that and also support that policy.  You can’t tell me that *my* children will be damaged by a lack of those blessing and then turn around and say there is no harm in making the children of same-sex couples wait for them.  If *they* are not being denied blessings, then my children aren’t either.  If you want to convince me that my children must be baptized ASAP, then you must admit that the Exclusion Policy is a punishment for those children. And then you have to explain to me a God that punishes children for the sins* of their parents.

In the meantime, I’ll just assume we’re all fine with my decision then.

*I don’t believe there is any sin involved in the scenario I’m referencing. But you get my point.