My Wedding, My Sealing 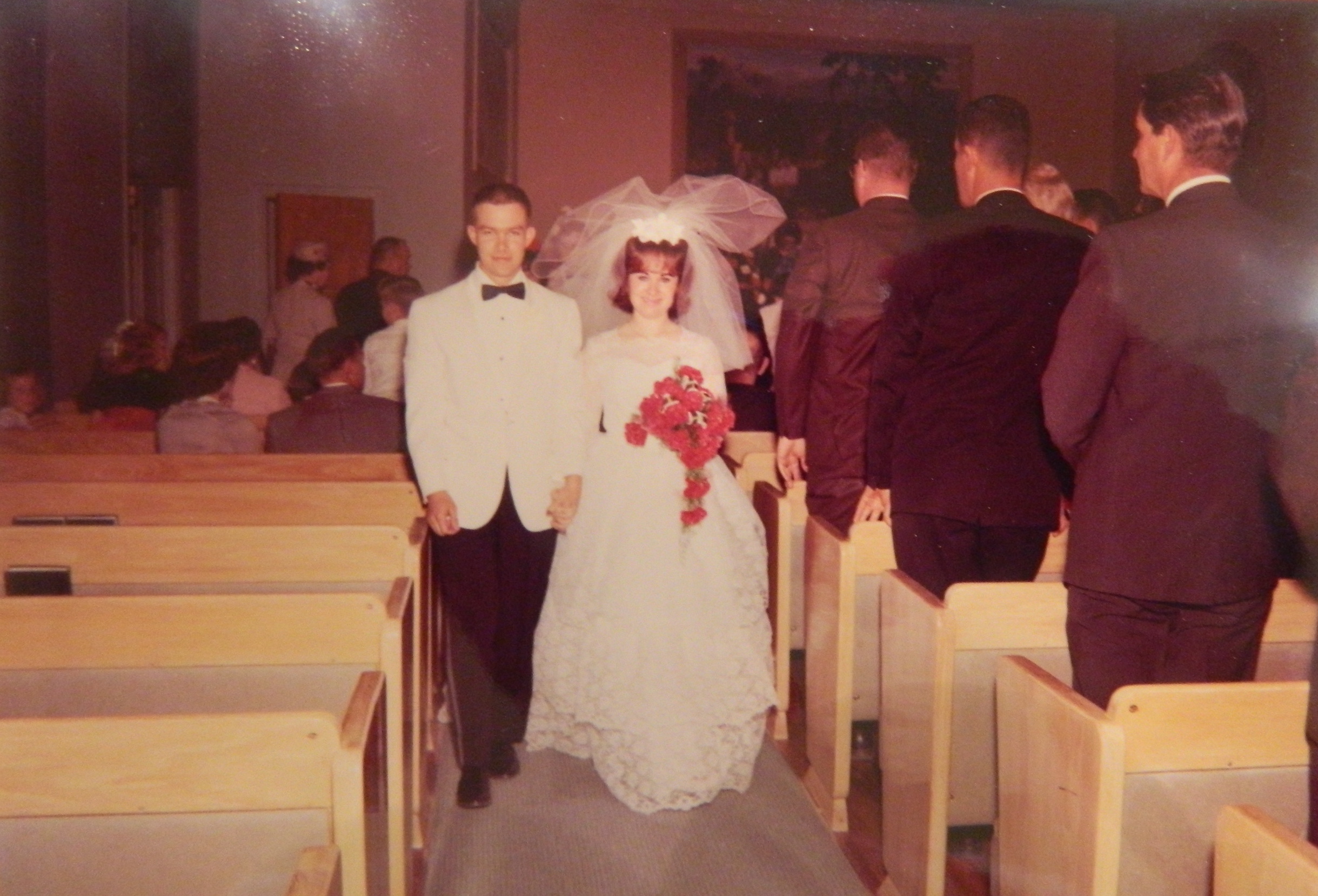 When I was growing up, we seldom went to church. On the rare occasion that we did go, I would sit and watch my dad twiddle his thumbs. Dad came from an 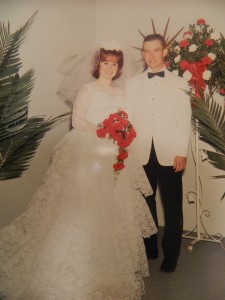 LDS family, but had long ago decided that he didn’t have time for all “the meetin’s”. When asked if he would come and help with the ground breaking for the new chapel, Dad offered to bring his garden tractor. With the tractor, he reasoned, they could be done in nothing flat. “Oh No Brother Wells”, he was told. “We don’t want to use tractors. This is to be a time of fellowship”. Well, in that case, he didn’t have time for “such nonsense”.

My mother, at the time, was not a member. Mom was always a very prayerful person with an abundance of faith. We learned of Heavenly Father and Jesus, and would often pray together as a family. When the time came for my older brothers to go to college, BYU was the only one my parents would consider sending them to. I was about 13 at the time. The next summer, my brother asked Mom to join the Church. She didn’t want to. This was what she wanted for her children, it just wasn’t for her. Well, “if it’s not good enough for you, it’s not good enough for me—I just won’t go any more either”.  In protest, and to prevent my brother from becoming inactive, Mom was baptized, along with me and my younger brother.  Did we start going to church? We did for a little while, though I must say we never felt comfortable. 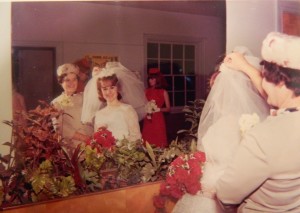 Patty and her mom

When I graduated and wanted to go to college, BYU was the only choice. Of course I became active, and loved it. I met my sweetheart and we started talking about marriage. My fiancé had been raised in the church, and had always thought that when the time came, he would get married in the temple. My parents hadn’t been married in the temple. I said to him one day “I know that a loving Heavenly Father would not keep my parents apart just because they weren’t sealed in the temple.” He replied “well, that’s the contract they agreed to”. Put that way, it made total sense to me. I didn’t want a marriage that had an expiration date. I wanted an eternal marriage. When the time came, however, I had a very difficult decision to make. If we were married in the temple, my parents couldn’t be there! How could I do this to my Mom! I decided I couldn’t! My sweetheart understood. I can’t say the same for his parents or the bishop that married us. We were married in the chapel. Thinking back, I would not have done it differently. When we did go to the temple, we’d been married a little over a year. I knew this person so much better than I had on our wedding day. My feelings for him had greatly multiplied, making our temple sealing much more meaningful than it would 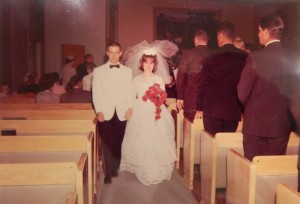 Patty walking down the aisle.

have been. The next time I saw my Mom, I showed her both marriage certificates and said “now we’ll be together forever”. Mom was sealed to Dad after he had passed away. She recently turned 95, and often comments on how wonderful it will be when they are reunited.