My Experience Reading the Holy Qur’an 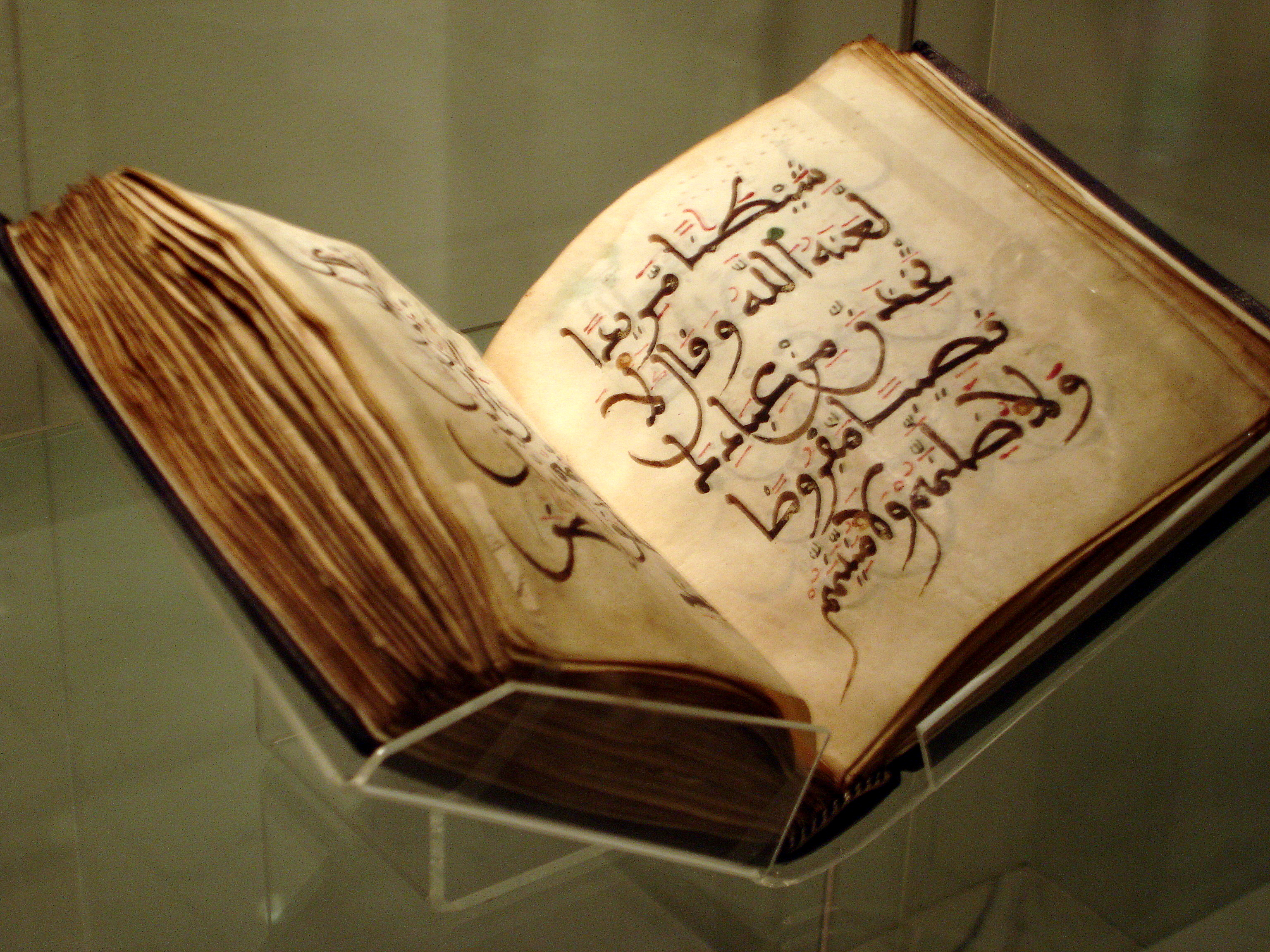 I recently had the opportunity to visit the East London Mosque with a group of study abroad students. We were given a tour of the mosque and learned some of the fundamental tenets of the Islamic faith tradition. At one point our tour guide made the following comment: “How do we know that the Qur’an is true? Because it was given by an angel to the Prophet Muhammad who was from a rural background with little education. How could someone with so little schooling have produced something as pure and true as the Holy Qur’an?” With this my Mormon ears immediately perked up as I’d heard a similar argument many times before in my life about Joseph Smith and the Book of Mormon.

So I decided to give it a try. I’d never read the Qur’an before and so I picked up a copy and read the text cover to cover over the course of about two months this summer. What follows are some of my general impressions of my experience with the Qur’an. For full disclosure: I am completely unqualified to speak authoritatively about Islam in any way. My intention is merely to offer my perspective as an “outsider” who knows only a little about Islam. Anyone with more than a passing familiarity would be able to offer better context and analysis than what I present below. Any errors in how Islam is presented are entirely my own.

The first thing that struck me was how “familiar” the narrative of the Qur’an felt, especially given how much Islam is unfortunately so often perceived as “The Other” in contemporary American religious culture. In fact, at times it felt much like I was reading the Hebrew Bible (Old Testament). There are narratives of prophets and heroes. God commands regulations for prayer, diet, community interactions, family structures, charity, and social justice. There are multiple narratives of Abraham, Joseph, Moses and Pharaoh, and others from the Bible. There are also a fair number of narratives about Jesus and Mary. Some of these stories follow the Biblical narrative closely while others have some interesting variations. (The narrative of Joseph in Egypt is especially interesting in how it departs from the Biblical account, see Sura 12.) In fact, the Qur’an explicitly recognizes both Jews and Christians as “People of the Book” and acknowledges the Bible as an inspired revelation (3:1-4).

Mormons may find parallels with how the Qur’an discusses these various prophets. One of the chief narratives in the text is how God calls prophets throughout human history. These prophets reveal truth but the people invariably do not accept and go astray (see 2:253, 5:12-14, 15:1-15, e.g.). When this happens, God calls another prophet to try again. The pattern repeats itself until the calling of the prophet Mohammad who is understood to be the last prophet before the Last Days. Again, the parallels with Mormonism are striking.

Muhammad’s story itself has interesting parallels with Mormonism. As I understand it, Muslims believe that Muhammad was an uneducated rural visionary who received revelations from the mouth of an angel (Gabriel) and dictated these revelations which eventually became the Qur’an. Muhammad’s followers formed a religious community and were forced to flee from one community to another due to persecution. Despite these persecutions, the religion quickly became a fast-growing success. This should sound familiar to students of early Mormon history.

It was also interesting to note that Muhammad is frequently reassured by God of his divine calling in the Qur’an. God frequently draws contrasts between him and the “unbelievers” who accused him of teaching nothing but fables and legends (see, for example, 46:17-18). God sometimes tells Muhammad to challenge the unbelievers to produce a revelation that matches any of those found in the Qur’an (2:23-24, 10:37-39). This reminded me of D&C 67:5-8 where God gives a similar challenge to critics of Joseph Smith.

One narrative I found especially interesting was the origin of Satan. Sura 7:10-19 describes how God creates humans and asks the various angels to bow down and worship Adam. One angel named Iblis refuses to bow down to Adam, for “I am better than him: You created me from fire and him from clay” (7:12). For his disobedience he was cursed to become Satan. The parallels with Moses 4:1-4 are not exact, but intriguing nonetheless.

It was also interesting to note that Sura 56 prophesies that on the Day of Judgment everyone will be sorted into “three classes”: those in front of God (the most faithful believers), those on God’s right (other believers), and those on God’s left (the disbelievers). This struck me as roughly analogous to the Kingdoms of Glory described in D&C 76.

There were also parts that were personally somewhat off-putting to me. The god who speaks in the Qur’an is very black and white (35:7, e.g.) and has no patience for those who doubt or disbelieve (24:50, e.g.). The Qur’an also frequently describes the very harsh punishments that await disbelievers: “We shall send those who reject Our revelations to the Fire. When their skins have been burned away, We shall replace them with new ones so that they may continue to feel the pain” (4:56). Indeed, the specter of hell is vivid and harsh throughout the Qur’an (7:50-51, 10:4, 19:68-72, 22:25, e.g.). There are times where God seems even to brag about the communities that he destroyed for their faithlessness (21:6, e.g.). There are also passages where God insists on complete and unwavering obedience to The Prophet: “When God and His Messenger have decided on a matter that concerns them, it is not fitting for any believing man or woman to claim freedom of choice in that matter” (33:36). I will admit that these passages did not resonate spiritually with me and I was tempted to think that they may be evidence of an absence of divine inspiration in the text. I quickly realized, though, that the divinely-mandated violence and threat of hellfire in the Qur’an is on par with much of the Old Testament and even portions of the Book of Mormon. If I were to reject the Qur’an because of these passages, I’d have to toss out the Bible and Book of Mormon as well.

THE QUR’AN AND THE BOOK OF MORMON

As I was reading the Qur’an I tried to pay attention how I felt inside. Did I feel the Holy Spirit? Did I feel inspired and edified? Did it draw me closer to God? Sometimes the answer was definitely “yes.” Some passages are beautiful and inspiring (examples for me include 3:100-109 and 9:26). Other times I’ll admit I was bored as it seemed to be repeating the same basic ideas over and over again. Other times I was repelled by the “hell, fire, and brimstone” rhetoric. All in all I felt… more or less the same way I feel when I read Christian or Mormon scriptures. If I were to judge the veracity of a religion by how I feel when I read its sacred text (as Mormon missionaries ask thousands of people to do every day with the Book of Mormon), I don’t know that I could reject Islam as “true” any more than I could reject Christianity or Mormonism as “true.” My spiritual experiences while reading the sacred text were largely similar.

What do I make of the argument presented by our tour guide at the London mosque about the Qur’an and Muhammad’s inability to have authored the text on his own? I was certainly impressed with the sophistication of the theological ideas and the beauty of the prose. It seems that Islamic apologists make similar arguments about why Muhammad could not have authored the Qur’an as Mormon apologists make about Joseph Smith and the Book of Mormon. What objective basis do I have for accepting one but rejecting the other?

One of the key take-aways from my experience reading the Qur’an was that the distance I perceived between myself and Muslims or between Mormonism/Christianity and Islam was reduced considerably. Instead of encountering something foreign and strange, I encountered something familiar. (This makes recent conversations about Islam and the American presidency seem all the more ridiculous.)

Ultimately, one of the key themes of the Qur’an is to “believe and do good deeds” (29:9). That is likely what I will remember most from my experience with the Qur’an. I appreciate and can endorse that charge.