Moses, The Sound of Music, and Storm Troopers 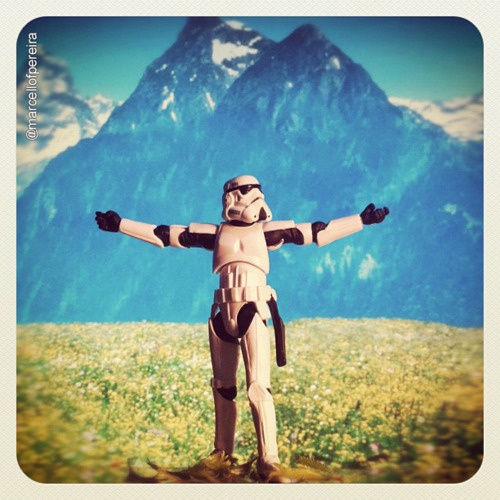 As the lights dimmed in North Medford High School’s Sjolund Auditorium, my nine year daughter put her little hand in mine and with my other I held my wife’s hand.

Captain von Trapp blew his whistle for the youngest to step forward.

My daughter looked up and with her smile whispered, “She’s so cute!”

I smiled and rubbed the back of her hand on my beard and she laid her head on my shoulder.  More whispers came later:

A gasp from my daughter

“Do you think they really kissed?”

“But what if they are married?”

“They aren’t.  They are just teenagers.”

Later a giggle as she looked up at me. 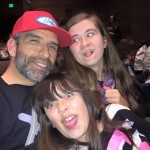 These are what Edelweisses really look like. If you look close, you can see Grandma Patty looking at the play bill over behind us to the right.

With her smile she whispered, “They said Storm Troopers!”

“Oh. Yea.  Star Wars got that name from the Germans.”

During the first act I thought, “We should buy this movie.”

About two days prior to this event my wife had mentioned that one of our high schools was doing a performance of the Rodgers and Hammerstein’s, The Sound of Music.  She thought it would be fun to go with our daughters and I agreed.  It was the 50 year anniversary of the movie after all.  Now, this might not sound all that interesting, but let me give you the backstory.

I grew up with all boys with exception of my sister who was born right before my mission.  I didn’t like musicals – which probably isn’t much different than most boys.  To be honest, I still don’t like musicals.  I’m just not a cultured dude. I had seen The Sound of Music when I was young.  I also saw West Side Story after reading the script for my freshman English class. And to be honest, I kind of like making fun of those two musicals.   I’ve been known to break out singing, “I am sixteen, going on seventeen. Innocent as a rose,” while in the operating room. I mean, that’s just funny.  And who doesn’t like a dude crouching down, snapping his fingers and singing, “The Jets are gonna have their day tonight!!! The Sharks are gonna have their way tonight!  Tonight! Tonight! Won’t be just any night…”  Or suddenly yelling, “Cracko jacko!!! Womb to tomb. Sperm to womb!” It’s a guaranteed laugh.  I promise.

But wait.  It gets worse. My brother, Paul, and I were lousy sons.

As a teenager, after opening all our Christmas presents, there was one present that remained.  None of us knew from whom the gift was or to whom the gift belonged.  There was no label or markings on the wrapping paper. But the wrapping paper was the same that our family used for wrapping gifts that year.  Somehow my mom knew.  She knew the gift was for her. My brother, Paul, and I were just confused.  She opened it and it was a VHS copy of The Sound of Music.  “I knew no one would buy it for my so I bought it for myself,” our mom said.

My brother and I are horrible people.

You see,  I am a neanderthal. But when my wife asked if I wanted to go see The Sound of Music, without hesitation, I said, “Yes.”  Daughters will just get into your heart and change you.  They bring perspective and beauty to your life.  You appreciate and notice things that you haven’t before noticed.  As I sat in the auditorium, with my nine-year-old smiling, whispering questions to me, head on my shoulder, I wondered:

Do we, as children of Heavenly Parents, provide perspective that they might not have noticed? Do they continue learning and growing as a result of their interactions with us, as I have grown and changed through interactions with my own children?

For traditional creedal Christianity (and for most Mormons), this is a heretical idea.  For God is a necessary being. In fact, he is the only necessary being. That is, God could not, not exist.  This is in contrast to humans (and the universe), which are contingent upon God.  That is, human beings (and the universe) could possibly not exist, for God brought all into existence ex nihilo. Since God is a necessary being, He (I’m working within the context of traditional Christianity) does not depend on us to point things out to Him.

But I disagree.  We need God and God needs us.

Consider these two passages of scripture:

“And Yaweh said, I have surely seen the affliction of my people..I know their sorrows…behold the cry of the children of Israel is come unto me: and I have also seen the oppression wherewith the Egyptians oppress them. Come now therefore, and I will send thee unto Pharaoh…” (Exodus 3:7,9,)

“..and they cried, and their cry came up unto God by reason of the bondage. And God heard their groaning, and God remembered his covenant with Abraham, with Isaac, and with Jacob.  And God looked upon the children of Israel, and God had respect unto them.” (Exodus 2:23-25)

When I was a teenager sitting in the back seat with my brothers I would sometimes see my dad looking at us through the rearview mirror.  Although I could not see his entire face I could see his eyes.  And his eyes were smiling.  I never understood that until I became a father.

Now when I look at my Edelweisses in the rearview mirror, I understand my father’s smiling eyes. For my daughters have changed my heart.