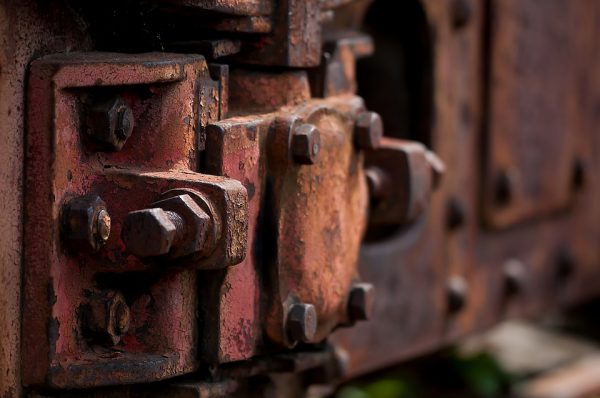 To begin with, I’d like to acknowledge the vastness of good which exists in this world. All around me I see people making difficult decisions and acting with integrity in their lives. I am moved by the breadth of spirituality which exists throughout the world — of people reaching out and approaching the divine, the infinite. I recognize that more often than not this happens within perspectives and worldviews of which I have only a superficial knowledge and understanding. Despite my growing appreciation of the diversity of subjective spiritual experience throughout the world, many of my personal experiences have occurred in the context of Mormonism. As such, my comments are fully grounded in my own Mormon perspective, but I still hope that the underlying issues I am exploring might be of interest to my good friends who inhabit various disparate perspectives. The specific issues which I’d like to explore are Faith, Knowledge, Questioning, and Certainty.

Over the course of my life there are select chapters and verses of scripture which have distilled themselves in my mind in a dramatic way. Ideas that I keep coming back to, ideas that deeply resonate with me, ideas that ring a chord of truth within my heart. One such chapter is Alma 32 in the Book of Mormon. The latter half of that chapter has a beautiful discussion on the relationship between faith and knowledge. It provides a compelling and visual description of how faith transforms over time into knowledge.

To begin with, Alma challenges his audience to “awake and arouse [their] faculties, even to an experiment upon [his] words” (verse 27). This is really interesting: Alma is basically asking them to question what they think they know, and to make room for the potential that there is more to learn. He knows that as the people listen to what he says, their natural reaction will be to dig into their current belief system and to superficially reject everything which he feels he can offer them. He recognizes that there will be no inroad into their hearts until they are able to question themselves. They need to first acknowledge the possibility that there is something which they don’t already know which could benefit them.

One ingredient to personal growth is the ability to question ourselves. In the first half of Alma 32, Alma describes this state of being as humility. This is what helps us to get out of our own way, recognizing the weakness and limitations of our own humanity, and opening our hearts to the potential that there is something more for us to learn and discover. This is one reason that adversity is such a primal element of our human existence: because challenges push us to question ourselves, humble ourselves, and ultimately open ourselves to further growth.

One of the biggest obstacles I’ve experienced to personal growth over the course of my life has been certainty. When I abound in certainty I am so confident that I understand myself and God and the world around me that I have no need to question myself. This state of mind prevents me from further growth and development, and a deeper refinement of the things which I think I know. I am convinced that as Anne Lamott wrote: “The opposite of faith in not doubt; but certainty.” This is exactly what Alma is saying: he is pushing his audience to let go in a very small way of their certainty, and to make a small spot in their hearts to consider the potential truth of the words he is imparting to them.

Alma is not standing there asking people to simply believe what he is teaching them. Rather he challenges them to “experiment upon [his] words,” which he lays out as the process by which ideas can be examined and tested, and by which faith can over time be transformed into knowledge. His recipe is quite simple: we open our hearts to the potential that an idea could be good. At this point Alma introduces the symbol of a seed which we plant in our heart, and he suggests that “if a seed groweth it is good, but if it groweth not, behold it is not good, therefore it is cast away” (verse 32). In other words, we can measure the goodness of ideas that we encounter by observing our subjective inner-experience as we hold these ideas within us. Alma says that that which is good and true will “swell within [our] breasts; and…beginneth to enlarge [our] soul; [and] beginneth to enlighten [our] understanding, [and] beginneth to be delicious to [us]” (verse 28).

Over the course of my adult life I’ve been surprised to observe that in terms of spiritual truths, my certainty has decreased, but my knowledge has increased. In my youth I mistook faith for knowledge. I felt that the most powerful way to believe something was to know that it was true. Because I wanted to have faith, because I desired to believe, I convinced myself that I had knowledge. While I did at the time have certainty, in retrospect I lacked knowledge. Knowledge is just not something that one can decide to have — that is what faith is — rather knowledge is something that comes to us gradually over time as we exercise faith in that which is good.

In my youth I assumed that the ultimate knowledge one could obtain in this life was the religious knowledge of that which the world considers unknowable. I thought that this knowledge could be achieved by exercising confidence and certainty in beliefs which seemed right to me. In retrospect this is the opposite of what Alma is proposing. He turns us towards the knowledge which we can observe developing within ourselves as a byproduct of our inner openness to receiving new truth, and our ability to observe with patience and over time the development of that which is good within us.

It is striking to me to what degree my current conception of my own knowledge is centered on principles and subjective observations rather than on cosmic formulations of reality. Which isn’t to say that I don’t have faith in certain things which are not accessible to my immediate experience, but I am now much more cautious in how broadly I extrapolate from that faith, and I try to be more humble in acknowledging the limitations of my current understanding. This has also helped me be much more open to other people, and their diverse ways of thinking and of framing the universe. This has helped me to open my heart to discovering truth and acquiring knowledge from a broader set of sources.

All posts by Charles Fry