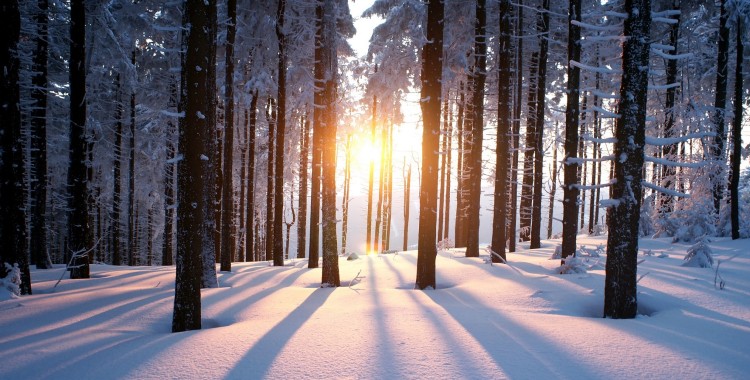 I recently attended a Mormons Building Bridges Contemplative Retreat in Sundance, Utah. Attendees were asked to participate in introspective questioning and sharing about gender identity and sexual orientation in relation to LDS policy and Mormon theology. The retreat started in a large group of roughly 20 people, followed by breakout sessions of seven people, down to three people per group. Attendees included parents of LGBTQ kids, lesbians, gays, bisexuals, and allies. Religious and spiritual beliefs varied across a broad spectrum, but were all in some way familiar with Mormonism.

As the retreat began it became increasingly clear there is a serious amount of conflicting emotions regarding queer Mormons and their place in various Mormon communities (for clarification, I’ll be referring to any member of the LGBTQ community as “queer” for the remainder of the paper). However, what was slightly surprising among the participants was the reaction straight allyship had to the recent policy change to ban the children of practicing homosexuals from baptism. Some were suffering to the same extent, or perhaps more, than actual members of the LGBTQ community. I particularly noticed the suffering of the mothers of queer children.

In listening to the experiences and perspectives of these mothers it seemed the reoccurring question was, “Where does my queer child fit in this church and in the eternities?” This question is a source of angst that produced a variety of emotions and responses—everything from anger to sorrow. Many feel as though they are forced to choose their child or their church. Obviously, this could cause turmoil to even the most devout disciple or committed mother.

Imagine a Mormon female being raised in a religious tradition that correlated her value with her ability to produce offspring and rear those offspring toward exaltation. The plan seems simple at first, until one of the offspring has identified as queer. This is in direct opposition with current LDS policy, culture, and structure. The esthetics of the “eternal family” have been prescribed according to not just the biological limitations of sex, but also the social construct of gender. The conflation of biological sex and socially constructed gender performances (which are two separate ideas) have produced a false sense of the “natural order” without consideration to those who fall outside the prescribed “natural order”—mainly non-heterosexuals and non-cisgender individuals. When a Mormon mother, who was quite literally raised to breed children and fiercely rear them into salvation, is confronted to choose between her pre-ordained calling of motherhood and the religious institution that taught her this divine purpose, there will undoubtedly be conflict. However, the conflict is far deeper than a surface level misunderstanding. This conflict calls into question the very nature of her existence and purpose as a mother. How is she supposed to choose between her child and her church?

The recent LDS policy change to the church handbook has been a catalyst in the transformation of many Mormon parents, with reactions ranging from confusion to outrage. The policy specifically states “apostasy refers to members who are in a same-gender marriage.” This qualifies homosexuals, specifically same-sex married couples, as apostates.

For a Mormon mother this means that if her child chose to enter into a same-sex relationship with the hopes of marriage and an eternal family, they will automatically be rejected as apostates. They would not qualify for the blessings of eternal marriage or an eternal family, which is central to the theological, governmental, and cultural teachings of the LDS Church. If a Mormon mother’s existence and purpose is to breed eternal families, her child’s orientation is not just a problem, but is sometimes treated as a disease that needs to be eradicated before admittance into any sort of exaltation.

At the retreat I listened to the painful struggles of what a Mormon mother of a queer child is experiencing; I listened to their stories. I watched them cry as some described suicide attempts, self-mutilation, self-loathing, and substance abuse of their children. Many of them, for the first time ever, are finding themselves in a place of theological uncertainty. They were not prepared, nor equipped to address the conflict that has now caused them to question the very foundation of their existence.

Despite the harrowing stories, I also saw hope. Observing the interaction between the queer participants and the mothers of queer children was encouraging and inspiring. Amid the sorrow and frustrations there was also consolation and hope that perhaps one day their children could find a place of belonging. Many people embraced one another and dried each other’s tears with empathy and concern. While this is hardly an excuse for the jarring conflict between their church and their child, I see many people seeking reconciliatory ways of moving forward.

For example, some of the attendees participate in groups such as Understanding Same-Gender Attraction (USGA) at BYU. USGA “is an unofficial group of Brigham Young University students, faculty and guests who wish to strengthen families and the BYU community by providing a place for open, respectful discussion on the topic of same-gender attraction and LGBTQ issues.” Though change is slow, the conversation is happening in ways it never has before. More opportunities are becoming widely available in an effort to help those in the LGBTQ community and their loved ones. Medical reports, psychological research, and social pressures have changed attitudes toward such harmful practices as conversion therapy. While homosexuality isn’t condoned in LDS policy, I am observing a slow and steady change in attitudes and misconceptions.

As I left the retreat we hugged each other goodbye. Many exchanged contact information in hopes of being a source of support during times of turbulence. It was both humbling and inspiring to engage in such a wonderful, thoughtful experience. For anyone looking for introspection, contemplation, reconciliation, and friendship, I highly recommend the experience.