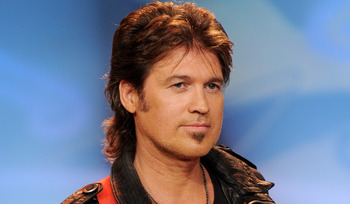 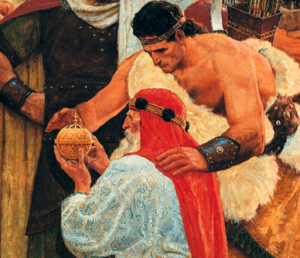 As a young LDS child, I loved flipping through the scriptures in search of the pictures. I would imagine the prophets and key players in the scriptures as I saw them- unhumanly buff, thick jawlines, Anglo-Saxon, sword wielding demigods. We can all thank the late, and very gifted Arnold Friberg for these wonderful depictions of former American Gladiators with native American garb in various states of flexing. They provided a backdrop for the stories I heard, and gave me self image issues all throughout puberty
I am going to preface this article with a bit of personal information. I come from Kentucky, and along with that, I have gained an almost categorical knowledge of the hairstyle known as the mullet. It is categorized by a short, usually cropped cut in the front and long locks in the back.

I know its various styles and names, (The REO Speedwagon, The Kentucky Waterfall, the fro-let, ape drape…the list goes on) and I have a keen mullet sensor that functions almost like a Star Trek tricorder. Many may dismiss the mullet, saying that the hairstyle was a late 80’s-early 90’s fad. But we’ve had at least one mulleted U.S. President that we are aware of, Mr. James K. Polk, and variations of the mullet have appeared all throughout history, including ancient Rome and Byzantium. 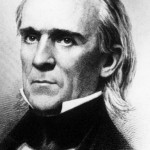 And, LDS folk and others, if you haven’t noticed, many of the Book of Mormon prophets sported mullets, according to the most used and present LDS art. So we are going to discuss the mullet now: a hairstyle that is as present in Mormon art as the beard in general Judeo-Christian art.

We speak often of handling cognitive dissonance in times of faith crisis. Growing up, I always associated mullets with redneckery. As I began to look harder at the pictures we so commonly used, I began to notice the mullet crawling out of each page. In the first Book of Mormon picture, we see a packed boat filled with Nephi and his family. 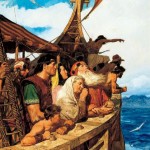 We learn that Nephi may have looked like a cross between Arnold Schwarzenneger as Conan the Barbarian and Viggo Mortenson. And above all, we learn that he has a neatly cropped mullet, flowing gently down his neck and tickling his upper back.

On the next page, we see Nephi, chastising his brothers. 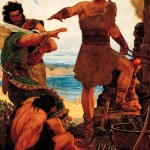 I wondered why he, the holiest among his brethren, was mulleted, and his brethren were not. Knowing his choice of hairstyle, I believe I may have a more full understanding of 2nd Nephi 4, when Nephi mourns for the weakness of his flesh. He may have been business in the front, but he was quite obviously showing a tendency to party in the back.
Have I stumbled upon a secret, sacred truth? Is the mullet, despite it’s modern negative connotations, the true haircut of holiness? Will one of our resurrection hair options include a white and delightsome mullet as seen on countless angels in church art? If not, why do so many prophets and apostles throughout Mormon history have them?
Lets continue to look at some prime examples of the mullet as it appears throughout the scriptures. 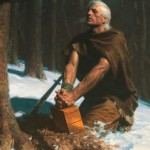 This is the prophet Moroni. Moroni had a lot of time mourning the end of his civilization. He likely spent the years writing in his journal, working out (evidenced by his enormous biceps) and styling his silver mullet. 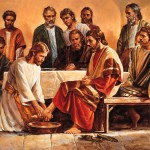 Christ’s first apostles. Look at the dude in the middle. I’m not sure, but I think that mulleted young chap is Judas.

It’s hard to trust a guy with a mullet. Which brings me to the next picture- 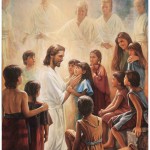 Yes, that is a beautiful, tender scene from the Book of Mormon. Christ asks the Nephites
to bring their children to him. He blesses them, one by one. Angels descend onto the
scene and sing Hallelujah. Unfortunately, this artist thought he would instead draw the band Cutting Crew in white robes. I speak for many when I say the mullet lessens the spiritual impact. 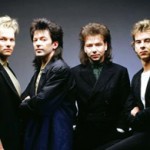 “I just died in your arms tonight…” 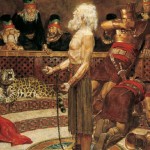 Abinidi had a skullet. That’s when you are bald but you let your hair grow out. 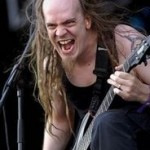 You know, like Devin Towsend from Strapping Young Lad. 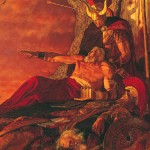 So did the prophet Mormon, apparently. And the guy behind him is wearing a cross between a Roman centurion helmet and a Viking helmet. I think they were aiming for a very hardcore picture there.

There are many more instances of the mullet in church art. I am trying to collect a mullet
database, so if you find some good ones, please send them to eastwoodhatton@gmail.

Really though. It’s as if our artistic depictions of the events of the Book of Mormon are trying hard to visually portray the events of cheesy Mormon pageants, instead of the other way around. I mean, seriously- are those big buttons sewed onto a pleather vest? Did they just go to a random mutual night and ask random people to pose? Why do the Lamanites look like Goombas from Super Mario Brothers and the Nephites look like they are from a Boy Scout Troop from Lehi, UT? There are more serious issues to discuss about depiction and portrayal of race in Mormon art, but that is for another time. 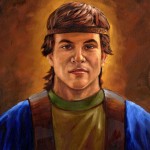 The LDS Church has made a great effort to modernize their presence in the 21st century through the “I’m a Mormon” campaign. In my searching, i have seen lots of beautiful, wonderful, creative, and even (dare I say) realistic examples of church art. Frank Frazetta-style renditions of Book of Mormon characters may have been cool before, but I think we need an update.