What Mormonism Can Be: A Gay Couple’s Story 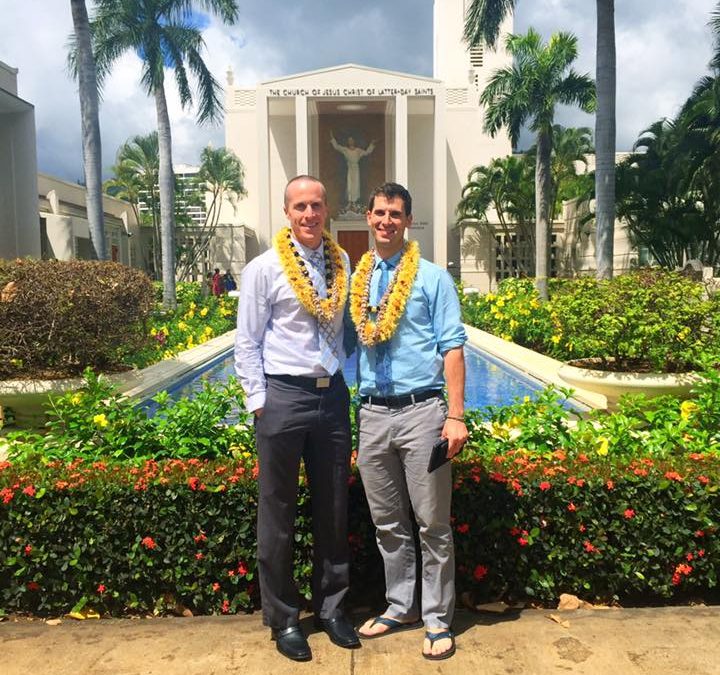 The Manoa Ward was our spiritual home for several years. At the end of our last sacrament meeting in the ward, the bishopric invited Spencer and me to join them on the stand. The entire congregation stood up and sang “Aloha Oe” to us. I buried my face in my hands and sobbed uncontrollably the entire time as Spencer stood by my side with his arm around me. Words cannot describe how tender and sweet of a moment it was for us. Afterwards, there was an overwhelming line of people who came up to give us hugs and kisses, put leis around our necks, and wish us well on our next journey.

During our elders quorum meeting, one of the members of the bishopric stood up in front of the class and with a crackling, emotional voice expressed his love and appreciation to Spencer and me for being in the ward, for what we taught everyone, for what we contributed, and for the Spirit that we possess. He went on to say that the singing of “Aloha Oe” that day was one of the most special and emotional ones he had ever witnessed and that there weren’t many dry eyes in the congregation. Again, tears streamed down our faces and my heart was bursting with gratitude.

After elders quorum was over, the Elders Quorum President approached me. He took off his tie and gave it to me along with a big hug. This same man once had to reluctantly tell me that because of the church’s policies, I couldn’t go on splits with the elders quorum anymore (since I 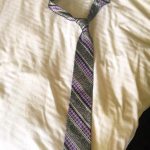 was in a gay relationship). He hated having to tell me that and was more than compassionate and understanding when doing so.

It would be impossible to ever relate all of the amazing experiences we had in the ward; our gratitude is truly beyond measure. We were welcomed and loved as an openly gay couple and as fellow Latter-day Saints. While I’m sure there were plenty of differences of opinion and understanding among us all, the language spoken to us was always love. We left a piece of our heart in Hawaii with our friends and family and our church.

Proudly swept the rain cloud by the cliffs
As on it glided through the trees
Still following, with glee, the liko
The a hihi lehua of the valley

Farewell to you, farewell to you
The charming one who dwells in the shaded bowers
One fond embrace,
‘Ere I depart
Until we meet again

Sweet memories come back to me
Bringing fresh remembrances
Of the past
Dearest one, yes, you are mine own
From you, true love shall never depart

Nick and Spencer met at the annual Affirmation Conference in 2014 and, as they say, the rest is history. Nick is a dentist in the United States Air Force and Spencer works as a fitness instructor in addition to several creative pursuits. Recently relocated from Hawaii to Washington DC, Nick and Spencer regularly attend church, are open about sharing their experiences as gay LDS, and are dedicated to the creation of a safe place for all to worship together.

All posts by NIck Einbender