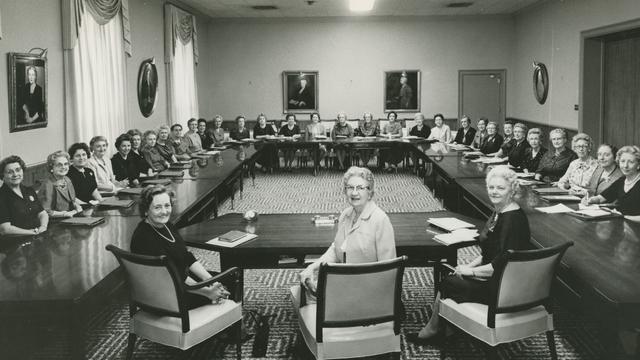 One on the most fascinating and inspiring aspects of Mormon theology, to me, is theosis. While the idea of humans becoming gods is not a concept unique to Mormonism, I have found no other religion that is so immersively drenched in process theology, eternal progression, and Godhood. As a woman though, I have often felt uncertain as to where I fit into the narrative when our female deity seemed almost absent from our conversations, praise, and worship. In my mind, it made practical sense to worship what I might become, and that was not Heavenly Father.

I recall hearing the word priestess for the first time in the temple. I’d never heard that word until that point, or at least I hadn’t recognized it. It was among the most beautiful words I ever heard. While my first experience in the temple was not a particularly pleasant one, I remember feeling captivated by the word priestess. It felt feminine, holy, powerful, humble, empowering, and lovely–all at the same time. I wanted to be a priestess, even though I had no idea what that looked like. Could women be trusted to speak, act, and preach with the power and authority of God? I still have many unanswered questions, but it was clear I was not the only one searching for answers. Women are longing for more than what they are hearing in a church pew, conference center, or temple.

In my search, I recently bought a copy of At the Pulpit: 185 Years of Discourses by Latter-day Saint Women, which is a compilation of teachings, prayers, and speeches ranging from General Conference to The World’s Congress of Representative Women. I devoured the book. I was particularly inspired by the words of women in the early years of the church, especially those involved in the Utah Woman Suffrage Association. Reading the words of these women speaking authoritatively on theosis, empowerment, and divine purpose was something I longed for. If there was one thing the book was lacking it was the voices of women of color, which I would certainly like to read more of.

Here are a few of my favorite excerpts from the book:

“When we take into consideration the many opportunities and various ways of usefulness, and the amount of good that may be accomplished by us who are engaged in so great a cause, some of you may feel that it is not our prerogative to interfere in the least, or to take one step towards building up the kingdom of God. But I feel that it is a mistaken idea to suppose that we cannot perform acts that would ennoble our character and position, when we are so nearly allied to the brother and of the priesthood, and they required to use strenuous efforts to advance the cause of God.”

“We all desire to be good and useful, so let us put our good desire into execution, for it is in our power to do so.”

“We have been instructed that each one of us in our organizations is endowed with the germs of every faculty requisite to constitute a god or goddess. These little ones in their mothers arms have the germs of all the capacity which we exhibit, and what constitutes the difference between them and ourselves? Merely a lack of development in them, and this development requires cultivation, energy, and perseverance. The organization of the Female Relief Society places the sisters in positions to bring into exercise and thus develop all of our faculties: that’s in doing good to others, we benefit ourselves…let us try to realize our responsibilities and honor our position.”

“The time was when thought that our husbands would save us, independent of our own exertions. Now we understand that instead of depending entirely on her husband’s for salvation imposition, we have to work them out ourselves. The responsibility and labor that develop upon women are becoming more important. If society is reformed, it is to a great extent because women are refined.”

“Wilt thou be with woman as thou hast with man, to strengthen her where she is weak that she may aid in the defense of truth and right and where her voice is heard throughout the broad face of the earth, make it have echo in the hearts of the honest, and may she serve to smooth the wrinkles of unjust laws, as she does and has, The pillows beneath the aching head of the eye soldiers and servants. We prayed the that doubt wilt blessed by handmaidens here in this little nook in the valley of the mountains, that we may perform noble and grand acts that will compare with the grandeur of the mountains around.”

“Woman has been given the power, the honor to open the door through which all must pass ere they can enter that advanced stage of action and go forward in the work of progression which has been designed and marked out by our Heavenly Parents. I say parents, because while we hear a great deal about our Heavenly Father, and very little, if anything, about our Heavenly Mother, reason and revelation both teach us that we must also have a Mother there.”

—Mattie Horne Tingey (The World’s Congress of Representative Women, May 19, 1893)

“Why is it today there is so much broader a view taken of woman’s position than before? Because woman herself is beginning to feel that she is an enlightened, responsible being, with a mind capable of the highest intelligence, with talents that it is her duty to develop and use for the advancement and elevation of the human family. This feeling is gradually but steadily growing; it is being felt throughout the world and it will continue to grow until it becomes a power in the earth. All honor to the noble women of this Congress, who have stood firm in the face of severe opposition, bitter scorn oft times, and dared to maintain their convictions of truth and right. May their number increase, and their influence be felt until it reaches every nook and corner of the inhabitable globe.”

—Mattie Horne Tingey (The World’s Congress of Representative Women, May 19, 1893)

“It is proper on occasions like this to consider such topics as shall be of the highest benefit to womankind; into my mind, it is fitting to discuss here that capacity of mind in which woman is preeminently fitted to excel. […] They that knock with study and faith’s assurance have the narrow way opened to them and I received into communion with the infinite Father and Mother, are permitted to enter hollowed mansions, to attend the school of the profits, and by advancing steps, to reach the school of the gods, where they learn the process by which worlds are organized by the combining of eternal, intelligent, obedient elements; The uses for which worlds are called into existence; the manner in which they are controlled; and the laws of progression by which all begins and animate things are perfected and glorified in their respective spheres.”