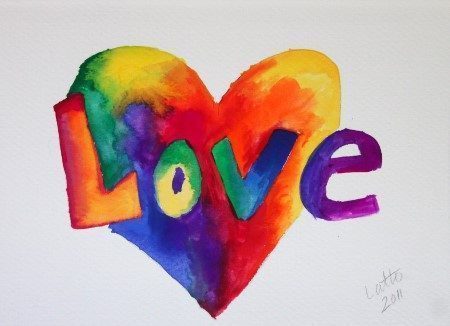 The MWS blogpost reviews a recent article in a publication called The New Atlantis which claims to have definitively shown “that some of the most frequently heard claims about sexuality and gender are not supported by scientific evidence.” The upshot of the MWS claim is that homosexuality has no biological basis and that LGBTQ people have deliberately chosen their sexual orientation. There is an additional subtext discounting the role of discrimination against LGBTQ people as an underlying factor for their high rates of depression and suicide.

I have now heard about a number of well-meaning LDS bishops who have sent a link for this post to members of their flock concerned about the experience of LGBTQ youth in the church, with a note along the lines of “so here is what science has proven and you should let your worries go.” Unfortunately, the MWS blog post has things all wrong, and has the potential to cause extensive harm.

Let me state my agenda upfront. First, as a mental health researcher and a practicing psychologist, my highest priority is to help improve human welfare. Because LGBTQ youth and adults—especially those rejected by family and close friends–are at increased risk for poor health and mental health outcomes, including suicide, I have extra concern for their welfare. I believe that is why so many friends have asked for my opinion on this, and why I want to respond.

Second, I am not an expert regarding the science of sexuality. I am aware of substantial evidence supporting a strong biological influence on sexuality, but the nature of science makes it impossible to ever “prove” anything one way or the other. My commentary is not about whether sexuality is innate or a choice. Rather, my point is to examine the accuracy and the consequences of the MWS blogpost. In brief, I have three concerns.

For these reasons and others, I plead for responsible people to stop sharing the MWS blogpost, the source post from Dr. Anderson, or The New Atlantis article which at its core is a scientific travesty. In contrast to the provocative title of the MWS post, the article in question does not represent valid or groundbreaking research, does not factually affirm the divinity of the Family Proclamation, and it has more potential to increase rejection and discrimination than it does to encourage Christlike love for LGBTQ brothers and sisters. Instead, I recommend that all of us ask ourselves: how can I be more welcoming and loving? It might help to seek out an LGBTQ friend, family member or neighbor and ask for their opinion on the same question. Listen, don’t judge, and help make the world a better place for everyone.

Mikle South earned his BA at Yale University and his PhD in Clinical Psychology at the University of Utah, before returning to the Yale Child Study Center for postdoctoral training in neuroimaging of autism spectrum disorders. He is currently an Associate Professor of Psychology and Neuroscience at Brigham Young University, with research devoted to understanding the overlap of autism and anxiety. Dr. South enjoys playing soccer, watching Star Wars except the bad ones, and going on long walks with his family to look for Pokemon.

All posts by Dr. Mikle South