Could Mormon voters have prevented Donald Trump in 2016? Probably not. 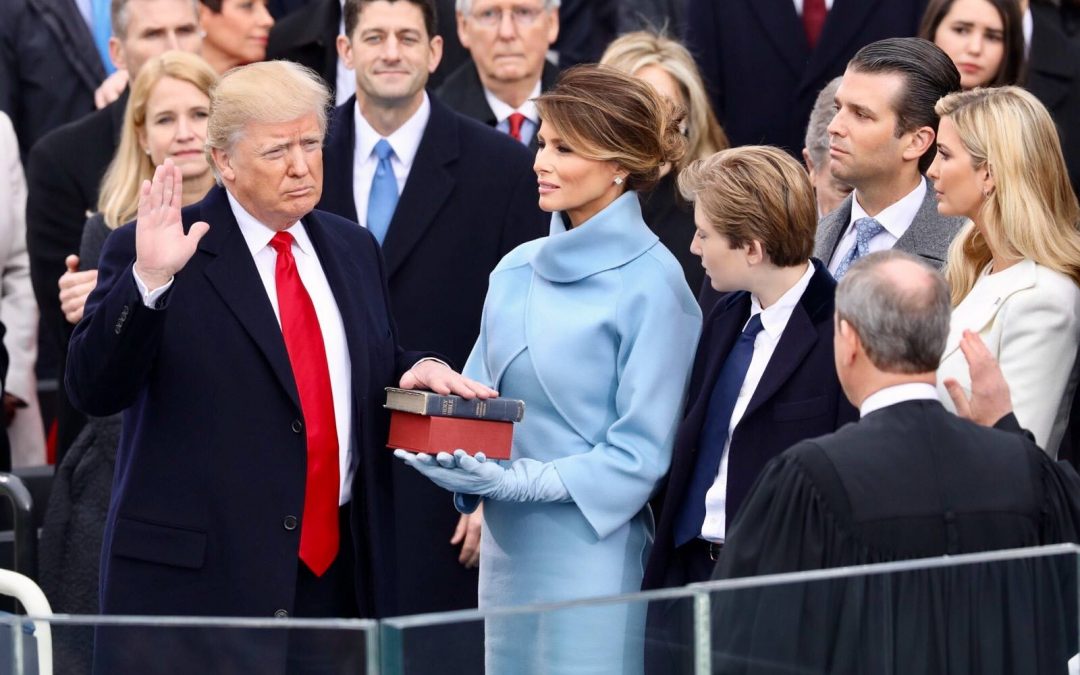 This week is the one-year anniversary of the 2016 U.S. presidential election. Many of us had hoped that Election Day would end the months of campaign drama, thinking that our lives would get back to normal. As we know, though, American voters (as mediated by the current interpretation of the Electoral College process), elected one of the least qualified, least experienced, least respectable, and least moral human beings on the planet to be the chief representative of their values and priorities. One year later, many of us are still wondering: “what more could we have done?”

Over at Huffington Post, Jason Steed argues that Mormons could have prevented this train-wreck of a presidency. He correctly points out that support for Trump among Mormon Republican elected officials was tepid, at best, but that they also put their heads down, went quiet, and waited for Hillary Clinton to win so they could get back to business as usual. Had Mormons of conscience like Jeff Flake, Mitt Romney, and others spoken out more strongly against Trump, he argues, perhaps they could have convinced enough Mormon voters to change their minds in critical states like Arizona, Michigan, and Florida, thereby preventing the election of Donald Trump.

An interesting hypothesis! Being the political scientist (and data nerd) that I am, I wanted to dig a little deeper on this question. Would Donald Trump have lost if Mormons had voted against him?

Let’s go with the more realistic assumption that Mormons of conscience would have instead voted third party instead of voting for Hillary Clinton. We’d need to determine about how many Mormon voters there are in each of those states.

LDS Newsroom reports the members of record in each U.S. state. Of course, we know that not all members of record publicly identify as Mormon. According to statistics on the Newsroom website, about 2% of America is LDS. According to the 2014 Pew Religious Landscape Survey, about 1.6% of the U.S. is LDS, meaning that about 80% of those that the Newsroom counts as Mormons would claim that identity on exit poll surveys. (These estimates are approximates – margins of error and uncertainty are involved throughout.) Then, we need to narrow it down to voting-age adults. According to the U.S. Census Bureau, about 74% of the U.S. population is of voting age. We know that Mormons tend to be younger, on average, so let’s estimate 70% for Mormons in the U.S. Next, how many of those voted in the election? In all, about 60% of the voter eligible population showed up to vote in 2016. Given that voting is largely a function of socioeconomic status, we might think that Mormons would be more likely to vote given that they tend to be slightly better-educated and middle-class than Americans as a whole. However, turnout in Utah, Arizona, Idaho, and Wyoming (states with large LDS population) had voter turnout between 55%-60%, slightly less than the national average (perhaps due to the aversion that many Mormons had to both candidates). So let’s go with 58%.

How many of each of them voted for Trump? According to Pew exit polls (not perfect, but arguably the best known estimate available), 61% of Mormons voted for Trump and 25% voted for Clinton. So now, let’s pretend that ALL of the Mormon Trump voters instead voted third party, and the Mormon Clinton voters stayed with Clinton:

Trump still wins in each of these states except for Utah, where McMullin would have won (assuming that they all went for him instead of Gary Johnson). In this scenario, Trump still wins the presidency with 300 electoral votes but still loses the popular vote, with about 1.3 million fewer votes nation-wide (45% Trump, 48% Clinton).

Of course, if Mormons had instead voted strategically and held their noses firmly while voting for Clinton, this would be different. This would assume that a Mormon of conscience might think “As much as I detest Hillary Clinton, she is still less bad than Donald Trump and it’s better to help her win than waste a vote on a third party candidate”:

The final scenario is if the other 42% of voting-age Mormons had turned out to vote instead of staying home and chosen Hillary Clinton as the “hold your nose and vote for the less bad candidate” option. It also estimates what would happen if the 14% of Mormons who voted third party in 2016 had voted strategically for Clinton as well. In other words, if ALL voting-age Mormons had shown up and ALL had voted for Clinton, we would have:

Clinton now wins Michigan, Arizona, Utah, and Idaho, and with it, the Electoral College vote is tied 269-269, throwing it to the U.S. House as per the U.S. Constitution where each state delegation gets one vote. Assuming that states with majority Republican delegations had voted for Trump and majority Democratic delegations had voted for Clinton, Trump would have won by a vote of 33 to 14, with 3 state delegations split. If, however, all Mormon members of the House had supported Clinton over Trump, Idaho, Utah, and Arizona would have flipped, but Trump still wins with a vote for 30 to 17.

So there we have it. Even if Mormons had mobilized en masse with to stop Donald Trump, there is a very, very high probability that he would still have been elected one year ago this week as 45th president of the United States.