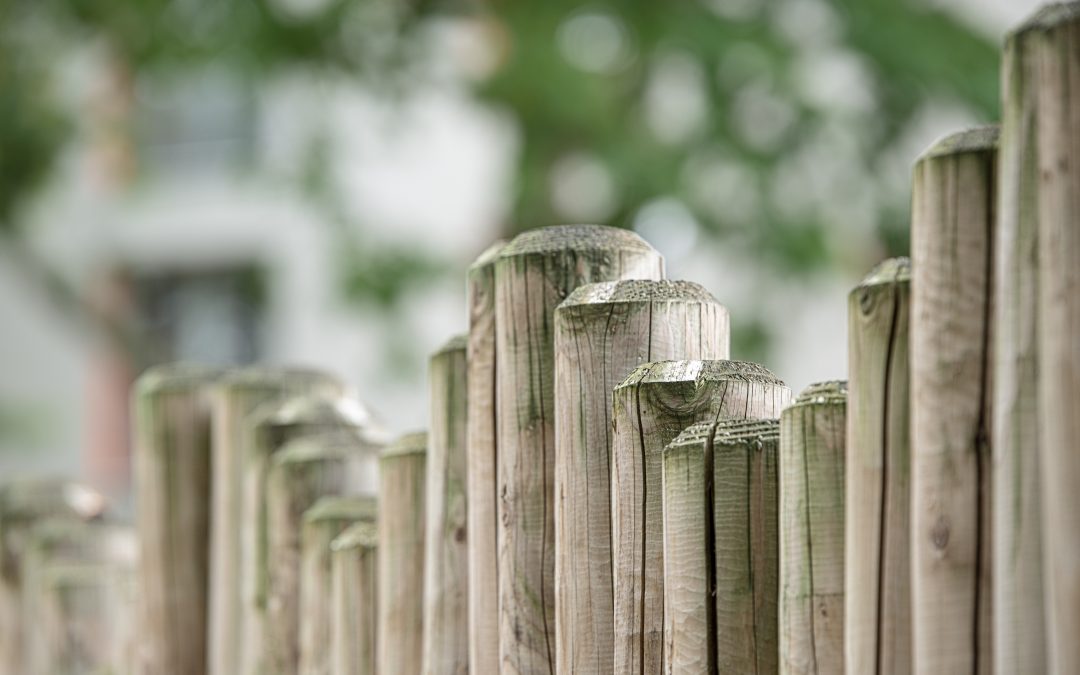 All human communities have behavioral or attitudinal norms that serve to establish social boundaries between those in the “in-group” and those in the “out-group.” One way to analyze these “cultural markers” is to ask members of the group how they would react if a loved one chose not to conform. The more emotional distress caused by a violation of these cultural markers on the part of a loved one, the more central we can infer the marker is to defining group identity boundaries among in-group members.

This is the proportion of American Mormons who indicated that they would be saddened or disappointed if their children did each of the following: 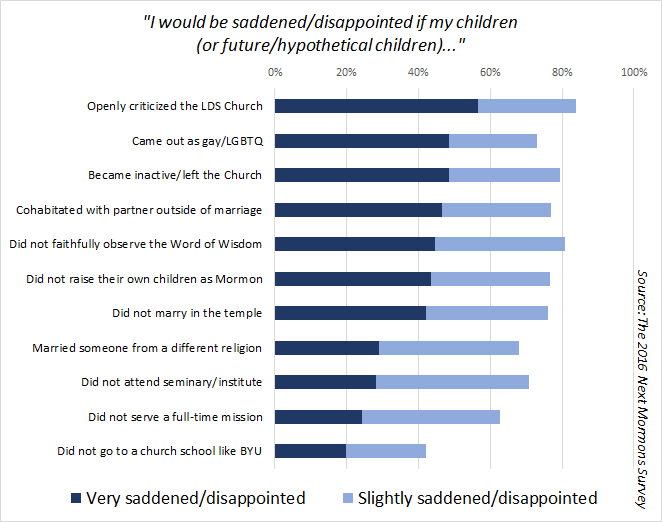 Among these various Mormon cultural markers, children openly criticizing the LDS Church is the strongest source of potential sadness or disappointment for Mormons. More than half say they would be “very disappointed” and another quarter say they would be “slightly disappointed,” for a total of 84%. This shows how central the LDS institution is in the lives of American Mormons in defining in-group identity as well as the strong cultural and doctrinal norm in the LDS Church of following the directions and counsel of Mormons leaders. Criticizing the Church is even more saddening/disappointing than children leaving the Church or not raising their own children in the Church.

This makes sense from the standpoint of social psychology. Social identity theory posits that our sense of self-esteem is strongly linked to our group identities. We are thus strongly motivated to maintain a positive mental evaluation of the groups that we identify with. When someone speaks critically of a group that we identify with, our brains react the same way as if those things were being said about us personally. We maintain a positive self-image by working to maintain a positive group-image. Given the deep sense of identification with the LDS institutional church on the part of American Mormons, it is no wonder that Mormon parents would interpret a criticism of the Church on the part of their children to be an attack on them personally, resulting in a high degree of sadness/disappointment on their part. This also can help explain why Mormons who are upset about something that the Church has done are often very reluctant to share that with their Mormon family or friends. Instead, they often opt for silence or avoiding those difficult conversations.

The survey also shows that a child coming out as gay is as equally heartbreaking (“very saddened/disappointed”) to Mormons as a child leaving the Church and even more heartbreaking than not marrying the temple or not going on a mission. Even among those who say in the survey that “homosexuality should be accepted by society,” 25% say they would be very saddened/disappointed and another 29% say they would be slightly saddened/disappointed. Mormon LGBT youth can surely sense this, and infer that coming out of the closet would clearly put them outside the in-group boundaries of the community. This, in turn, may tragically be part of the mix of causal factors related to the recent skyrocketing rates of youth suicides in Utah and other areas with high Mormon populations.

There are few consistent demographic or socioeconomic predictors of disappointment on these questions. On many points, however, self-identified Republicans and Republican-leaners in our survey (57% of all respondents) are more likely than Democrats or Democratic-leaners (32% of all respondents) to say they would be very saddened or disappointed if their children did not comply with traditional Mormon behaviors. For example, Republican Mormons are almost twice as likely as Democratic Mormons to say they would be very disappointed if their children came out as gay/LGBTQ (60% to 33%). They are also much more likely to be very saddened if their children chose to cohabitate with a partner instead of getting married (56% to 32%), openly critique the LDS Church (68% to 42%) and not faithfully keep the Word of Wisdom (54% to 34%).

Survey results reveal that several LDS Church priorities for youth such as serving a mission, attending seminary, or going to a church-sponsored school are less of a concern for today’s Mormon parents compared to whether or not they remain in the fold. Less than a third of Mormons say they would be very saddened/disappointed if their children did not do these things.

Attending a church school like BYU is the only cultural marker on which a majority of Mormons (58%) say they would NOT be saddened or disappointed if their children failed to adhere to. Further analysis shows that only 6% of Mormons who currently live in Utah say they would be very disappointed if their children did not attend a church-sponsored school like BYU compared to 25% for non-Utah Mormons. A similar difference is found between those raised in the church (14%) and converts (29%).

Are there generational differences in terms of the hopes of Mormon parents for their children? When we break this down by generation, looking at the amount who say that they would be “very” saddened or disappointed, we see the following:

From these survey results we can venture a few broad conclusions: