A Mormon Frontier: Some Words of Wisdom on Resistant Bacteria 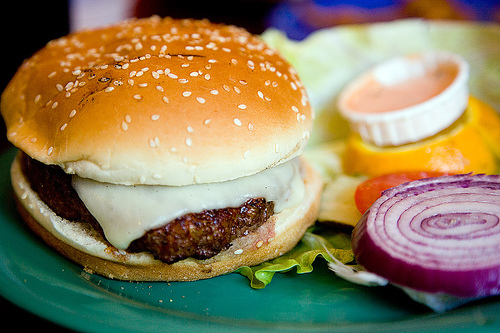 Antibiotic-resistant bacteria have been in the spotlight lately. Resistant hepatitis and salmonella, MRSA, and more have been making headlines as they pop up around the world with increasing frequency due to our overuse of antibiotics on humans and livestock. The Center for Disease Control and World Health Organization have issued warnings about the consequences if we do not take immediate measures to prevent the problem from becoming bigger. Why does this issue belong on a Mormon blog? Because Mormons, both individually and as an organization, are equipped to lead the way in addressing this pressing problem with worldwide consequences.

When you hear the word Mormon, “beef” is probably not the first thing that pops into your mind. And yet financially, there is a close association. The LDS church is the owner of one of the world’s largest cattle ranches: Deseret Ranch, in Florida. In fact in 1997, it was the world’s largest. (1) Among other things, this 300,000 acre (2) ranch supplies Bishop’s Storehouses everywhere with meat and the delicious beef stew that I found so comforting to eat when I was little and the church supplied my single mother with food for our family. If not for the church’s amazingly self-sufficient food program, I may have gone hungry more than once.

How is this related to antibiotic-resistant bacteria? Often, when we address resistant bacteria, the first thing we think of is over-prescribing in the doctor’s office. Patient comes in, doctor says it’s viral, patient insists on getting antibiotics anyway. If the doctor gives in and the patient takes those antibiotics, which can’t even kill viruses, the medicine will kill any susceptible bacteria that happen to be hanging out in the patient’s body, while leaving resistant bacteria alive to multiply and spread to other people. Over time, this contributes to the emergence of resistant strains. But this overprescribing for humans is only part of the problem. In fact, 70% of the antimicrobials we use in the US go to our livestock, not our people. (3)  According to the Center for Disease Control (CDC), it is a common practice in the U.S. to feed antibiotics to livestock who are not even sick. (4) The Union of Concerned Scientists cites that antibiotics are frequently put in the food and water of livestock, both to promote weight gain and to prevent animals from getting sick, as they are usually held in overcrowded and unsanitary conditions. (5) All this is done to meet high demand for meat as cheaply as possible, but according to the CDC, feeding antibiotics to cattle who aren’t even sick causes massive eradication of the bacteria susceptible to antibiotics, while leaving the resistant bacteria to multiply in the animal. The resistant bacteria can then be passed on to humans when they eat the animal’s meat, and any resulting infection will also be resistant to antibiotics. 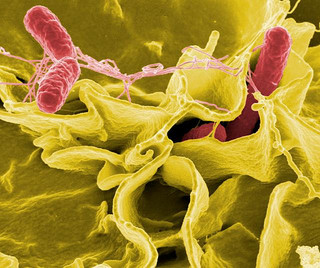 “A post-antibiotic era means, in effect, an end to modern medicine as we know it. Things as common as strep throat or a child’s scratched knee could once again kill.

Some sophisticated interventions, like hip replacements, organ transplants, cancer chemotherapy, and care of preterm infants, would become far more difficult or even too dangerous to undertake.

At a time of multiple calamities in the world, we cannot allow the loss of essential antimicrobials, essential cures for many millions of people, to become the next global crisis.” (7)

The threat is clear and serious. Yet what can be done? The Union of Concerned Scientists states that the solutions are straightforward, yet they fear these solutions may not be implemented because the large, wealthy organizations running livestock operations are afraid of losing profit.

Which is where we come back to Deseret Ranch; already a winner of a Regional Environmental Stewardship Award in 2010. (8)

“This is an incredible operation and they are outstanding ambassadors to showcase the beef industry and superior environmental stewardship,” said Jim Handley, executive vice president of the Florida Cattlemen’s Association, which nominated the ranch for the ESAP award.

“The key questions Deseret always asks are, ‘Is it the right thing to do?’ and ‘Is it in the best long-term interest of the ranch and the region?’ That’s the essence of environmental stewardship,” added W. Michael Dennis, Ph.D., of BDA Environmental Consultants, which supported the Deseret nomination.” (9)

The ranch is known for protecting local groundwater from contamination by runoff, improving and rejuvenating cattle pastures, and providing vast sanctuary for local wildlife. In many ways, it exemplifies the idea of stewardship over the earth that is found in Genesis. And this ranch, as large as it is, is only one of a whole collection of farms and ranches owned churchwide. (10) The church also owns at least one feedlot in Elberta, Utah, and sends its cattle to others around the nation. Deseret Ranch alone maintains 44,000 head of beef cattle (11) and produces over 30,000 calves a year! (12) 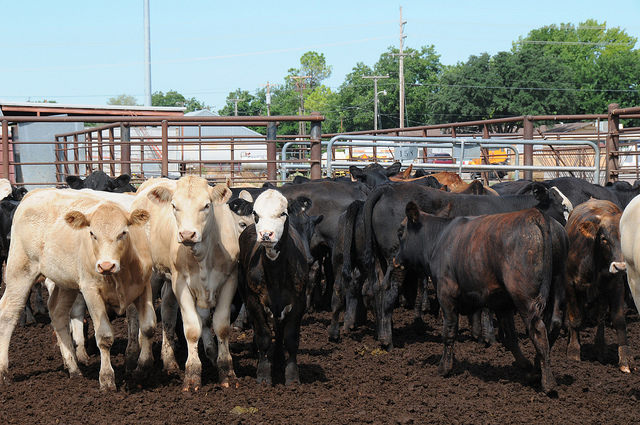 Scientists are worried that livestock producers will value their bottom line over human life. However, “the key question Deseret always asks is, “is it the right thing to do?” I expect the Church will lead out in this matter, setting an example for our nation and the rest of the world in working to avert this crisis and the loss of precious medicines. According to Dr. Chan’s address, they need not even lose profit while doing it. It seems Denmark ended the administration of antibiotics in food-producing animals progressively in the 1990’s. Danish farmers have not seen significant decline in profits or in the health of the animals since the changes were made. “In fact, Danish government and industry data showed that livestock and poultry production actually increased following the ban, while antibiotic resistance on farms and in meat declined.” (13) The Concerned Union of Scientists states that these measures would include cutting down on overcrowding in feedlots, improving ventilation, and vaccinating cattle, and that “The National Research Council estimated that a ban on nontherapeutic use (that is, any use in livestock that are not sick) would increase per capita costs by about $5-10 per year. That is a price most people would willingly pay to preserve a robust arsenal of medicines against infectious disease.” (14)

But what about individual church members? How can we help? I believe that with our focus on self-sufficiency and emergency preparedness, as well as the Word of Wisdom, we can enthusiastically set an example and lead our communities in doing what they can to prevent further development of resistant bacterial strains in livestock. Doctrine and Covenants 89:12-13 states, “Yea, flesh also of beasts and of the fowls of the air, I, the Lord, have ordained for the use of man with thanksgiving; nevertheless they are to be used sparingly; and it is pleasing unto me that they should not be used, only in times of winter, or of cold, or famine.”

In the context of our current troubles, these verses take on new meaning. The feedlots would have no cause to be overcrowded in the first place, leading to overuse of antibiotics, if there were not such a high demand for meat. We can do our part first by looking at our meat consumption, and deciding what we really need to be taking in in order to remain healthy. There is no need to try to set rules, as each person’s needs will vary. But I think this is a good time for us to look at this portion of the Word of Wisdom very seriously, that we “shall run and not be weary, shall walk and not faint…that the destroying angel shall pass by” us (verses 20 and 21). 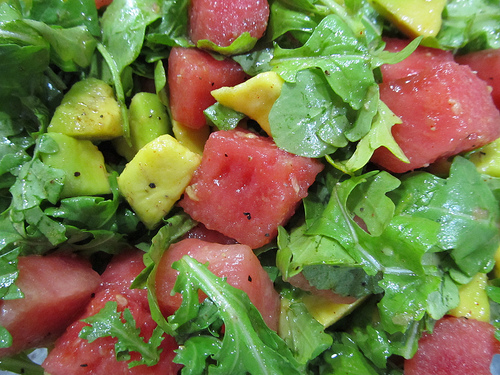 Another way to help ourselves is, of course, involvement in local and federal lawmaking, and familiarizing ourselves with where our food is coming from, to insure that the necessary changes are being made to protect our health.

A third initiative involves  President Spencer W. Kimball’s wise words on the subject of gardening: “We encourage you to grow all the food that you feasibly can on your own property. Berry bushes, grapevines, fruit trees—plant them if your climate is right for their growth. Grow vegetables and eat them from your own yard. Even those residing in apartments or condominiums can generally grow a little food in pots and planters. Study the best methods of providing your own foods.” (in Conference Report, Apr. 1976, 170–71; or Ensign, May 1976, 124).

Gardening is important in this case because of past incidents of cross-contamination of produce with bacteria like e-coli and salmonella; both of which have been showing increasing resistance to drugs. This is especially important in vegetables like greens which grow close to the ground and have no thick skins to protect the edible parts from contamination. Growing as much of your own produce as possible is a great idea for a host of other reasons, but reducing the possibility of contamination by ensuring careful watering and fertilization of your own produce is just one more reason to start. Growing numbers of people are also trying their hands at raising chickens, rabbits, and even ducks in their backyards–a great way to provide your family with meat and eggs you know have been raised cleanly and humanely, without the use of antibiotics that will contribute to the problem of resistance (provided you do good research and handle chickens appropriately so that you don’t end up with a salmonella outbreak of your own). 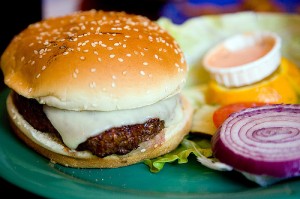 It’s scary to read about growing antibiotic resistance in bacteria. It truly is a disaster in the making, and it seems like we have so little control over the matter. But we can have control. We just need enterprising citizens and ethical organizations to step up and lead the way. This is something the Mormons should excel at, especially considering the stake we already have in the livestock business, given the church’s extensive involvement there. All we need to do is follow the scriptural and prophetic advice we have already been given, and continue the tradition of doing what is right in the face of adversity.

(7) Dr. Margaret Chan, Director General of the World Health Organization, “The EU’s contributions to the solutions of the global antimicrobial resistance problem,” Keynote address at the Conference on Combating Antimicrobial Resistance: Time for Action; Copenhagen, Denmark , 14 March 2012. Accessed at http://www.who.int/dg/speeches/2012/amr_20120314/en/ on November 5, 2013