A Mormon in the Dance Department 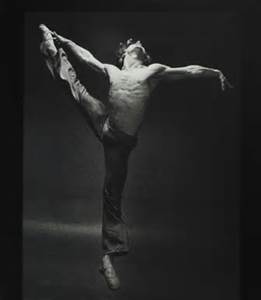 It was easy to hate homosexuals before I met one.

And I met a homosexual for the first time on a city bus in Austin in the fall of 1982.

I was a freshman in the dance department at the University of Texas, having recently returned from a mission to Japan.

I was very nervous my first day in college in September of 1982, and can still remember my delight in seeing a familiar face. It was the face of Chris Caswell. I knew Chris from the summer musical production of “The Most Happy Fella” that we were both in earlier that year. (See if you can pick me out in this clip.  Chris is in it, too.)

Chris and I had struck up a friendship during the summer show, and it increased at college, where we had several classes together. We would often ride the city bus home at the end of the day.

I lived in southwest Austin with my family at the time. The city bus line didn’t go all the way to my house, but terminated at a mall miles away from home. I would ride the bus to the mall and then wait for my dad to come pick me up. Sometimes I had to wait a while for my dad to show up.  Sometimes a long while.

On this particular day, Chris asked me if my dad could possibly give him a ride to his house from the mall. Chris’s car was in the shop. Chris was concerned about inconveniencing my dad. 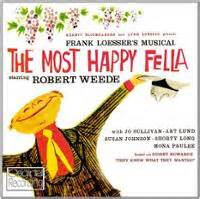 I told him I didn’t think it would be a problem.

We got on the bus after class. It was a sunny, warm fall day. We were seated together. Chris was next to the window. He was intently reading a book. After a while, I asked him what book he was reading.

“It’s about homosexuals,” came the reply.

“Why are you reading a play about homosexuals?” I asked.

Chris closed the book, turned his head and looked me in the face. “Because I am one.”

At that point, my entire world shifted. The city bus kept happily trundling down the street. The bright Texas sun kept shining outside in a clear blue sky. Chris returned to reading his play. But inside my head, sirens sounded and red lights flashed. The world seemed to cant at a crazy angle. I became short of breath. I think I managed to squeak out a weak “Oh” in response. I tried to make it sound as casual as possible, like Chris wasn’t the first person in the world who had ever flat out told me he was homosexual. 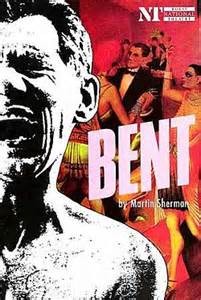 It taught me that the disgust and loathing I felt for homosexuals was acceptable. And not just acceptable, it was righteous. It was how God felt. Maybe not in so many words, but the message was there all the same. The LDS Church made me comfortable with my prejudices.

And now, here I was sitting on a bus with a friend of mine named Chris Caswell who had just “come out” to me. Being involved in dance since I was sixteen, I had known other guys I thought might be gay, but I didn’t know for sure and so it wasn’t an issue. I didn’t want it to be an issue and so I didn’t let it be an issue. I sort of knew that it wouldn’t be an issue for me until I met someone I really-really knew was gay.

And now I had.

I didn’t say anything else to Chris for the rest of the bus ride. I was busy dealing with emotional turmoil. Worlds were colliding within me. The world of my visceral disgust for homosexuals was colliding with the world of my friendship with Chris. I liked Chris. He was a good guy. A friend. How could he be a homosexual? And yet, there was no denying that he was. I mean, he had just told me so to my face.

And then I remembered that Chris was going to be waiting with me at the mall until my dad arrived. Sometimes my dad was there waiting for the bus when it arrived.  Sometimes I had to wait a while for my dad to show up.  Sometimes a long while.

“Please, dear God,” I prayed inwardly, “Let my dad be at the mall when the bus gets there.”

An eternity later, the bus pulled into the mall parking lot. End of the line. Everybody off.

I swiveled my head back and forth as the bus came to a stop. My eyes scanned the parking lot, looking desperately for my dad’s car. 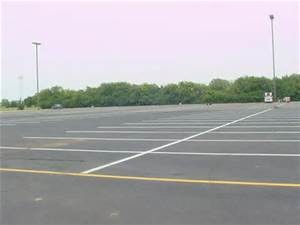 I was going to have to act natural, like everything in the world hadn’t changed between me and Chris. I did not think I was going to be able to do it. I was in shock. Literally.

I was so very far from home.

We got off the bus and stood in the parking lot. I tried to make small talk with Chris but it came off as weak and stilted. This was one of the most awkward experiences of my life.

Where in hell was my dad?!

It was painfully obvious to me I was doing a terrible job of acting normal. You could cut the tension with a knife.

Finally, Chris said, “Corbin, do you think this is going to be a problem?”

“Oh, no, not at all!” I gushed with fake enthusiasm. “It’s not a problem for me at all that you are homosexual. There’s nothing wrong with being a homosexual, as far as I’m concerned.” I was babbling.

Chris arched an eyebrow and said, “I meant about your dad giving me a ride home.”

There was one beat of stunned silence on my part. Then I threw my head back and laughed. I laughed long and loud and hard. Chris joined in with my laughter.

The laughter flushed out the shock.

The laughter flushed out the awkwardness. 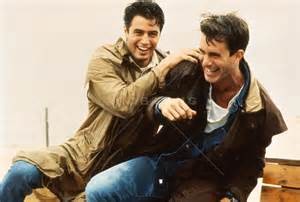 The laugher flushed out the panic.

And the laughter brought me back to friendship.

Friendship with a homosexual.

The two were now one and the same.

The adjustments to my religious views were just beginning. But I knew one thing for certain.

With Chris Caswell as my friend, I could no longer simply hate homosexuals.

With Chris Caswell as my friend, I was one step closer to home.

But home wasn’t the place I left that morning.

And home was a place I had never been.

But I was on my way.  And on a path different from the one I started out on.

And that has made all the difference. 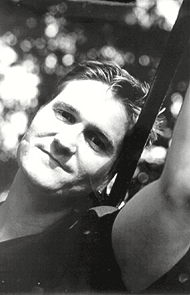 This one’s for you, Chris.