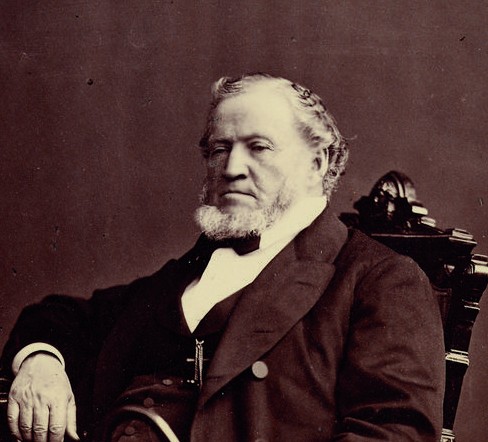 Okay, so I am supposed to be more sensitive right? Everybody in being sensitive while maligning Brigham Young and his legacy.

Brigham Young had racist views! So what? I am almost willing to stake my life on the fact that each person alive today has at least one racist view about his own race let alone all the other races! Am I justifying racism? No, I am just tired of the new ways that appear about why Black Mormons should feel good about a forty-year-old policy being done away because new evidence suggest that a 19th-century White man is racist!

Really? You don’t say. Show me a 19th-century man who wasn’t racist by today’s standards. 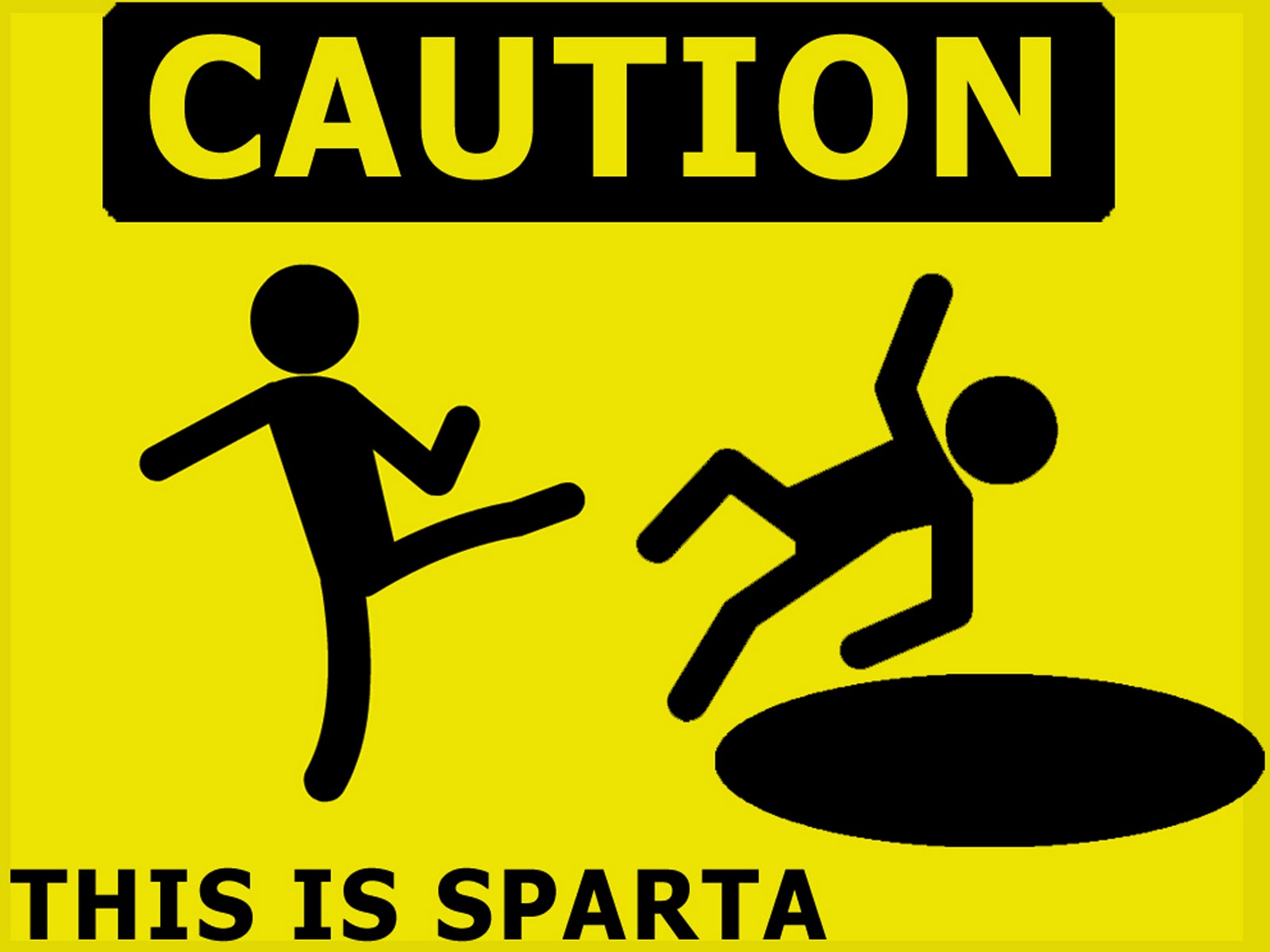 By the way, just as an aside, if you are looking for fair and balanced in this article, you have chosen to read one of my rare works where I am as biased as hell!

And if you don’t believe that hell is biased, listen to the product its admission representatives pitch. Those hellish employees never tell you what happens if you choose their product!

Now that I have put that rant out, let me tell you about Brigham Young, a prophet of God. Usually, I find many examples in the scriptures where something similar may have occurred to prove that Brigham Young was not setting a precedent here with banning a race of people from the priesthood. And yeah, I said it.

Brigham Young banned an entire race of people from the priesthood. You know what? Who cares if something similar happened in scripture or not? Obviously many of us keep trying to justify it so that we can feel good about our faith and religion.  Seriously people, just because some old dusty nomads did the same thing that a 19th century White man did does not make it any better. It makes it worse!

In fact, I would be embarrassed that after thousands of years so little social progress has been made! I would be if I actually thought of the church as a government agency.

Reporter:  How long did it take the USA to get a Black president?

Reporter:  Oh, oh, how long did it take to give the priesthood out to all worthy men?

Reporter:  Wait, I didn’t quite catch that. Repeat for me if you will…

Interviewee:  ABOUT FIVE THOUSAND YEARS, OKAY! I am so embarrassed!

Interviewee:  God, you know the great I AM?

Reporter: You know, I been meaning to ask you about the duck-billed platypus…

Curtain falls; applause and out! Good thing I am not God. 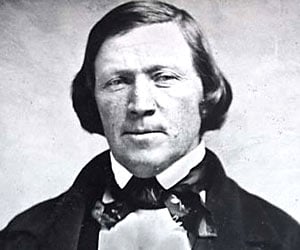 So, Brigham Young did not start out opposing the priesthood being given to Blacks, or should I say the Negro before Winter Quarters. I heard a rumor here or there that there was this guy named McCray who was a biracial convert to the church.

He, William McCray, took a few wives, White wives without permission to himself  and claimed to be a prophet who could conjure the dead prophets from scripture. Needless to say, but I will, he was excommunicated for apostasy.

President Young probably then acted on assumptions he had about Negros. He did not agree with slavery, but his damning words before the territorial government of Deseret against the Negro was clear–though he was not even speaking at a church forum!

According to the journal of Wilford Woodruff, Brigham said:

Any man having one drop of the seed of Cane in him Cannot hold the priesthood … I will say it now in the name of Jesus Christ. I know it is true & they know it. The Negro cannot hold one particle of Government … if any man mingles his seed with the seed of Cane the only way he Could get rid of it or have salvation would be to Come forward & have his head Cut off & spill his Blood upon the ground. It would also take the life of his Children.

I did some digging around the net and found the original text for the address that was given to the Deseret government. The meeting was about whether to let the  Negro govern if he could not hold the priesthood.

Since the Negro according to the THEN current prophet was not allow priesthood, Brigham said that he could not hold public office UNTIL he was free from the curse put upon him and given his freedom to hold the priesthood.

Now, I know you notice those ellipses. If you did not, I emphasized them. there was so much left out of that quote above to contextualize the meaning. Don’t get me wrong; the speech was still hurtful–seeing as how President Young equated Negroes to mere children and servants.

I think that the entire meeting was racist and I do not agree with President Young concerning the Negro, my race. But in reading that speech that he gave I learned that as backward was his thinking, he was a kind and gracious man.

Click Me to read everything that President Young said in the context that it was given.

I get it! He had some racist beliefs and he was STILL the prophet of the Lord’s restored Church. What does that say about God?

Reporter: We have conclusive evidence that you use racists to represent you on the earth. Is that true?

Interviewee: Oh come on. You are trying to make me look politically incorrect. You know I can only work with what is there.

Reporter: No sir. I just want you to answer the question. Is it true that your church, the one you established to bring all your alleged children to you was a racist.

Interviewee: Hold on now. I agreed to this interview with the understanding that you would not try to cause controversy. All of you are my children…

Reporter: So, are you going to answer?

Interviewee: Peter was just misguided. He was a prod…

Reporter: No, not that one. Another racist.

Interviewee: Abraham was not racist either you know. He did have the one wife I gave him, Hagar…

Reporter: No, a modern one.

Interviewee: Oh, where do I begin. Joseph was the only one who was not racist.

Reporter: I was looking for Brigham Young.

Interviewee: You should see the people who supported him if you think he was racist! It took me five generation to get the people aware enough to see the racism and a direct revelation to get them to change it. Some of my people can be quite difficult.

Reporter: Yes, back to Brig…

Interviewee: You know, it took some doing; but finally I was able to get that one last hold out to feel the spirit and change that policy. I had to make sure it was unanimous you see.

Interviewee: Why do you ask?

Reporter: That is the question we all want to know! Was it of God or man?

Interviewee: Didn’t my church get those bright kids of mine to write a nice article disavowing racist teaching…

Interviewee: Thanks for using my title.

Reporter: You’re welcome. Did YOU tell Brigham Young to ban all Negros from the priesthood?

Interviewee: I wouldn’t say that.

Reporter: What would you say?

Interviewee: Some things are just going to have to be a mystery. You guys are bright enough to figure this one out.

Interviewee: Yes. I have to go supervise some monks in Tibet. Remember, there are 7 billion of you darlings. I am never too busy for you.

Reporter: You never did answer the question.

Interviewee: I know. I will when you youth stop all that fighting. Every time you kill somebody they come to me unprepared and it upsets me!

Reporter: I see, but…

Interviewee: You have better things to worry about like preparing for my Son’s coming. Do you have your food storage?

Reporter: This is highly irregular!

Interviewer: I know. I never give interviews. I figure since these are the last days for your world and all.. I have so many people to prepare. Did  I tell you  that I love all religions  and people who serve me no matter the religion?

Interviewee: Yeah. I only have one group that I give the authority to represent me though. Good luck search that out. I will answer you if you ask. Peace be unto you.

Reporter: And there you have it. God refuses to give a straight answer about the priesthood ban. And now, I JUST INTERVIEWED THE CREATOR OF THE UNIVERSE!

I resolve that I will hear about Brigham Young as this big bad meanie for the rest of my life! It is not like he opened up the Western US to colonization or that he lead the Mormons to safety. It is not like he molded the church for over 40 years into the foundation for the modern Church of Jesus Christ of Latter-day Saints that came after. It is not like he was a loving husband and father.
By the way, he was all those things! I am just trying to make a point. Don’t take one sin that a person has and make it so that it diminishes all the good that he does. His decision may have influenced the lives of thousands for good or bad. We can let God handle that. The man is dead and on to glory. He repented of his sins. We are still here. Are we going to molder in the past and try to invent hurt that was not intended for us, or we can remember the past and understand that even God will not take the agency of His prophets?

We are supposed to pray about the teachings of the prophets. Thanks Brigham for making it easier to want to do that.

Rodric completed an undergraduate in psychology and a graduate in education. His hobbies includes singing and writing--topics mostly about religion and politics, the two taboo conversational topics. He is married with seven children, six still living. The answer is yes, they are all with the same woman! He lives in Phoenix, AZ and is a member of The Church of Jesus Christ of Latter-day Saints. He served as a missionary for the church in the South Africa Cape Town Mission.

All posts by Rodric Johnson