Marriage Equality – It Is Time 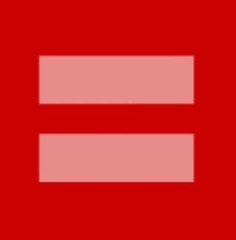 Listen, I’m not sure about the title of this post.  I know that I was just thinking, it is about time I stop being a coward and write the post that has been rattling around in my head for more than a year now.  So, it is not that I believe it is time now, because it is really way past time.

The same goes for marriage equality in general.  We are long over due.

The thing that made me decide I really need to write this post and get my thoughts out there was reading THIS  post at Momastery.  And I thought, if nothing else, what my heart says to me about this—and all other issues, really—need to be said out loud for my children.  And not just because they might grow up to be gay.  But because they might grow up to be human.  (And the odds of that are actually pretty good.)  And even though it is hard and scary for me, because the community that surrounds me does not like what I have to say, I have to say it.  Because I don’t want my children to approach their fellow members of the human race with that narrow-mindedness that I see from the community that surrounds me.  Indeed, it is my goal to raise them to always question a narrow mind, and to think hard about those who question an open mind.

I try to be understanding of view points that I don’t agree with.  I try to see these things from another point of view, and often times I find that even though I may disagree with my neighbors, at the heart of it all we want the same things. But, honestly, when it comes to marriage equality and gay rights, I just don’t understand where these people get off.  And I don’t understand how we could want the same things.

I have yet to see a valid argument for denying marriage rights to anyone.  People seem to cling to this idea of God ordaining marriage between a man and a woman.  And maybe they are basing that on the Bible?  But what the Bible actually says about marriage is a bit confusing, and most modern day Christians seem to have abandoned all but the Adam and Even style that they are most comfortable with.  Indeed, most Christians seem pretty choosy about what they do and do not follow in the Bible.  I’m just saying, I know a few ladies who consistently wear some cotton blends to church.  And sometimes even in combination with braided hair and jewelry.  And they almost never cover their heads to pray.

But I digress.  This post isn’t about how imperfect people wrote imperfect passages of scripture, and how we have to use inspiration and a bit of common sense to see beyond that to the heart of it.  The point is that people who oppose gay marriage seem to do it on religious grounds.  And what with the separation of church and state that we Americans are so fond of, those religious grounds make no sense to me.  I don’t understand this conservative notion that “government should stay out of my business, unless they want to enforce something that I believe in, because that is totally cool.”  If you want the government to start embracing and enforcing a particular religion, then fine.  But I think you’ve chosen the wrong nation of residence.  Also, take care.  Because you might miss that separation of church and state if one day someone chooses a religion that is not yours to enforce.

But here is the real nitty-gritty part for me (and what follows here is the part that is the scariest to write. the part that will get me the most hate mail).  I belong to a religion that DOES believe that the act of homosexuality is a sin. Notice the care with my wording there.  Just the act.  The Church has recently come to terms with homosexuality not being a choice, and doesn’t automatically assume a soul damned for being gay.  I give credit for that, because it is a step in the right direction.  But, I do only see it as a step.  Because, they still purport that acting gay is a problem.  And this is something I have struggled with for as long as I can remember.  Since way back when, and I was a teenager and I had gay friends and I knew them to be loving, and kind, and awesome.  And I didn’t believe they’d chosen that path and I struggled with a God that would create them a certain way and then tell them that being that way meant that they had to live a life of solitude and shame.  I have a really hard time believing in that God.  And for a lot years this is an issue that I pushed back into the recesses of my mind, so that I could feel comfortable sitting in church listening to people talk about we “love the sinner and hate the sin” and how we need to learn to “tolerate” those who make bad life choices and show them love in spite of it all.  I came to a point where I just had to admit to myself that I believed that all citizens of our beloved USA should have the same rights.  But there was still more to it than that.  But it was so outside of the realm of what my church community believes that I was just too afraid to voice it.  To even think about it.

And I kept pushing these things back into those recesses of my mind, until the birth of my first child.  And then I guess with all of the love, and all of those hopes and dreams I had for his future, and the things I wanted for him, and the world that I want him to grow up in and be a part of… there was no more room in the recesses of my mind, and it all came tumbling out.  And I finally had to admit to myself, to say out loud to myself, that I don’t even believe homosexuality is a sin.  Not the being, not the act, none of it.  Because, as I said above, I have a hard time believing in a God who would do that.  I don’t believe that God makes mistakes.  And if he creates a soul, and that soul is gay, he’d have to be kind of a jerk to then tell that person being gay is wrong.  And I don’t believe that God is a jerk.

I’ve read all the scriptures that people say mean God hates homosexuality.  I just don’t find any of them validating.  Strange flesh could easily mean adultery.  Or necrophilia.  It is the mind of man that has assumed it must mean gay.  And don’t get me started on Sodom and Gomorrah.  I don’t know how anyone could read Lot’s story and come away thinking homosexuality was the big offender.  I’m pretty sure that is a story about gang rape.  And if you recall, everyone was just as willing to include Lot’s daughters as they were his male guests.  They were equal opportunity gang rapists.

But I digress again.  My point is that it seems to me that societal influences have a stronger role in interpreting scripture than most people like to believe.  And sometimes what the scriptures actually say and what people say they say gets all muddled up.  So sometimes I have to put all of those scriptures aside, I have to take this issue straight to the God I believe in.  Because I come from a religion founded by a man who had hard questions and took them to the Lord in prayer, and got answers.  And he taught others to do the same.  And so I’ve gotten on my knees and I’ve told my God my issues.  I told him that I don’t understand this, that I’m conflicted with the implications of it. And I’ve told him that if he tells me homosexuality is a sin, then I’ll believe him (In fact, that would be the easy way out for me.  I’d fit in much better at church.) but that the idea doesn’t feel right to me.  My soul wrestles with it and I can’t find a peaceful place in the “love the sinner, hate the sin” approach to homosexuality.  And I’ve gone back to him many times about this issue.  And you know what?  I’ve never felt the confirmation that two people of the same sex loving each other is wrong.  Never even anything like it.

I HAVE felt the confirmation that having love and compassion and understanding for all of mankind is the course I should take.

I’m going with that.

I am a straight ally.