Lying for the Lord? 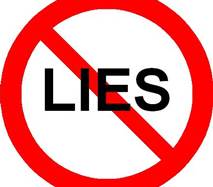 The LDS Church is currently engaged in a systematic and officially endorsed effort to misrepresent some of its teachings to the outside world.

This is not a new phenomenon.  As far back as the Nauvoo period, “Joseph [Smith] publicly and repeatedly denied he was advocating polygamy” while simultaneously marrying upwards of thirty women.[1]

But attempting a similar feat in the age of the internet is a dicey proposition.

Mormons Don’t Get Their Own Planet?

I am referring to a recently released essay on the LDS Church’s official website titled “Becoming Like God.”  While the essay should be commended for affirming that “divine parentage includes a Heavenly Mother,” such an admission cannot make up for the Technicolor prevarication in a different paragraph where it is claimed that “few Latter-day Saints would identify with caricatures of having their own planet.”

As an active member of the LDS Church for over 35-years, this is news to me.

A caricature is a “comic exaggeration.”  I am surprised to discover at this late date that the teaching I have personally heard and read on numerous occasions, 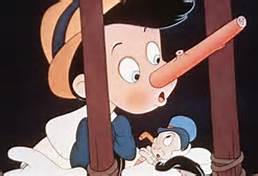 that faithful Latter-day Saints will eventually have “their own planet,” is a “comic exaggeration.”  It is not an exaggeration at all, comic or otherwise.  It is a fact, plain and simple.

The Church first ventured into this field of revisionist theology about a year ago when it published answers to frequently asked questions.  This is found on the official LDS website in the Newsroom section, which the webpage banner proclaims is “The Official Resource for News Media, Opinion Leaders, and the Public.”

One of the questions that is apparently frequently asked is, “Do Latter-day Saints believe that they will ‘get their own planet’?”  The answer given to this by the Church is simple and straightforward, if somewhat unexpected.  The answer is, “No.  This idea is not taught in Latter-day Saints scripture, nor is it a doctrine of the Church.  This misunderstanding stems from speculative comments unreflective of scriptural doctrine.”

Just to make sure I wasn’t losing my mind, I ran a test case by asking my wife this FAQ on the Church website.  I played it completely fair and asked her the same question in the same words:

“Do Latter-day Saints believe that they will get their own planet?”   Without hesitation, she answered, “Yes.”

So apparently there are at least two Latter-day Saints in the world who would answer that question differently.

No, wait.  There are more.  Those would be the prophets, seers and revelators who have taught this doctrine for over 100-years.

Brigham Young said those who are exalted “will be prepared to frame earths.”[2]  Orson Pratt taught that the faithful who rise immortal will “form and create worlds.”[3]  Lorenzo Snow said glorified Latter-day Saints will “organize matter into worlds on which their posterity may dwell.”[4]

But that was a long time ago.  Maybe that was just an anomaly.  No, wait.  There are more.

Joseph Fielding Smith wrote, “We will become gods and have jurisdiction over worlds, and these worlds will be peopled by our own offspring.”[5]  Bruce R. McConkie taught regarding exalted parents, “For them new earths are created.”[6]

President Spencer W. Kimball said, in addressing the October 1975 Priesthood Session of General Conference, “Brethren, 225,000 of you are here tonight. 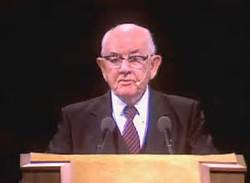 On another occasion, President Kimball counseled Latter-day Saints to “grow in ability and power and worthiness, to govern such a world with all of its people.”[8]

President Kimball was the prophet, seer and revelator of the Church of Jesus Christ of Latter-day Saints when he spoke these words.  But perhaps that doesn’t make a difference any longer.  Maybe 1975 and 1976 are too long ago for it to count.

What about contemporary iterations of this doctrine?  Surprisingly, both these quotes from President Kimball are alive and well in current LDS Church manuals accessible on the official website. 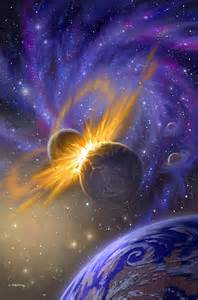 the Doctrine of the Gospel student manual, as well as the Doctrine and Covenants and Church History Seminary Teacher Resource Manual.

Even the manual used to teach investigators and new members contains this information.  From lesson 36 of the Gospel Fundamentals manual, the Preface to which avers, “The principles explained in this book are true,” we have the following: Those who dwell in the highest part of the celestial kingdom “will even be able to have spirit children and make new worlds for them to live on.”

Like I said, playing fast and loose with the truth in the internet age is a dicey proposition.

Lesser minds would call it lying.

But is calling this pattern of deception “lying” too strong?  Not if we use the definition advanced by the Church in chapter 26 of its Gospel Fundamentals manual: “When we say things that are not true, we are lying. 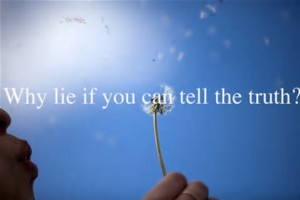 When we tell only part of the truth, we are lying.  When we lead people to believe something that is not true, we are not being honest.”

It therefore seems beyond question that the Church is intentionally lying about this issue.  I do not believe for one second that the anonymous “scholars” responsible for the offending paragraph in the “Becoming Like God” essay are unaware of the true state of things.  Nor are those who also under official Church sanction and approval published the dissembling answer to the frequently asked question of whether Latter-day Saints believe they will “get their own planet.”

But this begs the question of why lie about this in the first place?

The most obvious explanation is that the Church is embarrassed by its belief that the resurrected righteous will create and rule over planets in the eternities, and therefore wishes to publicly deny it; that the Church is desirous of appearing more in the mainstream of contemporary Christianity.

The Law of Unintended Consequences

If the goal is to get the Gentile world to think Mormons don’t really believe this, the gambit seems to have paid off, as various news agencies widely reported the 2/27/14 Associated Press story on this official Church 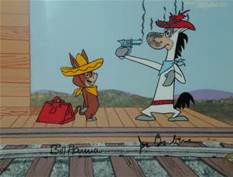 pronouncement:  “The Mormon Church is pushing back against the notion that members of the faith are taught they’ll get their own planet in the afterlife, a misconception popularized in pop culture . . .”

So now the world thinks that Mormons getting their own planet is merely a “notion” and a “misconception.”  Is this something to be cheered?

Milk before meat is one thing, but actively denying belief in the meat is another thing entirely.  Are we selling our birthright for a mess of pottage?

Has the Church learned nothing from the Paul H. Dunn debacle?

Do Mormons not teach that one of the primary causes of the Great Apostasy was the Church’s willing compromise of revealed doctrine to conform to the philosophies of men?

Impact on Mormons–What happens when Mormons read these new pronouncements?  If they are not well-versed in the historical record, will they not likely take them at face value and conclude that Latter-day Saints really 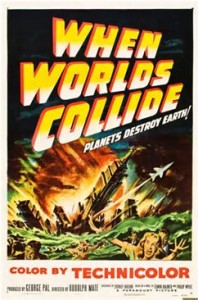 do not believe they will have their own planet?  Do we not face the possibility of Balkanizing belief among Latter-day Saints by creating a faction that believes the new pronouncements are correct, while leaving many others who believe the contradictory prophetic pronouncements of over a century?

And when these factions collide theologically, as collide they must, what will be the result?  Unity or disunity?  And when the true facts are revealed through such collisions, will the result be greater faith in the Church or less?

The Perils of Situational Ethics

The Church is thereby teaching its members that being dishonest is justifiable under some circumstances; that lying for the Lord is moral. 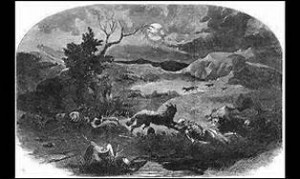 And the Church is teaching this by its own example.  But if lying may be rationalized in this manner, what other immoral acts may also be justified, so long as it is in service to the Church, and in obedience to Priesthood leaders?

A group of 120 emigrants learned the answer to this question on September 11, 1857 at a place called Mountain Meadows.  If nothing else, the massacre that occurred there should be a constant reminder to Mormons of the very real perils of promoting such situational ethics.