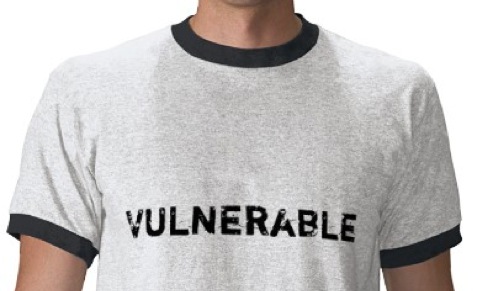 Those who have followed my posts here might know that I have had the benefit of a long and slow faith crisis… spread out over 20 years, since the beginning of High School to my recent decision to stop participating in the church for the foreseeable future.

Though certainly unorthodox by most standards, I was able, until recently, to continue in the church and try to improve things from within. I enjoyed every opportunity that teaching callings afforded me to advance meaningful discussion of difficult issues within my wards and quorums. I have had the tremendous blessing of a spouse that fundamentally shares my faith perspective and (excepting a few places of minor disagreement) we have always been on the same page. We have made every major step together. Including the step of walking away.

I have wondered since leaving what kept me there for so long. For many years it was testimony, of course. But the uncomplicated, full-board witness I once felt I had, has been gone for many years.

The history stuff bothered me to some extent at various times, but my approach to history has always been “learn more until you can see through the facts to the people underneath”. When you read everything available about Mountain Meadows, you begin to understand exactly how something so horrible can come to happen. Certainly, you see some villainy at work, but they aren’t Iagoesque villains… evil for the joy of being evil. They’re the kind born of common and tragic human flaws, environments of fear and distrust, and a culture where following orders is akin to following God.

All the history to be troubled by in Mormonism is more or less of that same ilk. Get in the details and it’s easier to understand why it went down that way. Doesn’t make things right, just makes humanity human. 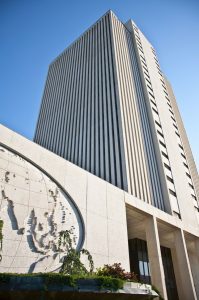 The harder stuff for me is the culture of the contemporary church. I hate the corporate structure and the bloated bureaucracy of the Church Office Building. I loathe the hypocrisy of claiming we have an unpaid clergy, while General Authorities and Officers (well, the male ones) are paid what most Americans would consider to be substantial salaries. I detest the obfuscation of church finances and the manipulative, un-doctrinal way the church teaches the law of tithing. I am weary of the smarmy attitudes of apostles who spew their opinions as if they bore the weight of scripture, when in fact, they are contradicted or condemned by scripture. I hate the prudery that has gripped the saints, the modesty policing, the scapegoating of porn, the rape culture fostered in our curriculum and hallowed in our institutions, and the ultra-right wing political views that members feel justified in holding, because it squares them with the Lord’s anointed. Where the actual LORD stands, be damned, right? I find the whole of the church’s multiple decades-long venture in denying civil rights to LGBTQ individuals to be the biggest mote and beam situation I’ve ever witnessed. And denying the priesthood to women without a doctrinal basis is worse than history repeating its self… It’s like cutting ourselves off at the knees while trying to service a damn trauma ward.

Now, it might correctly be pointed out that all of that crap is just the result of flawed humans being human too. Why do I tend to let the history slide and expect more from people now? I have some theories.

First. To me, the fundamentally beautiful promise of Mormon doctrine lies in the concept of Zion. We’re supposed to be building it. If not literally, then figuratively. And we’re not. We’re decidedly not. We aren’t even coming close to caring for our own poor. Every year we at Rational Faiths hold a fundraiser for the Liahona Foundation, a private non-profit that provides food and education to “malnourished LDS children”… a thing that shouldn’t even exist. We aren’t enlarging Zion’s stakes and growing her borders. We’re determining what kind of children of God can stay in our very small tent. We should be getting closer, but we’re getting further away. I can’t think of anything Zion is supposed to be, that we’re excelling at.

Second. I think today’s leaders either don’t really know our history, or don’t care to learn from it. Didn’t Mormon himself make the point that the benefit of recording the past is so that future generations might benefit from their mistakes? To our supposedly ongoing condemnation, we aren’t even learning from the freaking Nephites.

Nephites: Legacy of racism and unjustified animus toward people with darker skin. Made up theological excuses to justify hate.

Nephites: Failed experiment in polygamy. Attempted to justify it by invoking Abraham.

Nephites: A culture of pride; harsh judgement of others; neglect of the poor; believers that prosperity reflects God’s favor. 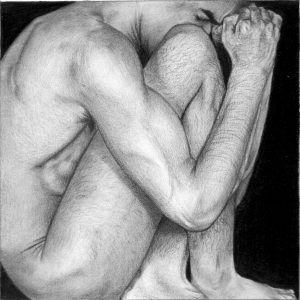 With a little hindsight, I think I can finally see when things began to really shift for me with the church. The straw that broke my back was the boneheaded and cruel exclusion policy, but the tectonic shift began much earlier, and much more slowly.

About a year after I finished college, I had decided to quit a good paying job for the church and get myself out of Utah. I was depressed, constantly anxious and briefly suicidal. My personal life was a wreck and I had been trying to fix it on my knees. I did everything I could to draw closer to God. And even though I knew that wasn’t synonymous with drawing closer to the church, I did. I sincerely tried being all-in LDS. With the help of a change of venue, I gave the church my complete effort. But as I dug in I found that the things I felt the church was getting really wrong at the time, couldn’t roll off me like before. Because I was more deeply invested, I was more vulnerable than I had been in years. I was trying to make a relationship work with a spiritual partner who didn’t love, respect, or even regard me that well. Incidentally, I started doing the same thing in my dating life. I relentlessly sought fulfillment in a one-sided relationship in which I was barely being tolerated, much less loved or cared for. All the prayer I could muster (and it was a lot) wasn’t helping because I was trying to square my very round self to fit the hole presented by “the church”. It wasn’t until I re-read Romans and Galatians that I started to remember that Christ actually wanted me in my natural shape. He wanted Jared as he was, not the Jared I was trying to make myself.

Part of the difficulty in departing a spiritual home like Mormonism is inevitable the loss of some vulnerability. When you realize what being vulnerable to an abusive institution has cost you, it’s tempting to stop being vulnerable altogether. This is evident, because most of those who leave never join another church. Those of us that do, overwhelming choose less-structured ones, where less things are spelled out and more discipline is required to make spiritual progress. Being vulnerable is one of the things that makes prayer work so well. Being vulnerable helped me feel the Holy Ghost. The challenge for me now is how to stay vulnerable with God and never again be so vulnerable to an institution.

For Post-Mormons who have retained religious and/or spiritual lives, what has helped you most?