Looking At The Men In The Mirror 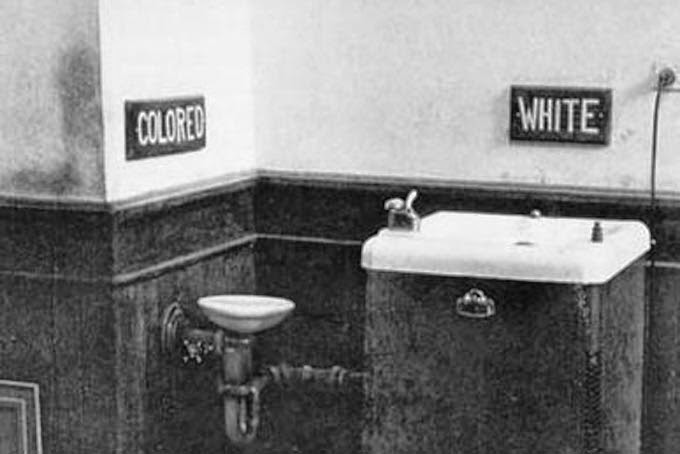 Junot Diaz is one of my favorite writers- he just has a way of guiding you through unfamiliar terrain as though you are an insider, turning Dominican geek boys into a normal, comfortable thing, like the sun rising, or waking up.

And that’s the thing- maybe it is like waking up, because, before Diaz introduced me to The Brief and Wondrous Life of Oscar Wao, I didn’t know Dominican geek boys existed. Yet, here we are, talking about them and the reality and normalcy of them.

My favorite thing about Diaz’s bringing awareness to the existence of Dominican geek boys is how intentional he was about bringing a very real part of society for everyone to see. Diaz explains:

“You guys know about vampires? … You know, vampires have no reflections in a mirror? There’s this idea that monsters don’t have reflections in a mirror. And what I’ve always thought isn’t that monsters don’t have reflections in a mirror. It’s that if you want to make a human being into a monster, deny them, at the cultural level, any reflection of themselves. And growing up, I felt like a monster in some ways. I didn’t see myself reflected at all. I was like, “Yo, is something wrong with me? That the whole society seems to think that people like me don’t exist?” And part of what inspired me, was this deep desire that before I died, I would make a couple of mirrors. That I would make some mirrors so that kids like me might see themselves reflected back and might not feel so monstrous for it.”

Junot Diaz made a mirror.

“We are just not righteous enough, you have to admit.  In Mexico, we still have a long way to go” my new friend, Mau texts me late Saturday night. I feel my stomach tangle in knots because it is not true, I know this, in my head, I know this. But I have heard so many variations of this thought throughout my life; on the steps of choir practice years ago, as the mission president’s secretary told me “We just are not righteous enough to produce an apostle yet”, in the words of the primary kids who would joke that maybe I had been more righteous than my darker skinned brother because I was guerita; in the jokes of American elders who laughingly stated “You know what they say, the church is true…in Utah!”; in church classrooms, with teachers who have told entire classes that we would all be resurrected to be white and blue eyed.

I have walked through chapels and temples where blue eyed and golden haired Jesus comes down from the heavens, announced by concourses of other white and blue eyed angels- artwork that depicts Lamanites who are purported descendants of Mayans, that look nothing like the short, dark skinned, round headed, sing-song Mayan descendants that I worship with; people with last names like Can, Puc, and Chan with broad smiles and kind hearts.

I have carried 31 years of stones and pebbles that have spilled out of others, pebbles that say indirectly that we are not righteous enough, and still have work to do in order to have someone that is worthy to be an apostle.

I am not calling into question whether the men chosen to be apostles are good, or kind or righteous- but is there really nobody outside of Utah who can be a special witness of Christ? God is somehow myopic (outside of Utah lines)because He can’t seem to see any leaders outside of Utah.

I sometimes daydream of what a Latino or a Black or an Asian apostle might say and am startled awake by the miles, and cultures that distance and interfere with a smoother understanding of what and who God is when those that speak for Him are all the same and hardly reflective of the general membership.
It is 2015, and here are some facts:

I am tired that we are so damn lazy as a membership that having a German apostle and a French presiding bishop is considered diverse, or that we are patted on the head and lovingly told to be still, because these leaders speak Spanish/ served foreign missions/ once lived in Africa.

At the end of the day, I can’t decide to not be Mexican. I can’t shed my skin. I can like Thoreau, I can sing “America The Beautiful”, I can have a favorite founding father (Franklin) and I will still not be white. To say that apostleship and past service would be the spiritual equivalent of Black Like Me is so offensive and dismissive. It is even more depressing that this is coming mostly from my brothers and sisters in Christ.

I have stood inside the temple with mirrors pointing to eternity, my reflection on them clear, asking God if He does indeed love me, like His spokespeople claim, even though there is no room for anyone who shares my experiences. In my heart it is always a yes, and then, a conflict. If it is a yes, then why isn’t it a yes for God’s mouth pieces? If I am made in His image, then, He must be brown too. If we are made in His image, He must be black, and Asian and Samoan. And yet.

I keep hearing how global we are as a church, how far our reach is, how we will be in all nations. I am told that God is aware, that God sees the heart, and yet the only pool to complete the body of Christ is in Utah? And how diverse is this body of Christ when it is solely composed of people of the same race, upbringing, schooling, gender, of people who have only served among the church majority, but are not one of them and have not lived as one of them? Leaders who work within the biases they were raised with, biases not instantly lifted when given the priesthood? We calmly hear that God will do things in his own time while dismissing that we are the nuts and bolts that turn the clock.

We place the burden of our blindness on God, but we can’t even hold a mirror up to reflect Him.