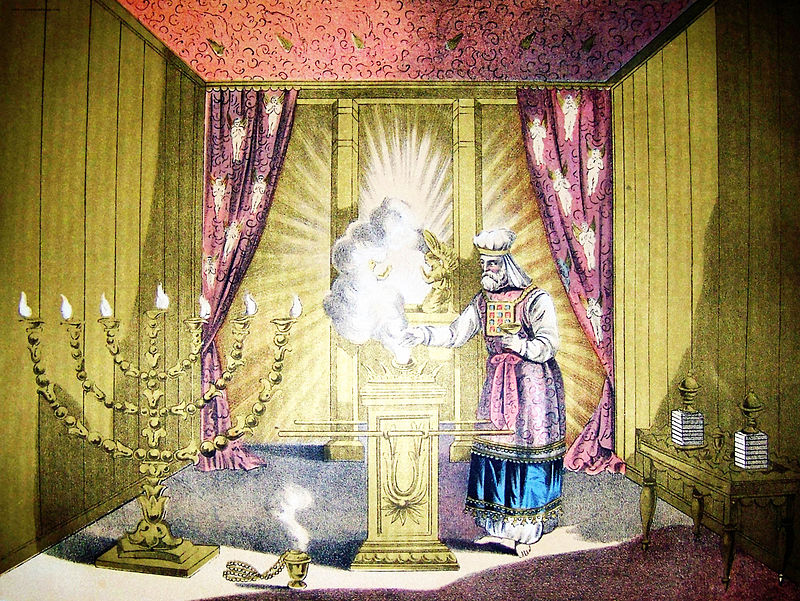 Congratulations, folks! We just survived yet, another rapture prediction. I have to say; I’m not quite so sure why “summer solstice” would usher in the endtimes….but whatever.

This is nothing new to me. When I was in sixth grade, my parents decided it was time for me to switch schools, and they send me to an Independent Baptist school for three years. These were three of the worst years of my life.

This school had a lot of rules. For instance, we had to wear dresses to class every day. There were also restrictions on makeup, jewelry, and the type of music we listened to, because of course, all “secular” rock music was evil. In fact, a lot of things were considered evil, including Mormonism.

But what was even more frightening than that was their theological perspective. This school unapologetically taught premillennial dispensationalism, along with a “literal” interpretation of the scriptures – the Bible was to be taken literally. It was also treated as a science textbook with the dinosaurs walking alongside humans in the Book of Job.

If this was not enough, the same year I entered the school, my sixth grade teacher decided we were old enough to be introduced to “the rapture” through a four-part video series from the 1970’s called A Thief in the Night. This film series makes the Left Behind series look like a total joke!

The premise behind the film – Jesus could return anytime, and since “no one knows the day or the hour,” (Matthew 24:36) you’d better be ready!

For a twelve year old, this is freakin’ scary! I used to lie awake at night and fear that I would wake up the next morning and find my parents and everyone else gone, because I wasn’t sure I was “saved.”

I still recall the beginning of the film included an added warning – “Don’t let me find you sleeping” – signed, Jesus.

But who exactly is the “Thief in the Night”? And who would he find sleeping?

There’s a Temple context here that often goes overlooked. And when you realize what “Thief in the Night” really means, it’s as funny as hell! (pun intended!)

I have since learned that the expression “Thief in the Night” is Hebrew idiom in reference to the High Priest, who was placed in charge of the lesser priests performing their night shifts in the Temple. Part of their duty was to guard the burning altar of sacrifice, alongside the menorah to make sure the flame did not go out. If the priest-on-duty was caught having fallen asleep during his night shift, the High Priest would take some coals in a fire pan and place them underneath the priest’s tunic. The tunic would catch on fire, and the priest would have no choice but to tear off his clothes and run through the street naked!

It was the High Priest’s way of embarrassing the lesser priests, and I’m sure he had fun with it!

So, how does this connect with the “rapture” and scaring the bejebus out of a class full of unsuspecting twelve year olds?

Well, I don’t think the latter was justified (actually I think it borders on spiritual abuse!), but considering Jesus is our great High Priest according to Hebrews 4:14-16, I now believe he must have a real sense of humor when it comes to dealing with his followers! (I picture Jesus having a great sense of humor!)

So what does Jesus require of us? It’s quite simple: To be about doing God’s work. In other words, it’s a call to service. If we fall asleep on the job, Jesus has every right to embarrass the crap out of us to get our attention! But I don’t believe we have to constantly fear being “left behind,” as I did growing up. Jesus is not in the “scare tactic” business.

And if we go back to the original “Temple” context, “service” is priesthood rhetoric! (see Beale, The Temple and the Church’s Mission, 67) We are to be in the service of God and others, just as the priests were in the service of the Temple. In my experience, Mormons understand “compassionate service” better than most, so we’re doing okay.

When studying the New Testament, context is everything.  See, it pays to be theologically “woke up.”

Reference: Beale, G.K. The Temple and the Church’s Mission: A Biblical Theology of the Dwelling Place of God. Downer’s Grove: InterVarsity Press, 2004.

Postscript: Earlier I mentioned that this school taught Mormonism was “evil.” In their efforts to “educate” us about the danger of “cults,” our seventh grade Bible teacher showed our class the anti-Mormon (and really offensive) film The Godmakers.

At that age, I understood very little of what was going on in the documentary, but I thought the Temple looked “cool” and I wondered what kind of “strange” rituals went on in there. (I still don’t have a Temple Recommend, so I guess I will never find out!) But this was where I first learned about Mormonism and Joseph Smith, so even back then I was a Mormon in the making!

I no longer believe in “the rapture” because I don’t believe it is scriptural. I do, however, believe in the Resurrection and look forward to Jesus returning. I think that will be an exciting day!