A Letter to a Liberal Mormon 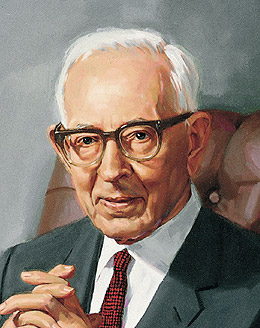 A LETTER TO A LIBERAL MORMON

I have heard things and read things as they have come across my Face Book feed that are concerning and need to be addressed.  There seems to be a rise among liberal and so-called “intellectual” Mormons to give science primacy over the Word of God.  Allow me to expound upon the areas in which you do error:

“I say most emphatically, you cannot believe in this theory [evolution] of the origin of man, and at the same time accept the plan of salvation as set forth by the Lord our God.  You must choose the one and reject the other for they are in direct conflict and there is a gulf separating them which is so great that it cannot be bridged, no matter how much one may try to do so…for according to this theory, death had always been in the world.  If, therefore, there was no fall, there was no need of an atonement, hence the coming into the world of the Son of God as the Savior of the world is a contradiction, a thing impossible.   Are you prepared to believe such a thing as that?”1

“When our leaders speak, the thinking has been done. When they propose a plan–it is God’s plan. When they point the way, there is no other which is safe. When they give direction, it should mark the end of controversy. God works in no other way. To think otherwise, without immediate repentance, may cost one his faith, may destroy his testimony, and leave him a stranger to the kingdom of God”2

“No one realizes more than I that I am “a fallible man”; and I accord to every other man, including the scientists, the same compliment.  There is one place, however, where I feel that men are infallible. That is when they, as prophets, reveal to us the word of the Lord.”3

So what of the fossil records, of carbon dating, etc?  Can’t you see it?  God is testing the faith of scientists and of you, liberal Mormons.

This came into clear focus for me the other night when I was called into the emergency room to take care of a two-year old child who’s femur had been broken.  We took the child into the operating room to fix the femur surgically and suddenly it dawned on me.  None of my training, none of the medical research pointing that our treatment of this particular fracture was the correct treatment, mattered.  It was all illusory.  God would heal this fracture whether or not we treated it surgically. Just as the geologists, anthropologists, and archaeologists are being tested by so-called science, all the medical science was just testing my faith in God.  God will ultimately decide who will and who won’t be healed.  He will determine what is true. And so now, when I get called into the hospital in the middle of the night,  I will only pray with my patients.

So, liberal and intellectual Mormons, please, please listen and heed the scriptures.  Please repent and make a course correction before it is too late.  Isn’t it clear?   When science and God’s chosen prophets collide, we need to realize that science is just wrong and we should always go with what our prophets say without questioning.

2Improvement Era,Ward Teachers’ Message for June, 1945, “SUSTAINING THE GENERAL AUTHORITIES OF THE CHURCH”. To read the full text, click here.

3To read this correspondence and more between Joseph Fielding Smith and Dr. Henry Eyring, click here.