Lesson Notes on “How can I help others understand my standards?” 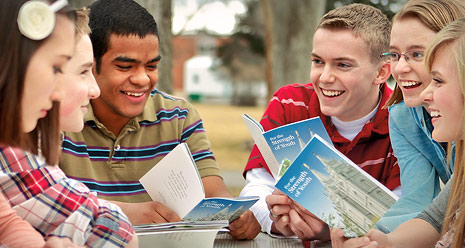 These are some brief notes I put together for my youth Sunday School lesson using the theme How can I help others understand my standards? Paul asked me to put them up here in case someone else finds them useful.

Open by reviewing the experience Al Fox (the “tattooed Mormon”) had on her first trip to Utah.

Discuss: What did the man in line do wrong? What could he have done instead? Why would Al Fox’s (presumably) LDS friends warn her that she might not fit in living in Utah? Do we have a poor reputation in tolerance?

Soap box: briefly introduce the idea of religious pluralism and the increasing need to learn to get along with those of different standards and views. Briefly discuss what it means to be self-righteous and what effects it can have on others (and on oneself).

“Let no man despise thy youth; but be thou an example of the believers, in word, in conversation, in charity, in spirit, in faith, in purity.” – 1 Timothy 4:12

Discuss: What does this scripture have to do with the lesson theme? What are the characteristics we are supposed to have when being an example?

Reiterate: it’s possible to be respectful of other people’s standards without yielding ground on your own

The ultimate example of caring deeply for and respecting someone with a totally different background (read: standards), all the while still holding to one’s own standards (Luke 10:25-37)

Discuss items from Answering Gospel Questions article, in particular, “Assume good intentions” and “Learn from each other”. Also, “Be comfortable not knowing all of the answers”, although, if you don’t know them, go find out! Standards are so much more meaningful when we have a good “why” behind them.

I'm a heterodox Mormon who's lived my whole life in northern Utah, apart from a mission in Spain. I love exploring our theology and finding in it new ways to bring meaning to my life. In the church I'm a Sunday School teacher for the teenagers, which is a very fun and challenging calling. I have been married four years and my wife and I have a daughter who's almost a year old.

All posts by Trevor Price