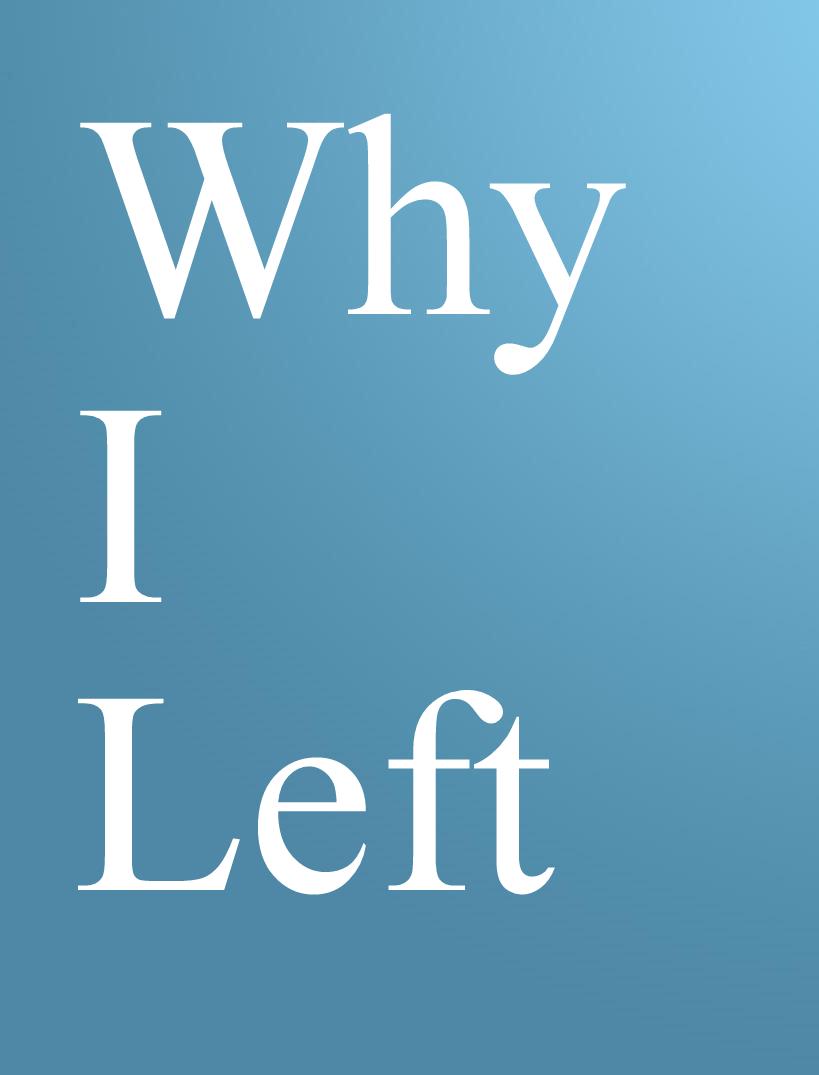 My decision to leave was made a few weeks before Kate Kelly was excommunicated. My priesthood leaders know and have expressed their love and understanding. I will not ask to have my name removed from Church records, I will simply go inactive. My 15 year old daughter has chosen to leave with me. My sharing this decision is self indulgent for sure, but it is coupled with the delusion that it may help someone in some small way.

My wife has known this was a possibility for some time now. Nevertheless, the night it all came crashing down she was wrecked. (She wasn’t a wreck she was wrecked!) She cried as images of me kneeling at an altar, hands clasped with hers, disappeared like smoke from a candle suddenly snuffed out. Dreams of her oldest daughter standing on Temple steps with her new husband suddenly faded and were replaced by blurry images laced with uncertainty. She’s doing a little better now. She continues to go to Church with my 3 other daughters (who have the option to stop going at any time).

People may ask “why?” The answer is complex. To start, it was hard to look my LGBTQ friends in the face knowing I support a religious organization that openly persecutes and preaches hate against them. I won’t support hate anymore. I was uncomfortable talking to my non-Mormon feminist friends knowing I support a religious organization that persecutes and oppresses women. I have a hard time looking my black friends in the eyes knowing I support a religious organization that preached hate against them and still refuses to apologize. I refuse to beg for equality any longer. I feel like an Uncle Tom pleading with my master to give me a room in the big house. No man or woman will stand between me and God ever again. Besides, priesthood and priesthood offices are construct designed only to control. I refuse to be controlled when I have a choice not to be. I will not beg for that which is naturally mine.

Most of all,  I can’t stand the corporate culture of the Church. The PRethren are apostate* and in no way stand as special witnesses of Jesus Christ. When they testify of Jesus it sounds exactly like my testimony. I can’t see how that is special. No one prophesies or reveals anymore. As far as I can tell they don’t even seek institutional revelation. I think they are afraid. I think fear motivates and shapes many of their policies and procedures. I think fear prevents them from giving more to the poor, sick, and afflicted. They hoard and invest for no other purpose than to hoard and invest in preparation for some rainy day in the future. Sadly, they can’t see that the rainy day is today and they are withholding umbrellas. The worship of money and mammon is preferred over working towards consecration and Zion. Oh there is the issue of redeeming the dead but that always gets drowned out in my mind by the sounds of malnourished Mormon children whimpering across global Mormon communities. I won’t support fear based religion. I Can’t do it anymore. I won’t do it anymore.

I will always be involved in Mormon stuff. I’ll agitate for change as loud as I can from the outside. Some people want to try and change things from the inside. That’s cool. I wish them the best. I hope they succeed. I just can’t prop up a hateful, fear driven, money motivated institution any longer.

I am happy to say that I left the Church as a member in good standing. I’m not running from sin or towards it. There won’t be any huge lifestyle changes for me.

My daughter asked me, “What will we do now Dad? I pulled a book off the shelf. It was a collection of Calvin and Hobbes comics. I turned to the last page and handed her the book- 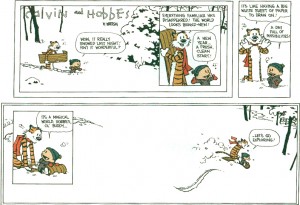 *To suggest the PRethren are apostate is to assume they were ever not apostate. In my mind, they have fallen away from simple gospel principles and that is enough to justify the accusation.