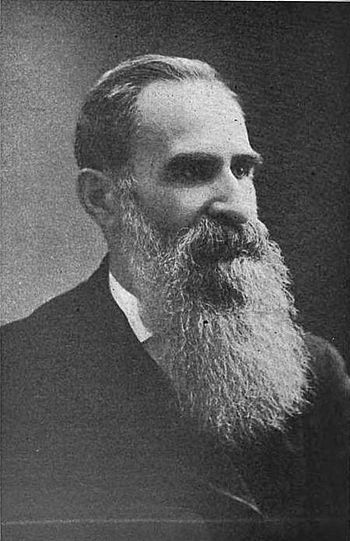 As members of the Church of Jesus Christ of Latter-day Saints, we acknowledge the recent ruling by the U.S. Supreme Court Reynolds vs. United States which holds that men may be married to one woman and one woman only. While acknowledging the ruling, we strongly disagree with the Court as it poses a clear risk to religious freedom in our society which is guaranteed by the First Amendment of the Constitution. We also affirm that the Court’s decision does not alter the Lord’s doctrine that marriage, even the New and Everlasting Covenant of Marriage, is ideally a union between one man and two or more women, a relationship eternally ordained by God from the foundations of the world.

While corrupt civil governments and popular opinion may seek to alter God’s laws, we are simply not at liberty to change the ideal of the Lord’s eternal and unchanging definition of marriage which has been clearly revealed as between one man and multiple wives. Unlike other organizations that can change their policies and even their doctrines, our policies regarding plural marriage are determined by truths that God has identified as unchangeable, and we are not at liberty to change them.

That plural marriage is God’s eternal and unchanging ideal standard for marriage has been clearly and routinely taught by our Prophets, Seers, and Revelators. They have further warned that monogamous marriages of one man to one wife are ruinous to governments and societies that condone them.

For example, President Brigham Young clearly taught in 1862: “Monogamy, or restrictions by law to one wife, is no part of the economy of heaven among men. Such a system was commenced by the founders of the Roman empire…. Rome became the mistress of the world, and introduced this order of monogamy wherever her sway was acknowledged. Thus this monogamic order of marriage, so esteemed by modern Christians as a holy sacrament and divine institution, is nothing but a system established by a set of robbers…. Why do we believe in and practice polygamy? Because the Lord introduced it to his servants in a revelation given to Joseph Smith, and the Lord’s servants have always practiced it. ‘And is that religion popular in heaven?’ it is the only popular religion there” (Brigham Young, Deseret News, August 6, 1862)

Elder George Q. Cannon repeated in 1869 the truths taught by President Young: “Where are the nations that have existed from time immemorial? They are not to be found in Christian monogamic Europe, but in Asia, among the polygamic races — China, Japan, Hindostan and the various races of that vast continent. Those nations, from the most remote times, practiced plural marriage handed down to them by their forefathers. … Rome with her arts, sciences and warlike instincts, was once the mistress of the world; but her glory faded. She was a monogamic nation and the numerous evils attending that system early laid the foundation for that ruin which eventually overtook her.” (Journal of Discourses, Vol. 13, p. 202)

Elder Wilford Woodruff revealed the following truth to us in 1869: “If we were to do away with polygamy, it would only be one feather in the bird, one ordinance in the Church and kingdom. Do away with that, then we must do away with prophets and Apostles, with revelation and the gifts and graces of the Gospel, and finally give up our religion altogether and turn sectarians and do as the world does, then all would be right. We just can’t do that, for God has commanded us to build up His kingdom and to bear our testimony to the nations of the earth, and we are going to do it, come life or come death. He has told us to do thus, and we shall obey Him in days to come as we have in days past.” (Journal of Discourses 13:166)

We emphasize Elder Woodruff’s point: changing the Lord’s definition of marriage away from plural marriage would literally result in the end of Mormonism and thus the Kingdom of God on Earth. It is thus of vital importance that we maintain and defend the Lord’s standard of plural marriage as our very religion and salvation is at stake. We can trust that neither Elder Woodruff nor any other of our leaders will ever lead the Church astray by ending plural marriage. Should such an unlikely event occur, however, God will undoubtedly pave the way for the restoration of plural marriage at some point in the future.

The refusal of the Supreme Court to recognize and legitimize God’s ordained pattern of plural marriage does not, indeed cannot, change the moral law that God has established. God expects us to uphold and keep His commandments regardless of divergent opinions or trends in society.

Finally, we strongly warn that any government, church, or institution that promotes marriages between one man and one woman only will contribute to the disintegration of the family and will bring upon individuals, communities, and nations the calamities foretold by ancient and modern prophets. We call upon responsible citizens and officers of government everywhere to promote God’s divinely ordained plan of plural marriage which is designed to maintain and strengthen the family as a fundamental unit of society.