Law of Armed Conflict and The Book of Mormon 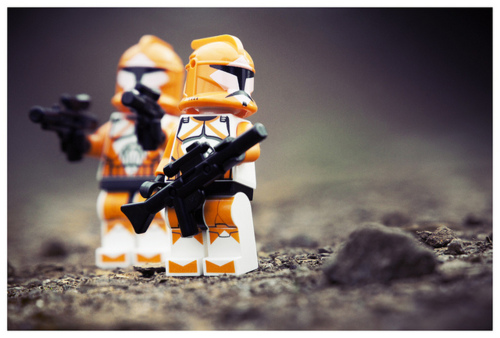 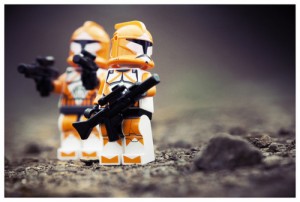 Laman and Lemuel in clone form

“Atticus” returns to talk about war and law. Because he is an active member of the military, we decided it would be best to keep his real name private. Enjoy his post!

The Book of Mormon is full of war stories, strategies and bloodshed. I’ve heard lots of people say that it’s proof the Book of Mormon was made for our times because we have so many wars – I’d say so many war stories, but as for war, this is a safe time to be alive. I thought it would be fun to take a modern approach to some of these war stories. Just for fun I’m going to use the current Law of Armed Conflict (LOAC, also known as International Humanitarian Law in many countries).

First, a very rough crash course in LOAC. This is very simplified, and nothing like the hours long presentations I’ve given. I will not deal with Jus Ad Bellum, just Jus In Bellum because we will assume that war is already rightly in progress for all of our analysis. The first principle is military necessity which says any target must create some military advantage. This is a very low standard. Just about anything a military does can create military advantage. Knock out a damn that provides drinking water to millions of people to kill one enemy soldier? Yes. Bomb a village full of civilians to kill one enemy soldier with a broken leg? Yes. As I said, it’s a low standard, and only the first one. So don’t panic. 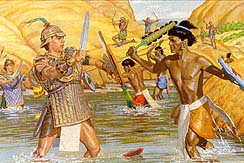 The second principle is proportionality: Any military advantage must be proportional to the collateral damage. Knock out a dam that provides drinking water to millions of people to kill one enemy soldier? No. Bomb a village full of civilians to kill one enemy soldier with a broken leg? No. This is a much higher standard. And because it is a balancing test, proportionality plays a larger role in small conflicts – Iraq, Afghanistan – than in large conflicts – WWI, WWII – where losing means enemies march in your capital. Don’t confuse proportionality with what it’s not – a balancing test of the amount and type of force used. If an enemy soldier pulls a small knife and charges the fort, I don’t need to pull a small knife to defend the fort; I can drop a 1,000 pound bomb on him.

The second and third principles are distinction and chivalry. Distinction says you should distinguish yourself from the civilian population – uniforms, arm bands, etc – and have a chain of command controlling the armed forces. Military bases should be far from schools, hospitals and POW camps clearly marked, etc. Chivalry says camouflage is ok, but not dressing up like nuns and sneaking into the enemies camp. Causing unnecessary suffering is also out – you shoot to kill, not wound. War means fighting, and fighting means killing, if you don’t want a man dead, don’t shoot him. But once he’s wounded you must treat him the same as your own brothers and sisters in arms and treat his wounds. Also, take prisoners when they surrender or are wounded and therefore no longer lawful targets. This was short and dirty, but it’ll have to do.

Nephi about to bring the boom

The first guy to die in the Book of Mormon is Laban. Let’s assume Lehi has started a sovereign nation in the wilderness and Laban started a war with him when he stole his goods – a bit of a stretch, I know. When Nephi finds Laban passed out drunk in the street and cuts his head off, is it legal? Under LOAC, yes. Laban, as the captain of 50, is an enemy combatant, so killing him creates some military advantage. No civilians die in Nephi’s attack, there is no need for a proportionality balancing test. There is nothing in the rules of modern warfare that says you have to take a prisoner unless the enemy surrenders. It’s the enemies job to surrender before he is killed, or in Laban’s case, his head is chopped off. Being asleep is no exception.

However, Nephi puts on Laban’s clothes and pretends to be Laban. In doing so, he violates LOAC and becomes a spy. Spies, by their nature, are not following LOAC. Remember, you can hide, use camouflage, but you can’t pretend to be someone you’re not. You can’t say you’re just a civilian to sneak into your enemies fort. If you do, and get caught, you’re not a POW, you’re a criminal. If Nephi had been caught acting like Laban, he’s just a spy, a criminal.

problem. (See Alma 44) (Interestingly, beforehand Mormon talks about strategy being a possible moral issue, but fair fights are not an issue in LOAC. Once war is on, let your horses run). It’s what happens next that causes a problem. Zarahemnah refuses to surrender, and continues as an combatant and lawful target. But Moroni’s lieutenant scalps Zarahemnah. Scalping surely falls under unnecessary suffering. Moroni’s man wounded Zarahemnah just to ad emphasis to his message. In today’s military, it’s time to draft charges and convene a court-martial. Ironically, had he just killed Zarahemnah and started killing the rest of the enemy combatants when they failed to surrender, it would be time to draft the award package.

Another Book of Mormon story that stands out under today’s LOAC is when the Nephites are giving wine to their Lamanite prisoners to see if the wine is poisoned. (See Alma 55:30-32) We don’t even need to get into the details of the law to see how this plays out by today’s standards. Imagine if a modern nation gave food to its prisoners just to see if it’s poisonous. The outcry would be massive. People would demand it stop and those responsible prosecuted. But when reading the Book of Mormon, people often think about how smart the Nephites were.

What I find the most interesting about these different scenarios, is if they happened today we would have no trouble spotting the issues. Decapitating an army’s leader? Well done. Scalping someone to send a message on a modern battlefield? Horrible. Poisoning prisoners? Barbaric. It wouldn’t even take a LOAC scholar to spot the problems, but when we read them in the Book of Mormon, we often times miss them. Standards change, and we should be aware of that when we read scripture or we’ll miss the humanity in their pages.