Am I Latino Yet? An Awakening 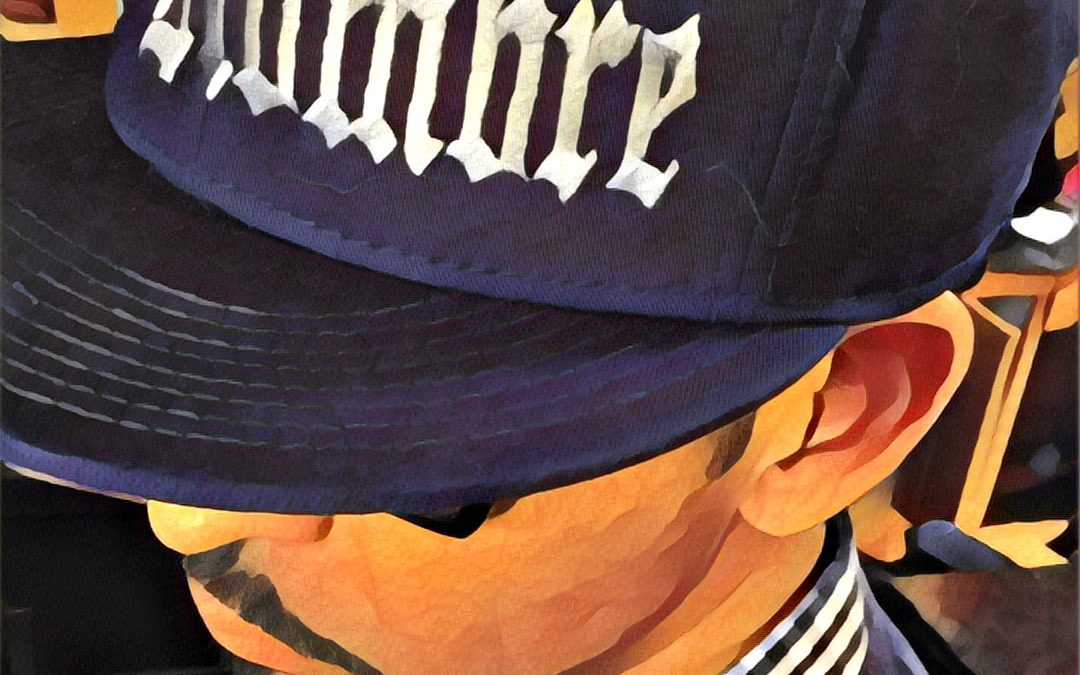 Note:
This originally published in the Huffington Post on February 12, 2017

Recently I changed my Facebook profile name from Michael to Miguel. This was in response to some thoughts I’ve had lately about my Guatemalan heritage and conversations with my prima, and my good friends Azul and Fatimah. After speaking with them, I decided to work out my thoughts in an essay.

About a year ago I started thinking about my Guatemalan heritage.  How do I express that? My brother, Paul, and I are second-generation immigrants. Our mother, Haydee, immigrated from Guatemala in the 60’s, after Lyndon B. Johnson signed the Immigration and Nationality Act of 1965; she is a first-generation immigrant.For most who are second-generation Latino-American immigrants, it is easier for them to express their “Latinoness” than it is for me. That is, they have first or last names which are Spanish or they have a Spanish accent when they speak, or they just “feel Latino.” Although Paul and I are half Guatemalan, we were both raised by our white father and his second wife, Chareine, who is also white. For reasons beyond the scope of this essay, I’ve only seen my Guatemalan mother, Haydee, twice since she remarried and moved away when I was six. Chareine is the one who raised us and she is who we call mom. Because of that, we were raised with privileges that other Latino-Americans often don’t have. And right now my Spanish sucks, so there’s that too. And because of all of this I more readily identify as a white American as opposed to Latino. I don’t know if this makes sense, but I feel white. Lately though, there seems to be something missing and I want to try and bridge the two identities.

I do a weekly podcast with social psychologist, Dr. Darron Smith. It’s a podcast series that deals with racism which is hosted by the LDS blog, Rational Faiths. In our first episode, Dr. Smith and I discussed Colin Kaepernick and Kaepernick’s awakening to his “blackness.” The concept struck me. Was I experiencing a parallel? Was I awakening to my Latinoness? The thing with Kaepernick though was that he could express it in his protests at the beginning of football games and by physically changing the way he looked. He grew his hair out into an afro – a way that has been used to express one’s black pride or as a protest.
But what could I do? This thought didn’t come from a singular event, but from several. 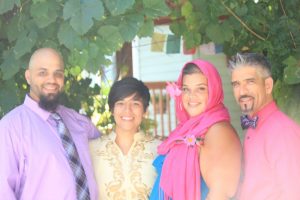 One of the things that pushed me was going to my sister, Quetzal’s, wedding to her partner, Tina. Let me give you some background. She, along with her two older siblings are from Haydee’s second marriage. I had met the older two siblings once when I was 14, but I met Quetzal for the first time when I attended her wedding. To look at my brown siblings lips and see my lips; to touch Quetzal’s thick black hair and feel my hair; to see their dark brown eyes and see my dark brown eyes; to see their smiles and see my smile; to see their dimples and see my dimples; to kiss them; to dance with them – that was an awakening.
That awakening really got me thinking about my Guatemalan heritage and I started contemplating about how to express that heritage. The only way I could think of expressing it was in the way I dress.
At church I will sometimes wear one of my traditional guayaberas. Some church members have said jokingly, “Oh, you’re going casual today!” My gentle response, with a smile has been, “No. This is a traditional Latin American dress shirt.”
Last year I bought a flat-brimmed hat that has embroidered on the front in Old English calligraphy, “West Side.” It serves two functions:
I’ve worn this hat with a black and gray flannel with the top button closed (think 80’s cholo) when my wife, Cathy, and I have gone out on dates.
Then I had an incident at Target where I attempted to return an electronic item. At the time, I was dressed in a way that made me look very Latino. After an embarrassingly long wait, they refused to accept my return. My wife, who is white, went into Target two days later and returned the item quickly without any problem.
Then Donald Trump was elected and the need to express my Latinoness was put on fast forward.
Listen to how Trump conflates undocumented Latinos with terrorists. Look at how his immigration ban not only affected people trying to come to this country, but people already here with the legal documents. It’s a mess. I had to do something. I had to protest. I had to do something with my body.
So, I bought a purple hat that has written in Old English calligraphy, “Bad Hombre.” I was scared and invigorated at the same time. That was my protest. It’s in your face. I am one of Trump’s “bad hombres”. Some of you are his “nasty women” – you get it.
Also, Cathy hates my beard and especially the mustache, but loves my goatee. So I shaved the beard and grew a goatee. Unlike many white men who grow a bushy goatee, I keep mine thin; it looks more Latino. It takes a lot of work to keep it thin but the other day I realized how it changed the way my face looks. It makes me look more Latino-American. It is my Latino Kaepernic-afro if you will.

But then I wondered, is there a problem with my flat-brimmed hats? Was I propagating the stereotype that Latino men are gangbangers and thugs? I’ve thought hard about those questions. Then my friend Azul made me realize something. Those “gangbanger” and “thug” stereotypes have been placed on Latino men by white supremacy. It’s a way to discredit. By me wearing those hats, not only is it a way of expressing my Latinoness, it is my way of protesting that stereotype. I also own two shirts that say on the front, “I just look illegal.”  And I’m 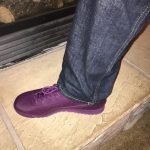 Of course a purple hat deserves to have purple sneakers. 😉

going to buy a purple shirt to go with my purple “Bad Hombre” hat that says “Relax Gringo, I’m legal.” The shirts have their problem as nobody is “an illegal”; to quote Maria Hinojosa, “illegals is not a noun”. Now I’m doing something with my body. I’m claiming and protesting. The idea of protesting with my body came to mind when Cathy told me how powerful it was for her to be in the Women’s March two weekends ago. She felt empowered when doing something with her body. I think perhaps this may also be one of the reasons why my daughters and I box. Boxing is a very popular sport among Latinos. But what else can I do?

My brother and I were ironically both named after Mexican teenagers, who our dad used to teach in high school religion classes in East San Jose, California. I was named after Miguel Montuey and Paul’s middle name is Edward, after Eduardo (sorry, I don’t remember Eduardo’s last name). But, our names were anglicized, even though we are half Guatemalan. So as a way to claim my Latinoness, last week I changed my first name on Facebook to Miguel. In two months (Facebook does not allow you to change your name for 60 days after you’ve changed it once) I will change my Facebook last name to the traditional Barker Valdez. Miguel Barker Valdez. I will start introducing myself on podcasts as Miguel Barker Valdez.
I am at the beginning of my Latino awakening. I’m not sure where it will lead, but I feel more alive in this moment.