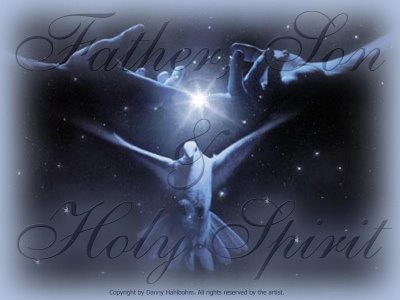 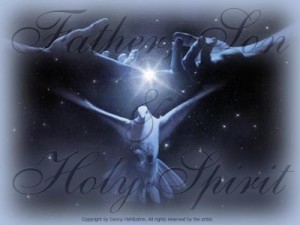 As a Mormon, I was always taught that the concept of the Trinity was an apostate concept, and that we had greater knowledge because we knew that the Godhead were three separate individuals. In doing some research, I’ve found that this has been taught from the pulpit. In the April 1995 session of General Conference, Dallin H. Oaks said “…many Christians reject the idea of a tangible, personal God and a Godhead of three separate beings. They believe that God is a spirit and that the Godhead is only one God. In our view, these concepts are evidence of the falling away we call the Great Apostasy.” (Apostasy and Restoration.) More recently, in October of 2007, Jeffrey R. Holland said that Tritarian theology was not scriptural and “not true.” (The Only True God and Jesus Christ Whom He Hath Sent) But what seems to be the most problematic part of the Trinity for some Mormon leaders is that it makes God incomprehensible. In Apostasy and Restoration, Oaks said “We agree with our critics on at least that point—that such a formulation for divinity is truly incomprehensible… How are we to trust, love, worship, to say nothing of strive to be like, One who is incomprehensible and unknowable?” Holland stated in the talk referenced above that in the creation of the Trinity “[God] ceased to exist as a comprehensible and compassionate being.” And in speaking of his conversion to Mormonism, Gary J. Coleman said in 2007 “The teachings about the Trinity that I learned in my youth were incomprehensible to me.” (Mom, Are We Christian?) In these talks it becomes clear that the idea of an incomprehensible God is undesirable to Mormons. For most of my life, I agreed with the Mormon interpretation of the Trinity, and their opinion that God should not be mysterious.

My opinion on  God being unknowable changed when I started She Who Is: the Mystery of God in Feminist Theological Discourse by Elizabeth A. Johnson. Johnson writes that the Trinity is supposed to be confusing, because God can’t be known. Echoing St. Augustine’s observation that “God is thought more than can be uttered, and exists more truly than can be thought,” she observes that in meditating on how God is at once three and one allows one to realize how incomprehensible God is. She believes that that is how God should be viewed. She is not alone in this belief; The Stanford Encyclopedia of Philosophy says this about the Trinity. “Often “mystery” is used in a merely honorific sense, meaning a great and important truth or thing relating to religion. In this vein it’s often said that the doctrine of the Trinity is a mystery to be adored, rather than a problem to be solved.” (Stanford Encyclopedia of Philosophy: Trinity First published Thu Jul 23, 2009 ) In thinking about a confusing concept, we realize how great God is. While Mormons seem to prefer a God they can know, other Christian faiths admire, at least theologically, the unknowable God.

Mormons seem to prefer an unknowable God. They rejoice in rejecting the confusing nature of the Trinity in favor of knowing the nature of the substance of God. They believe that it is possible to know the mind of God; claiming to know what God wants at every instance of human life. The concept of continuing revelation means that God has a clear opinion on every new situation. And with the prophet being referred to as God’s mouthpiece we claim to know what God thinks on any given subject, from earrings to sex to money. Even the scriptures like “my ways are not your ways” (Doctrine and Covenants 122:9 and Isaiah 55:8-9) are often used more to explain that we shouldn’t ask why God thinks or does something rather than used to explain that we don’t know what God thinks in the first place. (As a feminist I’ve experienced this first hand. God only wants men to hold the priesthood and we don’t know why. But it is not questioned that we know that God wants men to hold the priesthood.) We know exactly what God thinks about everything, because our leaders tell us.

What is gained by this concept of a knowable god? Confidence, a path to follow, a strong draw to those looking for answers. God becomes more accessible, and we feel like we know every step of the way what God wants us to do. There is comfort in believing that we know exactly what God wants.

What do we lose when we believe we understand God? God becomes less godlike when we define divinity; God becomes more human, more of a reflection of our own opinions and prejudices. When we are convinced that we know exactly what is right and wrong and precisely how God feels about everything, it is very easy to take our own biases and apply them to God. We turn God into a reflection of ourselves instead of becoming a reflection of God. We become so confident in what we know that we don’t leave room for questions, for change for the better. Instead of seeking answers, we become convinced that we have all the answers already.

I believe that Mormons would benefit from meditating on instead of defining God. As we ponder what we really do and do not know about the divine, we will find questions we hadn’t thought to ask. We will become more compassionate when we realize we don’t know everything. God can go back to being God.

Liz is a drama teacher and theatre director. She has a degree in theatre arts from Brigham Young University. She's also a rabid feminist, and blogs with Exponent II. In her free time, she loves to read fantasy novels and feminist theory, collect jewelry and watch movies with her husband.

All posts by Liz Oppelt