One day while driving from Provo to Salt Lake City, I noticed a billboard for City Creek, the new church-owned mall. The billboard featured an attractive model dressed very nicely in a button-up shirt and jacket with the City Creek mall in the background. Once I passed the point of the mountain and had Utah County in the rear view mirror, I noticed another billboard sign; however, this one was much different.  It showed a couple drinking wine. And the woman was dressed in a sleeveless top with a deep V-neck. I thought to myself, well, it looks like the church-owned mall knows it’s market! This would never fly in Utah County! Well played City Creek, well played indeed. 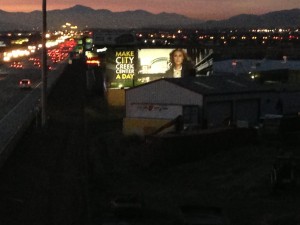 This one is located near American Fork. 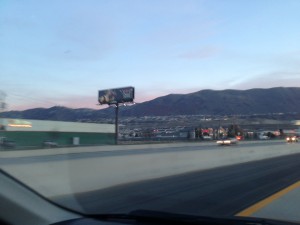 City Creek billboard in Salt Lake County – crappy picture but you can still see those bare shoulders!! Hide the children!!

This one is basically the same thing as my picture, just better quality.