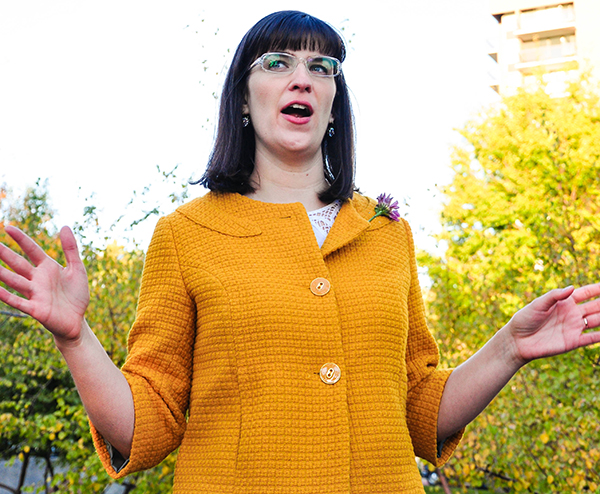 As I look back on the Mormon roller coaster that was 2014, I think of my family and my transition out of church activity. It was a tough year for me theologically and personally. 2014 was a year of real ups and downs but, one milestone sticks out clearly: this year gave us a new kind of heroine- Kate Kelly. Though I do not agree with every tactical decision of the Ordain Women I do appreciate what the movement has given us. A new model for change. A way to invest in the Church without letting it dictate for us the future.

Ordain Women has taught us an important lesson. Just because everything hasn’t changed doesn’t mean nothing has changed. Orthodoxy and radicalism can be intertwined and no group of white men can tidily untangle the mix.

The leader of the Ordain Women movement, Kate Kelly, was burned at the proverbial stake by Church leaders, and has since been vilified by multitudes of orthodox and heterodox Mormons. Disappointingly some of those scurrilous attacks occurred right here on this very blog. But, she has since arisen like a phoenix out of the ashes with a newfound grace and tenacity that I hope inspires my girls and young women like them.

Did Mormon women get the Priesthood? No. But, to see that as a failure of the movement is myopic. I do not think Mormonism will ever be the same.