Joseph Smith has Risen from the Grave 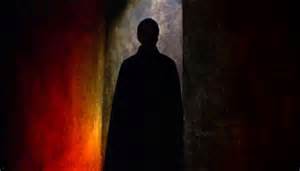 It isn’t every day a dead man speaks to you.  Much less reads your mind.

So when it does happen, I guess it is worth writing about.

The person he talked to is my wife, Dee.

Here is how it all came about.

Of Salads and Spirit Babies

It is a Sunday afternoon. Dee and I are in the kitchen. She is making a large salad for us to share.

The subject of plural marriage had come up earlier that day. Specifically the fact that the LDS Church has backed off its position that plural marriage must be practiced in heaven.

This is a good news/bad news thing.

The good news is that wives won’t have to share their husbands with other women for eternity.

The bad news is that a single wife will have to put in a lot of overtime bearing and birthing the billions of spirit babies for the worlds her husband will create.

Hard as it is to believe, this idea is less popular among women than among men.

Dee is one of those women who isn’t keen on it.

Now back to the kitchen confab.  Dee is slicing carrots.

“You know,” I venture, “The doctrine of women literally begetting spirit babies in 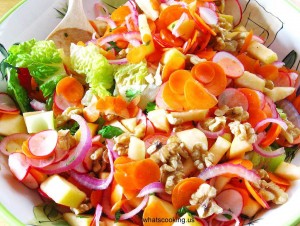 “Really?” Dee quizzes. “Do you know where it came from?”

“It was a later addition to the doctrine.”

“Did Joseph Smith say anything about it?”

“It’s funny,” I admit, “But the last time he ever addressed the subject was in the King Follett Discourse shortly before he died.”

“Well, I can tell you he didn’t mention anything about women giving birth to spirit babies,” I reply. “Instead, he taught that spirits have simply always existed. They were never created.”

“Wait a second,” Dee rejoins, peeling a zucchini.   “You mean intelligences. Intelligences were never created. Spirits were created when they were begotten by heavenly parents.”

“Not exactly,” I say. “Certainly that is the doctrine you and I grew up with, and what is taught today. But that doctrine is actually an attempt to fuse together two different doctrines.”

I explain, “The first doctrine is the one I just mentioned Joseph Smith taught—that our spirits have always existed. They have no beginning and no end.”

“And the second doctrine?”

“That’s the one taught in the 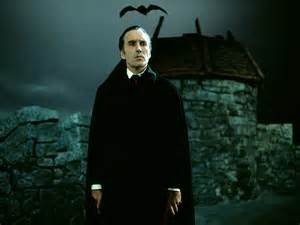 LDS Church today—the idea that our spirits are literally begotten in the premortal existence.”

“What do you mean these two ideas got fused together?”

“Joseph Smith taught our spirits are eternal. After his death, church leaders taught that spirits have a beginning when they are begotten by heavenly parents.”

“So somebody later fused these two ideas together?” she asks, dicing onions.

“How did he fuse them together?” 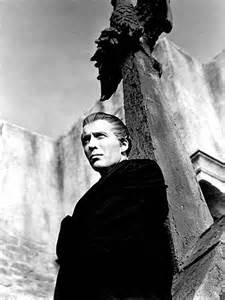 They were the same thing to him.  He also sometimes referred to it as the ‘mind’ of man.”

“Isn’t there something about that in the Book of Abraham?”  Dee muses.  “You take over here.  I’m going to get my scriptures.”

Dee vanishes from the kitchen and returns shortly with her triple combination.  She opens to Abraham and searches.

“Nothing about a spirit birth there,” Dee concludes.  “It would be hard for a spirit to be born into existence when Abraham says the spirits ‘have no beginning.’  Now, what were you saying about B. H. Roberts?”

“I don’t like it when a scholar comes along and changes words to fit an agenda.”  My wife begins washing the ripe red tomatoes.

“B. H. Roberts was fusing Joseph Smith’s teachings with those of subsequent leaders.”

“By making the intelligence something that had always existed, B. H. Roberts incorporated Joseph Smith’s idea of the eternal nature of man. 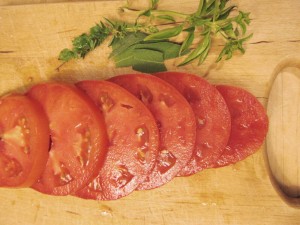 By making the spirit something that had not always existed, B. H. Roberts incorporated the later church teaching that the spirits of humankind were literally begotten by our heavenly parents.”

“It is a time-honored theological pastime.”

“Sort of. But I mean harmonizing conflicting doctrines into a new and streamlined version. That way we don’t have to pick whether Joseph Smith is right or whether subsequent church leaders are right. They can both be right together.”

“Or both wrong together.”

“That is a down-side, admittedly.”

“But didn’t Joseph Smith also teach about marriage in heaven? And doesn’t that mean having spirit babies and everything?”  My wife is washing the crispy lettuce.

“There’s a couple of funny things about that.” 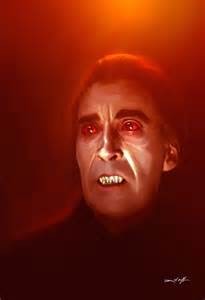 babies who are made of spirit.”

“I always thought that was kind of odd.”

“Joseph Smith gave the revelation on plural marriage in 1843, but a year later in 1844 right before he dies, he says spirits are eternal. You would think if D&C 132 meant celestial beings have spirit babies, he would have mentioned something about it.  But he doesn’t.  Not then or one year later in the King Follett Discourse.”

“And the Book of Abraham was published in the Times and Seasons in 1842,” Dee observes.  “So in 1842, Abraham 3:18 says spirits have no beginning; in 1843 Joseph Smith gives the revelation on plural marriage in D&C 132 that says nothing about celestial marriages producing spirit babies, and in 1844 Joseph Smith again says that spirits are eternal?”

“That about sums it up,” I answer.

“And Joseph Smith’s 1844 statement is in the King Follett Discourse?”

I leave the kitchen to rummage in another room. I find my dog-eared paperback edition of The Teachings of the Prophet Joseph Smith.  I open it up and find the right place. Pages 354-55.  It is underlined. I bring it back to the kitchen.

I begin to read.

I want to reason more on the spirit of man; for I am dwelling on the body and spirit of man–on the subject of the dead. I take my ring from my finger and liken it unto the mind of man–the immortal part, because it has no beginning. Suppose you cut it in two; then it has a beginning and an end; but join it again, and it continues one eternal round. So with the spirit of man. As the Lord liveth, if it had a beginning, it will have an end. All the fools and learned and wise men from the beginning of creation, who say that the spirit of man had a beginning, prove that it must have an end; and if that doctrine is true, then the doctrine of annihilation would be true. But if I am right, I might with boldness proclaim from the house-tops that God never had the power to create the spirit of man at all. God himself could not create himself.

“That is powerful,” Dee says, spinning the lettuce to dry it and flecking small drops of water on the pages of my open book.  “So Joseph Smith’s last word on the subject was that our spirits were not created?”

“That’s right.” I brush at the water drops and read the next sentence.

Intelligence is eternal and exists upon a self-existent principle. It is a spirit from age to age, and there is no creation about it.

“Interesting,” she says.  “And I can see right there what you mean about Joseph Smith using the words ‘intelligence’ and ‘spirit’ interchangeably.”  Dee looks over my shoulder.  “What are all those footnotes about?”

The Devil is in the Footnotes

There are indeed a lot of lengthy footnotes here, some taking up half the page. 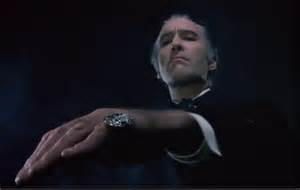 I flip the pages to show Dee there are virtually no footnotes anywhere else in the book, but they come fast and furious in the King Follett Discourse.

I answer, “The purpose of all these footnotes is to make sure the reader doesn’t think Joseph Smith actually meant what he said.”

It appears to be very clear that the Prophet had in mind the intelligence, when he said “the soul–the mind of man–the immortal spirit,” was not created or made, and he did not have reference to the spirit as a begotten child of God.  It was the doctrine of the Prophet, and is of the Church, that the spirits of men are begotten sons and daughters of God.

“So according to the footnote, Joseph meant intelligence when he said spirit?” Dee asks.

All Roads Lead to Rome

“Because in Mormonism, all doctrinal roads must 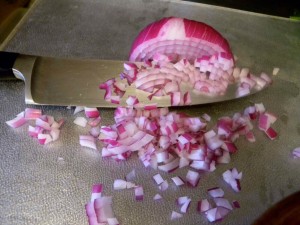 lead to Joseph Smith, whether it is true or not.  The same sort of thing was done in the 1969 First Presidency Statement on the priesthood ban.”

“Even though Joseph Smith never taught the priesthood ban, and actually approved the ordaining of black men to the priesthood, the 1969 First Presidency Statement says:

From the beginning of this dispensation, Joseph Smith and all succeeding presidents of the Church have taught that Negroes, while spirit children of a common Father, and the progeny of our earthly parents Adam and Eve, were not yet to receive the priesthood, for reasons which we believe are known to God, but which He has not made fully known to man.

“Exactly,” I say.  “The Church felt compelled to say he did to give their later position greater weight.”

“Just like the claim in the footnote that Joseph Smith taught spirits were begotten of God?”

Joseph Speaks from the Grave

“But if God isn’t our literal Father in Heaven,” Dee asks, “What is the relationship between God and these eternally existing spirits?”  She takes the lettuce out of the spinner and starts shredding it. 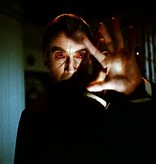 The first principles of man are self-existent with God. God himself, finding he was in the midst of spirits and glory, because he was more intelligent, saw proper to institute laws whereby the rest could have a privilege to advance like himself.

Dee stops what she is doing. She looks up. “I like that,” she says. “That really speaks to me.”

I smile, because I know what comes next.

I continue to read:

As I read this 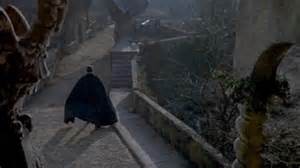 last part, my wife’s eyes start getting big.  It’s like Joseph Smith somehow knew the impact his words would have on her.

“How does it feel to have a dead man talk to you?” I ask.

And that is the story of how a dead man talked to my wife. And not only talked to her, but read her mind and predicted the impact his words would have on her heart.

What would you call a person who can do something like that 171-years after he is dead and buried? 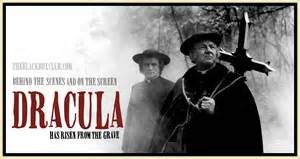 The Cross of Correlation Cannot Keep Joseph Forever at Bay