Joseph: The Keystone of Canonizable Revelation 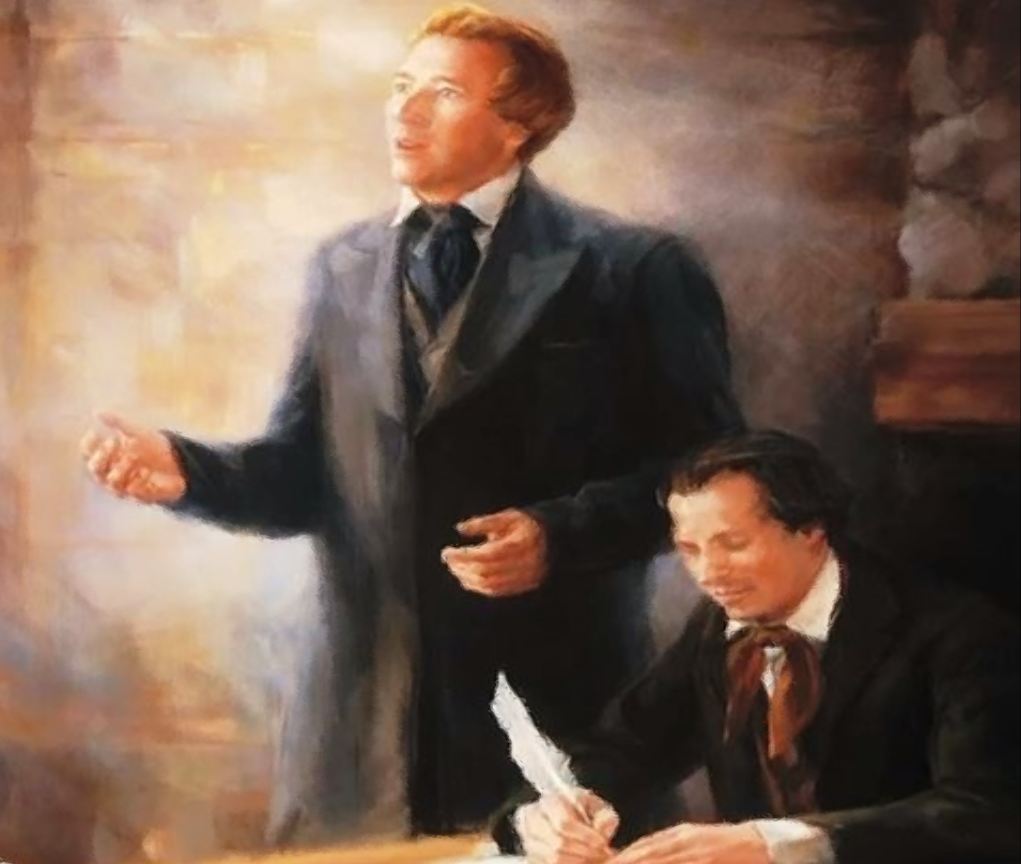 Perhaps the drought of canonized revelations since Joseph Smith is not a result of a wayward church, the membership not respecting the current revelations, or God not having more to reveal, but simply that we are missing Joseph. Joseph Smith, from what I can tell, was an anomaly. His unique personality, character, and logic allowed him to speak in the voice of God with confidence and authority. Joseph was and is different from every other President of the Church that has succeeded him. And I propose that Joseph, himself, may be the key to why we have seen the screeching halt to the expansion of our scriptural canon. 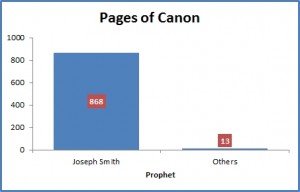 A Difference of Process

In order to support my hypothesis the process of revelation must be clarified.

Common understanding of revelation THROUGH Joseph:

In my mind Joseph’s creation of canonizable revelation may have been something like this:

Blake Ostler is known for his books on Mormon Theology. In a book review for FARMS, he outlines how the inspiration of scripture is experienced by prophets calling it “human coparticipation with God.”

…the inspiration of scripture is not experienced by the prophet/writer free of human interpretation, cultural biases, and conceptual limitations. In Latter-day Saint scripture, revelation is experienced from within a divine-human relationship that respects the personhood and free agency of the prophet/writer. The human cognitive categories that the prophet/writer uses to organize reality and make sense of his experience are not obliterated by the revelation, and thus the revelation expresses both God’s inspiration and the prophet’s personality and limited understanding. The ultimate reality in Mormon thought is not an omnipotent God who causally determines passive and powerless prophets to regurgitate his words as dictated. God acts on the prophet/writer and imparts his will and message, but receiving the message and expressing it are, at least partly, up to the individual, who is also free to act for himself. In this view, scriptural inspiration is not an intrusion of the supernatural into the natural order. It is human coparticipation with God in creating the scripture.

Takeaway: Prophets work with God in the creation of scripture.

In Rough Stone Rolling, when discussing the editing of the Book of Commandments, Bushman explains Joseph’s relationship with the words of scripture calling them “both his [Joseph’s] and God’s.”

The editing process uncovered Joseph’s anomalous assumptions about the nature of revealed words. He never considered the wording infallible. God’s language stood in an indefinite relationship to the human language coming through the Prophet. The revealed preface to the Book of Commandments specified the language of the revelations was Joseph Smith’s: “These commandments are of me, and were given unto my servants in their weakness, after the manner of their language, that they might come to understanding.” The revelations were not God’s diction, dialect, or native language. They were couched in the language suitable to Joseph’s time. The idioms, the grammar, even the tone had to be comprehensible to 1830s Americans. Recognizing the pliability of the revealed words, Joseph freely edited the revelation “by the Holy Spirit,” making emendations with each new edition. He thought of his revelations as imprinted on his mind, not graven in stone. With each edition, he patched pieces together and altered the wording to clarify meaning. The words were both his and God’s.

Takeaway: Revelations are of God, but influenced by the prophet’s ability to communicate through language.

Steven Pinker, explains the relationship of the mind to language: “We have all had the experience of uttering or writing a sentence, then stopping and realizing that it wasn’t exactly what we meant to say. To have that feeling, there has to be a ‘what we meant to say’ that is different from what we said” Pinker coined the term mentalese to describe the process:

“Mentalese [is] the language of thought in which our conceptual knowledge is couched. When you put down a book, you forget almost everything about the wording and typeface of the sentences and where they sat on the page. What you take away is their content or gist. (In memory tests, people confidently “recognize” sentences they never saw if they are paraphrases of the sentences they did see.) Mentalese is the medium in which content or gist is captured….Mentalese is also the mind’s lingua franca, the traffic of information among mental modules that allows us to describe what we see, imagine what is described to us, carry out instructions, and so on.”

I hypothesize that mentalese, or the prelanguage of the brain, holds the answer to how Joseph Smith translated the Book of Mormon. According to this hypotheses, divine intervention implanted the plate text in Joseph’s brain in the brain’s native prelanguage.

Takeaway: Joseph seemed to be verbalizing metalese, or the prelanguage of the brain.

I believe that the Presidents of the church since Joseph have probably not had the same attributes as Joseph and have struggled, or simply not attempted, to create canonizable revelations as Joseph was so consistently able to do. It takes something special to say “this is what God is saying.” If you want a powerful speech on why Joseph Smith was a prophet in every sense of the word look no further than Profile of a Prophet by Hugh B. Brown. Those special attributes that Joseph possessed are rare and probably not likely to be seen in subsequent prophets and apostles.

Here is a brief list of some attributes and my assessment of the strength of Joseph and subsequent prophets and apostles.

One way to describe Joseph would be to call him a maverick. He truly was “an independent individual who does not go along with a group or party” as Merriam-Webster defined the term. He cut his own path and was not beholden to any prior modern prophet. Can you imagine someone like Joseph rising through the ranks of LDS leadership today? I want to say yes, but I am inclined to say no. Attributes such as conservatism, dedication, sacrifice, adherence to policies etc. are what qualify you for a position in the Church today. Today we have great maintainers, but potentially weak expanders.

Joseph, was in a sense, truly born to be a prophet. He had or gained all the attributes needed to speak the words of God. That voice resonated with his followers to the point of making his words canonized and Mormonism legitimized. I believe that it unlikely we will see a modern-day prophet that will add to the scriptural canon as Joseph did.

I understand that there are other influences or concepts not covered in the post that would hamper the reception of new revelations as canon today. Some potential examples are size of the church, increase in policies and regulations, culture, etc. Just too much to cover.