Jobology 101: Prose and Poetry in the King James Bible 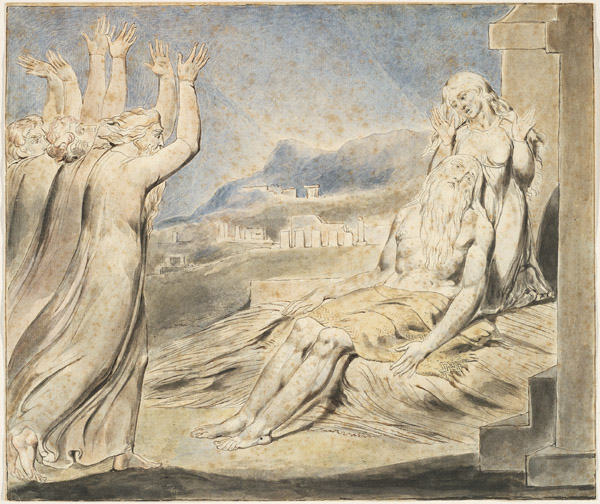 For the last eighteen months or so, I have been a semi-professional Jobologist. In researching for my book, Re-reading Job: Understanding the Ancient World’s Greatest Poem, I read the Book of Job many times in a dozen or so different translations. I also read a good-sized shelf full of commentary and derivative Jobanalia. And I am fully aware that I have only scratched the surface of this great work.

I have been asked several times during speaking engagements what I would consider the single most important thing that I learned while writing the book. And actually, this isn’t even a hard question, as I learned one thing that has completely transformed the way that I understand the Bible. Here it is: biblical texts often change between different registers, styles, and genres in ways that the readers are supposed to notice. This realization, for me at least, has been huge.

Job is perhaps the most famous example of this phenomenon. The first two chapters and the last half of the last chapter are written in simple, straightforward prose paragraphs that tell a happy and uplifting story. Here is an example from Job 2:8-10, taken (for reasons that I hope will become clear) from the Jewish Publication Society’s Tanakh translation of the Bible:

He took a potsherd to scratch himself as he sat in ashes. His wife said to him, “You still keep your integrity! Blaspheme God and die!” But he said to her, “You talk as any shameless woman might talk! Should we accept only good from God and not accept evil?” For all that, Job said nothing sinful.

This is the story of Job that most people know. The inspiring, not-terribly-complicated story of a righteous man who holds fast to his faith in the face of adversity and is ultimately rewarded for his patience. But this version of Job disappears in Chapter 3 and does not resurface again until the very end of the book.

Just a few lines after he rebukes his wife for questioning God’s justice, Job himself questions God’s justice, over and over again, in some of the most beautiful, complex poetry that we find anywhere in the Bible. The third chapter opens like this:

Perish the day on which I was born,
And the night it was announced,
“A male has been conceived!”
May that day be darkness;
May God above have no concern for it;
May light not shine on it;
May darkness and deep gloom reclaim it;
May a pall lie over it;
May what blackens the day terrify it. (3:3-5)

Almost everything about the text changes at this point. The language shifts from simple prose to complex poetry. The register changes from that of a child’s tale to that of a great epic. And the mood changes from happy resignation to angry denunciation. It’s like they aren’t even part of the same text.

And, as it turns out, they aren’t. Not really. The first and last bits of Job are part of an old folktale that circulated throughout the Ancient Near East for centuries before a Jewish poet—perhaps the greatest who has ever lived—took it and used it as the basis for a magnificent poem that interrogates the way that God interacts with His creations. The poem relates to the frame tale ironically, using its overall narrative arc while subverting its simplistic message. Creating striking distinctions between the two works is one of the ways that the poet makes this point. But it only works if we notice the difference.

This sort of thing happens quite a bit in the Hebrew Bible. Most of the Book of Jonah, for example, is a prose tale, but the Second Chapter is a poem that Jonah composes from the belly of the whale. Portions of Exodus and the last few chapters of Deuteronomy consist of songs that the Children of Israel sang during the times described by the largely historical prose narratives of these books. Jeremiah moves back and forth between prose and poetry in ways that matter.

Shifts in register, tone, and genre are always important. If you are reading a realistic novel about a dysfunctional modern family, and the third chapter consists entirely of limericks, you need to ask why. Unfortunately, though, the official LDS scriptures make this almost impossible for members of the Church who want to go deeper into the biblical texts. Alone among generally available translations, the King James Version of the Bible—the only version approved for use by English-speaking Latter-day Saints—does not draw any distinctions between prose and poetry or between any other matters of diction, register, and style.

This was the design of the KJV translators. They printed every word of the Bible as prose, without poetic line breaks, and they elevated the diction of every verse to the exquisite poetry that remains their greatest accomplishment. It is a poetic masterpiece. It influenced English language and literature more than any other text ever produced. It has also formed my own understanding of the Bible and of biblical texts for most of my life. And I still find every word and sentence of it to be beautiful and poetic.

But the Bible’s original writers did not intend for every word and sentence to be beautiful and poetic. This is the great irony of the KJV. When everything reads like a great poem, then we miss those portions of the text that are supposed to be read like great poems. And we miss the transitions and contrasts that so many of the Bible’s original writers worked so hard to create.

All posts by MIchael Austin