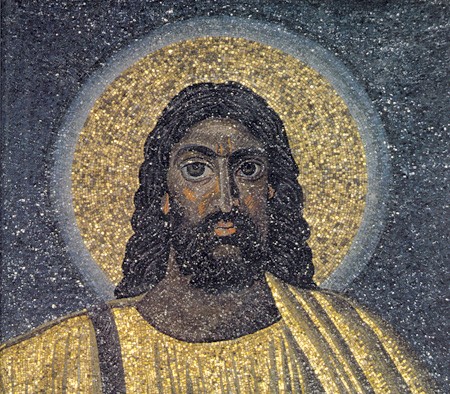 When Jesus was born, he of course was offered 3 gifts by the wise men: frankincense, gold and myrrh; each of these representing an aspect of his life and mission. However it is the offering of and symbolism found in myrrh that is of significance in this particular essay. Myrrh was brought to Jesus three times in the narrative about his life: once at his birth, once upon the cross (Mark 15:23) and once upon his death (John 19:39). Myrrh, historically used in the embalming process, is symbolic of the humanity of Jesus; a reminder that while he is perfect in origin, his body, before the resurrection and ascension, was not.

So who was Jesus? Not in the sense of the present, Christian theological body of text, but rather, Jesus, the man. The Synoptic Gospels leave nothing to question in regards to the very human experiences, interactions and relationships Jesus had with others. Rejection, anger, temptation, sin and a very public and painful death. Love, devotion and compassion. The road Jesus walked between Judea and Galilee was not an easy one. Not unlike the road we walk along as we go through our own ministry, building relationships with the divine, upward and inward. Though there are many stories that highlight the interplay between his humanity and his divinity, this is best exemplified for me, in the temptation story found in Luke. Jesus, newly baptized, went into the wilderness and once there, he experiences hunger. The passage alludes to the word of the Creator but in a straightforward observation of the text, Jesus was literally starving. What physiological responses do we often associate with hunger?

Whatever particular response Jesus may have been experiencing in that one moment, the overarching narrative that the passage implies is that Jesus is facing a weakness of the body. In this time of weakness, Jesus is presented all the temptations specifically focused in areas that needed to be sustained. Influence, autonomy. The devil, whether one chooses to believe it was the external personage of Satan or an inward dialogue, played into the feelings of pride and superficial satisfaction that none of us are immune from.

The passage ends with

After finishing every temptation, the devil departed from him until the next opportunity.

This ending differs slightly from the story found in Matthew, in which it is stated that Jesus is attended to by angels after his time spent in the wilderness. In references to “we”, the passages found in Gospel of Luke often allude to an universal savior, one who speaks to us and is with us. It is in this that the author of Luke is referring to the fact that temptation is an unavoidable aspect of the mortal life. Though Jesus never again faces the same sort of temptation he encounters in this dialogue with the devil, it’s made clear that he himself was never free from it. A difficult but important lesson to acknowledge as we go through life, that no one is above falling into the traps of false sense of influence or we are somehow above the Creator. In that, although I can’t aspire to the divinity of The Christ, I can seek out the humanity found in Jesus. I can’t raise people from the dead, but I can attend to those who mourn. I can’t walk on water, but I can have the faith to reach out to him and to others. And I find comfort in that.