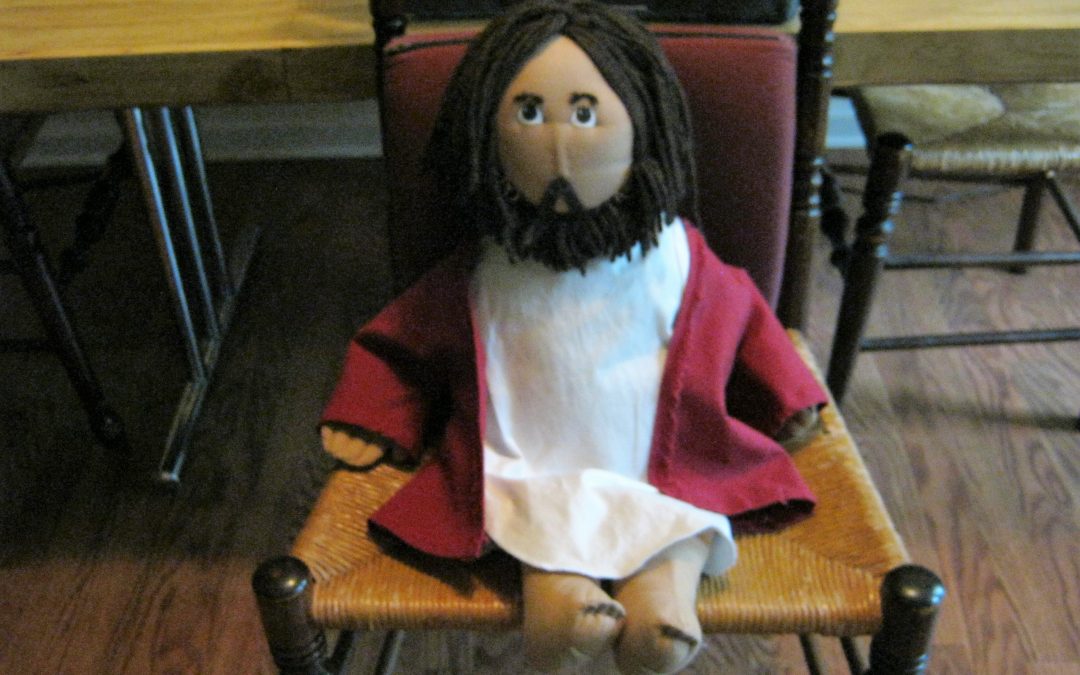 Recently in my doctoral work, I have been studying what Mormons consider part of the Great Apostasy- the first four ecumenical councils- which include the Council of Nicaea (325CE), the Council of Constantinople (381CE), the Council of Ephesus (431 CE), and the Council of Chalcedon (451CE). One question that comes up in these councils, although dealt with gradually, is the divinity of Jesus. Needless to say, the DaVinci Code version of “he was human one day and divine the next” is far too simplistic of an explanation, and yes, somewhat misleading.

I would like to argue to the contrary – that Jesus started out divine— or at least semi-divine – and his humanity has taken center stage in modern times, especially in the realm of liberal theological discourse. Recently I asked the missionaries how Jesus’ divinity should be properly understood by a Mormon (and therefore by the pre-Nicene church), and the answer I got was shocking– Jesus was a demigod.  Now, this answer made perfect sense to me as a student of theology, especially considering the historical context of the Roman Empire following the Hellenistic period. Honestly, I wish I had gotten that answer a long time ago. It would have made my studies—and my faith— much less complicated had I gotten a straight answer before, instead of having to sift through all the excess theory behind it. Fully god; fully man?

The first ecumenical council, the Council of Nicaea (325 CE) was called by the Emperor Constantine, which was a controversial move in its own right, but for our purposes, we will not delve into the particulars. The council was called in reaction to a Bishop by the name of Arius who raised the question of Jesus’ divine status. Arius was the Bishop of Alexandria, and some of the theological speculations raised by this school of thought were considered suspect by the church in Antioch because of its heavy reliance on Platonism, but here the claims of Arius were outlandish and unprecedented – and went entirely in the opposite direction.  What was Arius’ claim? “There was a time when the Son of God was not.” This implied that Jesus Christ was a created being and therefore not divine in his very essence. The Council of Nicaea responded with the assertion that Jesus Christ was consubstantial – of the same substance – with the Father, while at the same time retaining a separate personhood.

Mormons will be disappointed to learn that the Trinity would be treated as a mere afterthought at the Council of Nicaea. The Nicene Creed simply affirms a belief in the Holy Spirit, but does not delve into particulars concerning the Trinity. It would not be until the Council of Constantinople (381 CE) that the Holy Spirit would be declared “consubstantial” with the Father and Son, while at the same time retaining its (neutral pronoun) own personhood. This was due largely to the influence of the Cappadocian Fathers who dared to speculate on the nature of the Holy Spirit. Later on, the Council of Ephesus (431) would declare Mary Theotokos, or the ‘Mother of God,’ but this would have more to with Jesus’ divinity than with her. This was all in reaction to Nestorius’ claim that the divine and human natures in Jesus were completely separate from one another, while both being present within him. The Council of Chalcedon (451 CE) would reaffirm the declarations of Nicaea and Constantinople, declaring Jesus simultaneously fully god and fully man.

So why, I have to ask, could the Church Fathers not just admit to themselves that the demigod answer was the correct one? Certainly this would make sense in a culture influenced by Greek Hellenism. In the ancient Greek mythos, a virgin birth was nothing out of the ordinary. Yet, there was a fear among the Patristic writers that the non-Christian world might perceive them as ‘pagan’ and therefore reject their message. It took four ecumenical councils to affirm that Jesus was simultaneously divine and human! Is that not the same as admitting that Jesus is a demigod? Let’s be honest with ourselves.

As a convert to Mormonism reading through early Christian history, I was naturally confused. What am I supposed to believe concerning Jesus’ true nature? Was he divine? Was he human? Or some healthy combination of both? How did those two natures express themselves? Were they intertwined? Some of these questions still remain unanswered in my mind, but at least I can take comfort in the most obvious “demigod” answer.

It has been argued that if Mormon missionaries went around claiming Jesus as a demigod, it would do nothing for new converts, especially in a time in which people want to see a human Christ – like the one the DaVinci Code portrays.  But to go on believing that Jesus is fully human never worked for me either— sure I tried liberal theology (a low Christology) for a while, but I always had to come back to that question of his relationship with the Father (and later Heavenly Mother) and how Jesus could execute the plan of redemption if he were not divine in his very essence. Either way, he would have to be the perfect human being to effect what the rest of us could not in the Atonement. So in the end, what is wrong with saying he is a demigod if he as the Son of Heavenly Parents took on human flesh through the Virgin Mary?

I don’t know about you, but for me, hearing that answer from the missionaries put some questions I’ve been asking my whole life to rest.

So is anyone ready to work on the thea-logy of Mary Magdalene, demigoddess? I know I am! I can hardly wait!

By the way, please do not blame the missionaries for my bad theology! I’m just a convert of seven years. What do I know?

For an in-depth study of the Ecumenical Councils, please see the following website: http://www.newadvent.org/library/almanac_14388a.htm