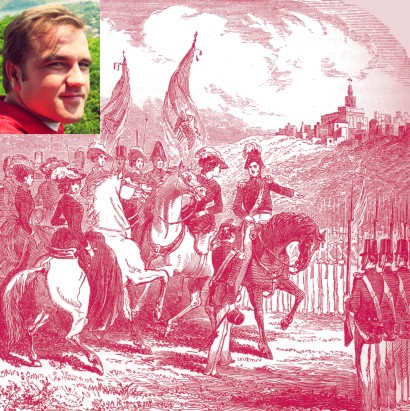 Recently Jeremy T. Runnells has rebooted his 2013 “Letter to a CES Director: Why I Lost My Testimony,” by posting a response, “Debunking FAIR’s Debunking,” on his website. The section on polygamy comprises over 15,000 words (approximately 70 pages double-spaced) and attempts to shore up his previous allegations against the Prophet while rebutting the responses made by critics of his original accusations.

Of course Runnells is entitled to his own views, but when individuals attempt to expound and defend a specific historical interpretation before the public, it seems it would be wise to familiarize themselves with the latest research on the topic. Otherwise, they may perpetuate incomplete or deceptive arguments. Such persons should probably expect that their historical reconstruction will be critiqued by scholars who have also studied the same subject. It appears that Runnells’ accounts and criticisms of Joseph Smith’s polygamy reflect important weaknesses. But even more unfortunate is the apparent fact that Runnells is himself unaware of those weaknesses.

Runnells seems concerned that Joseph Smith was sealed to “at least 34 women.” It is actually 35 by my count.1 While it is a large number, it is important to note that at least 13, and possibly as many as 20, were non-sexual “eternity only” sealings. As Joseph Smith taught, every woman needs to be sealed to an eternal husband to be eligible for exaltation. Lucy Walker remembered the Prophet’s emphasis: “A woman would have her choice, this was a privilege that could not be denied her.”2 None of the women left any complaints regarding their sealings to Joseph. Yet, Runnells seems bothered by this observation.3

Runnells writes that Joseph “married at least 11 women who were married to other living men.” In fact, I count 14 (Sylvia Sessions, Sarah Ann Whitney, Ruth Vose, Mary Elizabeth Rollins, Sarah Kingsley, Presendia Lathrop Huntington, Esther Dutcher, Zina Diantha Huntington, Patty Bartlett, Marinda Nancy Johnson, Elivira Annie Cowles, Elizabeth Davis, Lucinda Pendleton, and Mary Heron). Like many authors before him, Runnells implies sexual polyandry occurred; that is, that the wives were experiencing sexual relations with both their legal husbands and Joseph Smith. Yet, Runnells presents no credible documentation to support his interpretation, and he does not address evidences that contradict it. Joseph taught sexual polyandry was adultery and that a woman could never have two genuine husbands (D&C 22:1, 132:4). Runnells may benefit from visiting http://josephsmithspolygamy.org/faq/sexual-polyandry/ and studying the information available regarding these marriages. He may not be convinced that sexual polyandry did not occur, but at least he would have access to the latest research and accurate documentation.

Joseph Smith gave four reasons for plural marriage in D&C 132. The most important is that it allows all worthy women to be sealed to a husband and to become a candidate for exaltation (D&C 132:16-17, 63). Sexuality is not needed. It appears Runnells is unaware of Joseph Smith’s teachings dealing with plural marriage.

Regarding the 14 women, research indicates that 11 were non-sexual “eternity only” sealings. Two of the remaining three were to women who were physically separated from their husbands and had the equivalence of a Church divorce. The last case (Mary Heron) is too poorly documented to discuss any further. For biographies of these women, see http://josephsmithspolygamy.org/history-2/plural-wives-overview/ .

Runnells seems to worry that two of Joseph’s plural wives were 14 years old when they were sealed to Joseph. One wife (Nancy Maria Winchester) we know nothing about, so to discuss her situation in any way, positive or negative, requires speculation. The second woman, Helen Mar Kimball, was offered to Joseph as a plural wife by her father Heber C. Kimball. I agree this seems strange and possibly unfair to Helen. Regardless, there is no evidence the Prophet initiated the process and Helen remained a strong believer in Joseph Smith throughout her life. Importantly, there is strong evidence the sealing was never consummated and no supportive evidence that it was. Joseph was also sealed to a 16 year old (Flora Ann Woodworth) in a plural marriage that probably was not consummated. The pattern in Utah was to allow sealings to younger women, but not to live with the woman until she was 18. I believe this policy began with the Prophet, but there is no way to prove it.

Runnells’ treatment of Joseph Smith and plural marriage reveals many weaknesses. It appears he spent a great deal of time reading secondary sources written by anti-Mormons and unbelievers and then compiled those claims, often citing their primary documents as his own without actually taking the time to verify the quotations. This practice can introduce several problems like repeating inaccuracies, misrepresenting primary documents, and drawing extreme conclusions from limited information. His lack of footnotes further undermines any notion that his work can be considered scholarly, except by individuals who already agree with his position.

One example of the weaknesses that are repeated over and over in his essay is illustrated when Runnells allegedly quotes Lorenzo Snow’s 1892 Temple Lot deposition. According to Runnells, Snow gave this testimony:

It is obvious Runnells never viewed the actual 1892 Temple Lot deposition transcripts. Curiously, the last sentence in the paragraph above, the one that he emphasized with bold and italics, is incorrectly cited. Importantly, the words “and under the laws of the state too” are fabrication.4 They are not in the original transcript; that is, Lorenzo Snow did not say them so far as any record is concerned. Notwithstanding, Runnells confidently asserts: “According to Lorenzo Snow, Joseph had zero business marrying his plural wives before 1843.” If Runnells had actually consulted the depositions, which are available at the Church History Library, he would have learned that later in that same deposition, RLDS attorney Kelley questioned Snow who directly disagreed with Runnells’ conclusion:

Q. Could he [Joseph Smith] receive a revelation and act upon it, that was contrary in its teachings and provisions to the laws of the church to govern the church, without a violation of those laws?

This sort of problematic research and writing is common throughout the remainder of Runnells’ treatment of Joseph Smith’s plural marriages raising important questions regarding the accuracy and credibility of his conclusions.

Rather than provide a point-by-point rebuttal to Runnells’ claims, it might be most beneficial to refer him and other readers to JosephSmithsPolygamy.ORG where he can find the latest research dealing with all controversial topics regarding Joseph Smith’s Polygamy including supposed polyandry, young wives, Fanny Alger, sexuality, polygamy denials, Joseph’s interactions with Emma Smith, and other historical and theological considerations.

Prior to being asked to write this response, I emailed Jeremy Runnells:

It is apparent that you excuse my research and writings as just apologetic “interpretations.” I don’t blame you. You have probably read a lot of writers who tell the story differently than I do (like Fawn Brodie, Richard Van Wagoner, George D. Smith etc.) and you believe them, not me. I’m the guy who is “interpreting” and they are the authors telling the “truth.”

Let me offer a couple of observations. First, in my books I include every known reference from anti-Mormon to apologetic sources. No reviewer has suggested that I have left anything out. That means that if there is evidence supporting the things you have written on your website regarding Joseph and polygamy, then I have included those evidences in my three volumes [Joseph Smith’s Polygamy: History and Theology, Salt Lake City: Greg Kofford Books, 2013]. Funny that I would do that if they depicted Joseph as a womanizer.

The reason this might be important to you is that when I hired Don Bradley to do research for me, he was out of the Church. He had asked to have his name removed a couple of years earlier. He worked for me for two years locating every known document on polygamy from all sources. Then six months after we were done, he was rebaptized. Here’s a guy who has seen all known documents about polygamy and he was getting back into the Church.

Perhaps the primary difference between Jeremy Runnells and Don Bradley is the sources they consulted as they researched. I know Don looked at primary manuscripts and documents that were untainted by the opinions of apologists and antagonists. I do not know what Jeremy read.

189 Q. And the man that violated this law in this book [Doctrine and Covenants 1835 edition] until the acceptance of that revelation by the church violated the law of the church if he practiced plural marriage?

A. Yes Sir. He was cut off from the church. I think I should have been if I had.

192 Q. Would not it have been adultery under those revelations I have just read? A. Yes sir. I expect it would be.

Brian C. Hales is a Utah-based anesthesiologist and author. Perhaps his most prominent work, thus far, is the three-volume series, Joseph Smith's Polygamy: History and Theology, published by Kofford Books. He received his medical degree from the University of Utah and did his residency at the University of Kansas Medical Center. Dr. Hales served a mission for the church The Church of Jesus Christ of Latter-day Saints and has been a member of the Mormon Tabernacle Choir . His other books include: Modern Polygamy and Mormon Fundamentalism: The Generations after the Manifesto, The Priesthood of Modern Polygamy: An LDS Perspective (with J. Max Anderson), The Doctrines of Mormon Fundamentalism (with J. Max Anderson), Is Fundamentalism Fundamental?, Light: The Physical and Spiritual Nature of Light, The Veil, and Trials: Understanding and Overcoming. He also operates a web site at mormonfundamentalism.com.