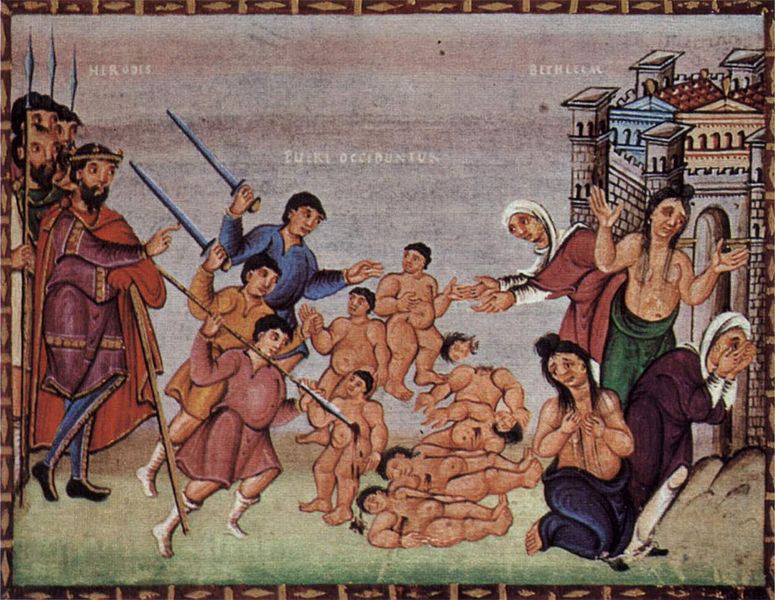 A voice is heard in Gaza
mourning and great weeping
Fatima weeping for her children
refusing to be comforted
because they are no more.

Israel is committing a systematic incremental genocide. While this genocide is being brought to fruition Israel has severely limited and in many cases totally robbed Palestinians of their basic human rights including life, liberty, and the pursuit of happiness. Israel has consistently sought out the deaths of civilians including women, children, and the elderly despite having had every opportunity to avoid doing so.

Israel has the ability to restore peace by ending the occupation of Gaza and making reparations to the Palestinians. This of course should be followed up with an increase of love, patience, charity and forgiveness to ensure a lasting peace is established. The burden for peace should never be laid at the feet of the oppressed. Israel is responsible.

In 1942 in the midst of World War II the First Presidency said, “Therefore, renounce war and proclaim peace . . . ” (D&C 98:16) Thus the Church is and must be against war. The Church itself cannot wage war, unless and until the Lord shall issue new commands. It cannot regard war as a righteous means of settling international disputes; these should and could be settled—the nations agreeing—by peaceful negotiation and adjustment.” (First Presidency Message, General Conference April 6, 1942) Any support of Israel’s constant aggression is contrary to the counsel of LDS leaders.

Elder Lance Wickman taught, “we should be repelled by the evils of war, not rejoice in them…Revulsion is how righteous and spiritually sensitive people react to the horrors of warfare.(Bruce Young. “Following Christ in Times of War.” Common Ground Different Opinions. Ed. Faulconer and White. Greg Kofford Books 2013) I feel revulsion at the one sided slaughter that is taking place right now. My heart is drawn out in compassion for those who suffer innocently. I stand with Palestine and call on Israel to cease all violence, stop the occupation, and with a penitent heart begin making reparations to Palestinians. I also call on US leaders to stop supporting Israel’s genocidal ambitions. As US citizens we are complicit in Israeli war crimes. We must take a stand.

Violence cannot be reconciled with the life and teachings of Jesus Christ. There are better ways. In Alma we read,

“And now, as the preaching of the word had a great tendency to lead the people to do that which was just—yea, it had had more powerful effect upon the minds of the people than the sword, or anything else, which had happened unto them—therefore Alma thought it was expedient that they should try the virtue of the word of God.”

Jesus is the standard by which we measure ourselves and that which goes on around us, including war. Thankfully we have a record of His mortal ministry, because if He were born in Gaza today his ministry would likely have been limited to his childhood and his cross an Israeli missile. Ignominious death takes on new meaning when loose rubble marks your resting place.

It is time for peace. I stand with the Palestinians.