Injustice in a Just World 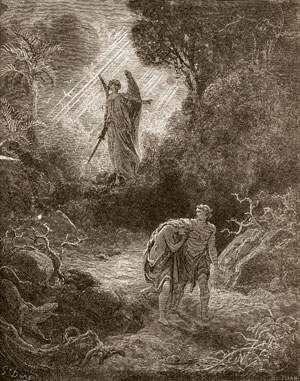 I have always clung to the idea that the vast majority of people are basically good. At the same time, a look at history or the news makes quite clear that even good people are capable of doing some pretty horrible things.  Why is this?

Back in the 1960s a psychologist, Dr. Marvin Lerner, became disturbed by the tendency for the healthcare workers in his field, who he knew to be good and decent people, to deride and blame patients with mental illness for their own problems.  He wanted to research more about why they might do this.  He ran an experiment where subjects were asked to observe 2 people as one of them was chosen at random to receive an reward for a task.  They were then asked to rate the character traits of the 2 people and discovered they consistently rated the recipient of the reward more favorably even when they saw the reward was given randomly.  He then did an experimental riff on the experiments of Stanley Milgram, which fellow permablogger Geoff Nelson wrote about here on this blog not long ago.  Dr. Lerner had 72 women subjects observe a fake victim being administered electrical shocks under a variety of conditions.  Initially, these women were upset by the apparent suffering.  However, the longer the fake shocks continued, eventually a the subjects began to disparage the victim.  The disparagement was more when the suffering appeared greater.  The sight of an innocent person suffering without possibility of reward or compensation motivated people to devalue the attractiveness of the victim in order to bring about a more appropriate fit between her fate and her character.  When the subjects were told that the victim was to be compensated for her suffering they stopped the disparaging remarks.  In order to explain these results Dr. Lerner came up with the idea of the “Just World Hypothesis.”

The basic idea is that people will often make judgements in the face of injustice that convince themselves that no injustice occurred. People have a strong tendency to believe the world is just and fair.

Often, the only way to maintain this perception is by blaming the victim. Con men seem quite adept at this as they convince themselves people are suckers, greedy, selfish, foolishly trusting, and therefore deserve to be taken. In war, soldiers must convince themselves that the other side is evil and inhuman. They find nicknames and epithets to refer to them in an effort to dehumanize them. It is often the only way killing is possible for soldiers who prior to the military were productive members of society. This perpetuates the injustice and multiplies it. Ironically, the world becomes much less just in the effort to maintain the belief that it is more just.

The Just World hypothesis explains the strong yet disturbing tendency to declare that victims of rape somehow deserved it or asked for it.  It explains why we might have little sympathy for those who get mugged walking through a bad neighborhood.  It explains why stories of Trevon Martin’s alleged marijuana use was somehow thought relevant to the fact he was harassed and ultimately shot walking home in his own neighborhood.  It explains the long persistence of the idea that homosexuality is a lifestyle choice in the face of evidence to the contrary.  Then, as a choice, it can considered an abomination.  As Elder Packer famously exclaimed regarding the idea that God would allow some to be born gay, “Why would he do that?!”

The Just World Hypothesis explains indifference to the developing world with the perhaps subconscious thought that if the people actually cared, their country would be developed.  The poor everywhere are regularly denigrated because we need a way to assuage our guilt at having so much when others have so little.  It explains why people think others with depression should be able to pull themselves up by their bootstraps.  It explains why people sometimes express to victims of tragedy, after an initial outpouring of support, that they need to get over it and have more faith.  It explains why those whose world is turned upside down by a faith crisis are thought to simply sinning or not praying and reading their scriptures enough.

It is therefore no wonder to me, that once the horrors of the holocaust were known at the end of World War II, there arose a group of people who simply refuse to believe it ever happened. The belief in a just world is at the root of holocaust denial. The shattering of that illusion makes Schindler’s List and holocaust museums profoundly unsettling. They remain important because to forget the holocaust happened is to leave the door open to it happening again.

Most examples of the Just World Phenomenon are less extreme however. In the healthcare world, I see this most often applied to the poor or the uninsured. When I volunteered in college at a local free health clinic, complaints about a sense of entitlement were everywhere. People with insurance spent much time complaining about how they work hard and sacrifice much for their healthcare. They felt so certain that the people in the clinic were lazy and undeserving.

This is not to deny that a sense of entitlement exists. It certainly does. I think this sense is coming from exactly the same place however. The poor, the self employed, and the uninsured often lack access to health care through no fault of their own and because of their own sense that the world is just, they feel entitled to healthcare.  (Full disclosure- I tend to agree with them, in a just world.)

Both sides end up exacerbating the problem. Efforts to universalize health care are seen as unjust because people who have “earned” their health care feel they are being robbed to pay for others. People who feel entitled may fudge on rules in order to keep the healthcare coming and end up reinforcing stereotypes and ultimately damaging their own cause.  Obamacare is an interesting compromise because it provides a bit of a stick to try and get people who can just afford insurance to sacrifice and take responsibility for themselves by purchasing their own insurance, with some assistance if it really does exceed their grasp, while expanding the availability of free healthcare for those who work but truly cannot afford to pay anything for insurance, in order to keep them working rather than quitting for Medicaid.

More disturbing to me is how an implicit belief in a just world that will motivate others to blame the sick for their illness.  There is some truth to the idea that smoking or lack of exercise may worsen heart disease.  Being overweight, seen as a character flaw, can lead to diabetes and other serious health consequences.  Yet it is most certainly not true that epilepsy, multiple sclerosis, most cancers or dozens of other diseases I could name, are in any way caused by a character flaw.  Personally I find this accusation maddening when it comes to the healthcare debate.

As a Mormon, our own history is a sobering reminder that I am not immune from these problems.  As the slave trade flourished in the United States, so did a belief in a certain Christian idea called the curse of Cain, where Africans were cursed to a life of slavery by virtue of being descended from Cain.  Early Mormons, including Brigham Young then adapted this cultural belief into a justification from barring blacks from the priesthood and the temple.  Of course, the idea of the curse itself seems odd in a just world where as Mormons, “We believe that man shall be punished for their own sins and not for Adam’s transgressions.”  Therefore, new rationalizations evolved.  Over the pulpit it was taught that the blacks were fence sitters in the war in heaven and much less valiant.  In short, their character was denigrated to explain away the injustices given them.  What could make the belief the just world hypothesis more potent than the belief that such injustice in need of explanation is coming from God?

In the Book of Mormon, the prophet Nephi warns us of this tactic to enable evil, when he writes,

And others will he pacify, and lull them away into carnal security, that they will say: All is well in Zion; yea, Zion prospereth, all is well—and thus the devil cheateth their souls, and leadeth them away carefully down to hell.

While this may be human nature, I cannot believe it is inevitable. Indeed, Christianity is founded upon the idea of one completely innocent, who suffered for all, yet he is revered.  I believe that by overcoming fear and acknowledging the horror of injustice and grieving over it, we can develop the empathy and the power necessary for us to start fixing the problem and build a better world. Indeed, my entire faith depends on it.