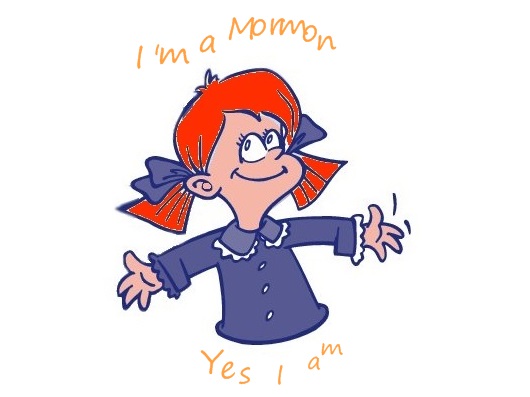 Sometimes I think back on my BYU days, especially the beginning ones and the 18 year old that I was.  I felt like I was on fire with the Spirit. I felt alive with the gospel.  I remember sitting in church, sitting in my religion classes, and just feeling the truth of it all.  I remember heading to SLC to attend conference in Tabernacle (in the days before the conference center) and being so in awe that I was sharing breathing air with all those General Authorities, and feeling like I was in the presence of greatness.  I remember going home for my first Christmas Break and sharing with my mother all of the thoughts and feelings and revelations (with a lower case r) that I’d had about my testimony and my faith.  I felt like there was so much that I knew. I was the ultimate “I know” testimony bearer.

And I thought that was the beginning of the journey and that with more study and more prayer and more faith I would know even more.  I felt like I was beginning to climb a mountain, and I felt sure that when I reached the top of that mountain I’d have the faith to move it.  And so I began to study.  I studied the gospel.  I studied the scriptures. I read books about gospel principles, doctrines, church history…  And then I started to realize that I hadn’t been at the bottom of the mountain of faith, I’d been at the top.  And all of the sudden I was sliding down the other side.  Because the more I read and studied about the gospel and the church, the more I realized that the two are separate.  And that the church does not always fall in line with the gospel.  When I studied this history about blacks and the priesthood, the underbelly of polygamy/polyandry, when I started to realize the history of women in the church and compared that to what I saw around me currently…  I started to feel lost and confused.  And I’m not sure I was capable of distinguishing my testimony of the church and its leaders from my testimony of the gospel.  Mostly I just kept putting things on shelves in the back of my mind until I could learn to sort it out.

My crisis of faith didn’t fully culminate until more than a decade after I began my journey as that fiery and passionate 18 year old at BYU.  It was after the birth of my first child (at age 30), when I started to really face what I wanted him to believe and the man I wanted him to grown into.  I had been trying to navigate these murky waters for myself for the past decade, and when it became my responsibility to help someone else navigate them… it was too much.  And my faith completely crumbled.  I started to question every single aspect of everything I’d ever believed.  I have, since then, rebuilt my faith.  But it doesn’t look like it used to.  The truth of the matter is that I still believe in the LDS gospel as I understand it.  It is the Church and Church’s application of that gospel that I struggle with.  So much so, that I often wonder if the LDS Church is the right place for me.  But where can I go to get more of the gospel that I do have a testimony in?  Hence, this is the main reason I’m still active in a church that frustrates me on a daily basis.  When it comes down to it, I find a lot of truth and beauty in the gospel.  I may not have a testimony of the Church, its culture, or the glory of its history, but I do have a strong testimony of the gospel as I understand it.  That fiery testimony I had as an 18 year old?  It turns out I still have it.  It just has more focus.  And I haven’t found another doctrine that suits me as well as this one suits me.

Of course, it has occurred to me that I could just as easily study the gospel on my own terms.  I have the scriptures and I have prayer, and I have faith in personal revelation.  I am armed with the knowledge that I can maintain a relationship with my Savior outside of the Church’s institution.  I’ve considered just going at in on my own.  But, then I think about people in the past who have struggled with church culture and history.  If everyone who ever felt disgruntled about racism in the church had just left, would Official Declaration 2 ever have happened?  If everyone who struggled with gender inequality in the church just left, would we have finally (finally!) had a woman pray in general conference earlier this year?  Heck, if women in the early church hadn’t independently decided that they could get more done working together than separately, would we even have a Relief Society today?

There are a lot of things I want to change about the institution of the church, but I want to make it clear that I’m not arrogant enough to believe I’m right about everything, or that my ideas are obviously what is best for everyone.  But the history of the church clearly shows that a little bit of dissent can be a healthy thing, and that makes me think I should stick around.  Because maybe it doesn’t hurt to have someone in the room saying the Handbook of Instructions 1 shouldn’t be a big secret, because that violates the idea that we do all things by common consent (see D&C 26:2, among others).  And maybe pointing out that not having female ward clerks because you’re afraid that a man and a woman alone in a room together will obviously start lusting after each other, over-sexualizes both the man and the woman—and is generally unfair because you could just as easily make it an all-female calling as you could all male.  Maybe having someone point out that the leaders of the church are just human, and there is no such thing as “deep doctrine” that they supposedly have access to… and that we all have access to the same doctrine and are all using imperfect filters, and so church leaders can make mistakes… maybe making others stop and think about these issues isn’t so bad, even if it turns out I’ve got it all wrong.