I am a daughter… 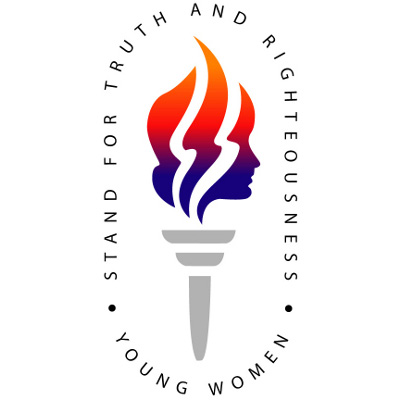 I am a daughter of my Heavenly Father and Heavenly Mother who love me, and I love them.

It only requires the addition of three words and the change of one. It would be so simple really, and I believe: so possible.

If the various revisions to the Young Women’s theme over the past few years have taught us anything, it is that. The words as they stand are not necessarily sacrosanct: they can be added to, they can be rearranged, for a new time. I also have it on good authority (i.e., his own writing) that Elder Neal A. Maxwell counted truths about Heavenly Mother among those “most relevant and most needed” in “this dispensation.” Indeed,

The prophets teach all of the gospel, but choose to emphasize those truths that are most relevant and most needed in the times in which they live. In other dispensations, the truths given to us through modern prophets about a Heavenly Mother were not stressed, so far as surviving records show, but in this dispensation the Lord gave us this doctrinal truth through a prophet, Lorenzo Snow,* whose sister, Eliza R. Snow, expressed it in her hymn ‘O My Father.’ (“Things as They Really Are,” Chapter 4, Living Prophets.)

Meanwhile, the virtue “virtue” has been added to the Young Women’s weekly recitation, as well as the resolution to “strengthen home and family.” Those additions are (relatively) fine, and I am not against them, per se; I simply believe that a firm belief in Heavenly Mother carries more power to accomplish either of those ends, than the (added) words themselves ever could.

I am also reminded of two more things: The first is a brief conversation I had with a woman I dearly love, in which she told me that despite having sung “I am a child of God” since she was two, the first time she knew that God loved her was when she was in Young Womens, stating the theme each week. Only then could she take the message in. I wondered how it might have strengthened her if she knew that God the Mother’s love, was added to the Father’s.

The second occurred a few Sundays ago in my southern California ward. A small group of Beehives gathered around the pulpit during Sacrament to sing a song I haven’t heard before. When I passed one of the girls in the hallway later, I was able to learn the title: Daughter of a King. It made quite a bit of sense, as that particular line was repeated throughout the chorus:

They sang beautifully and confidently, and I felt overjoyed that these young girls knew of their divinity. Still, something gnawed at me. Did they know that they are also daughters of a queen? I didn’t when I was their age,** and I wish for all of the world that I did.

*It is actually uncertain with whom the doctrine of Heavenly Mother originated. Some individuals believe it began with Eliza (including Gordon B. Hinckley) while most others believe it was revealed to Joseph Smith (including Joseph F. Smith). There does seem to be secondary support for the lattermost claim. For instance, Brigham Young’s daughter, Susa Young Gates, related that after Zina Diantha Huntington’s mother passed away in 1839, Joseph offered condolences before adding, “and you will meet and become acquainted with your eternal Mother, the wife of your Father in Heaven.” Linda Wilcox, “The Mormon Concept of a Mother in Heaven,” in Women and Authority: Re-emerging Mormon Feminism, ed. Maxine Hanks (Salt Lake City: Signature Books, 1992).

**This is true despite “The Family: A Proclamation to the World” making its appearance when I was ten. The adults I knew—or heard speak in General Conference—gave little pause to the “heavenly parents” line, so I heard it without hearing it; knew it without knowing it, akin to my friend and “I am a child of God.” It would be approximately nine more years before a forum (read: not a devotional) at BYU helped me to internalize it.