How to Hold a Mormon Mormon Prom 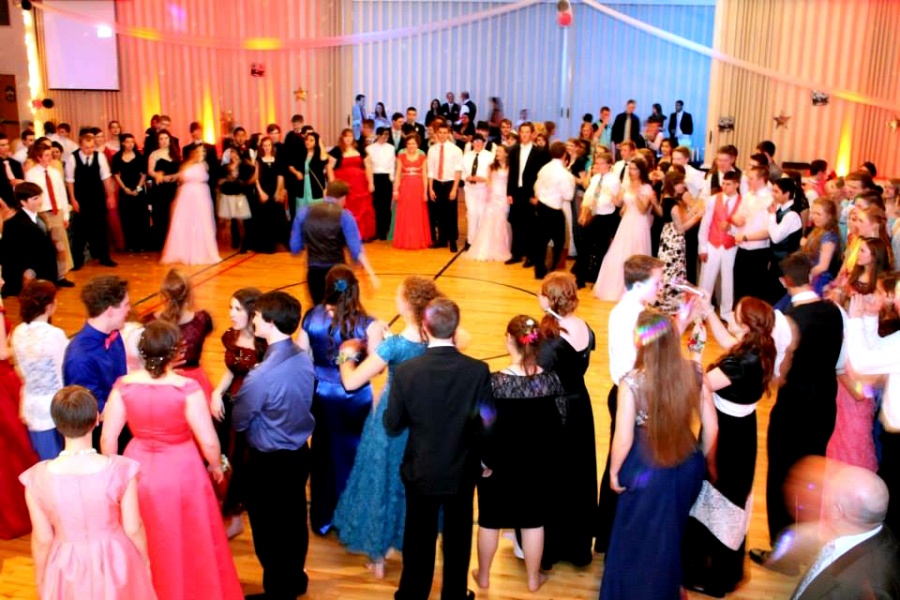 Is it really true that some Mormon kids put on their own prom entirely to shield boys from seeing the upper third of of the bodies of their dates? If that’s actually the case, it’s embarrassingly idiotic, not least because statistically that’s virtually Amish compared to what most boys have already seen by that point.

But even worse, I’ll bet those proms aren’t even really Mormon. They’re missing a major opportunity to be true blue through and through. Is there one chaperone spousal unit assigned to every couple? Is there a Bishop’s Standards Night talk as told by a local bishopric through interpretive dance? Do all couples have Books of Mormon taped to their chests, ensuring both safe personal dancing distance plus an extra layer of modesty for the girls? When kids walk in the building do they have to go through rooms that represent the three kingdoms of glory that the young women spent weeks decorating and preparing and end up in the gym which symbolizes the Celestial Kingdom and that’s where the dance is and would you dance nasty or dress immodestly in the Celestial Kingdom, no of course you wouldn’t? Is Alex Boyé–or at least an Alex Boyé impersonator–on stage, wearing a kanzu, and singing faux-Africanized Primary songs and Taylor Swift medleys? Is there a booth in the corner where young people can pledge to never kiss a member of the opposite sex until at least a week after they’re married, just to be safe? Is there an Iron Rod that extends the length of the dance floor that all prom attendees must hold onto at all times, even and especially when dancing, and those who let go are sent to an adjacent enormous wooden mock-up of the Great and Spacious Building where they must point at and mock the remaining dancers who will receive the Lehi Medal of Obedience–cut in the shape of a tree–and a free basket of fruit at the end of the dance?

I just think that if you’re going to have Mormon prom, HAVE MORMON PROM.