Heavenly Mother Walks With Me 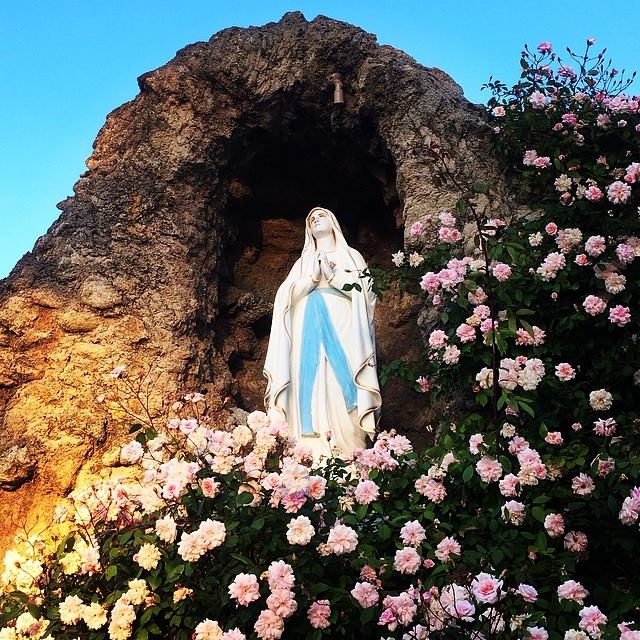 I have always loved the concept of Heavenly Mother and the idea of a divine female source but this used to be a knowledge that was only in my brain, not one that was internalized due to personal relationship and communion with Her. Earlier this year, I had an experience that changed this. Today, I’d like to share with you my testimony of the personal knowledge that my Heavenly Mother walks with me to guide and to comfort me. This is a testimony that has been gained through pain and heartache, but it is a testimony that I am grateful to have.

At the end of March, I found out that I had a missed miscarriage. I’m a Gestational Surrogate (via IVF) and on March 31, 11 weeks 2 days pregnant twins for my Intended Parents, I went to my first OB appointment. Up until then, I had been under the care of the Reproductive Endocrinologist, aka fertility doctor. Graduating from the RE’s care and starting normal prenatal care with your OB is a huge milestone for surrogates and I was excited for the appointment. I already had a good established relationship with my OB since she was my doctor with my own pregnancy in 2012. I was excited to see her, start talking about what prenatal care and childbirth would look like with twins, and get to see the twins again on ultrasound.

Unfortunately, the world came crashing down around me that day. The ultrasound showed that both twins had lost heartbeats and stopped growing a couple of weeks before the appointment. The following Friday, I had a D&C (thank you Jesus for general anesthesia). Between my body showing no inclination to miscarry on it’s own, the need to have all tissue to be able to do genetic testing, and the fact that I had zero desire whatsoever to experience any part of the process, yeah. The week involved a lot of phone calls, emails, appointments, and procedures.

All through the week. I felt in an emotional and spiritual turmoil. I felt completely upended and off kilter. One second I was fine, the next I was bawling and not even sure what triggered it. There was a lot of anger, fear, and confusion. I remembered back during the transfer when I felt the presence of the Holy Spirit and Heavenly Mother in a very strong and real way right there in the room with me. It was one of the most sacred experiences of my life. Shortly after, when we found out that not only did the transfer work but both the embryos that were transferred had “stuck”, I thought back to the transfer and the presence I felt, and the joy of the presence of the Holy Spirit and Heavenly Mother, and I thought that it must be a good sign for the pregnancy.

To have the pregnancy end so suddenly with no apparent reason shook me to my core. I again thought back to the transfer and wondered why God would allow me to feel that presence so strongly, to feel such joy, only to snatch it all away like this. I felt bewildered and bereft. It felt as though God was silent, as though I were knocking with all my might on the gates of heaven and crying “Answer me, let me in, let me know you’re there” and being met with silence. It felt like being out in the snow with only a thin jacket for protection from the cold. I have only felt that alone a few times in my life and they all had to do with loved ones dying. It was a solitude and darkness of the spirit and the heart.

My inner restlessness started to leak out. I felt like I had to constantly be on the go, be doing something and going somewhere. Eventually, I found myself at the chapel at the Carmelite Convent in a neighboring town. I used to be Roman Catholic and despite now being a faithful and active member of the Church of Jesus Christ of Latter-day Saints, I still find a great deal of beauty, comfort, and peace in Catholic churches and in occasionally going to Mass. That day was no exception. I walked in and felt the spiritual static resolve into quiet. I knelt and began to pray and cry. And do you know, surrounded by statues and pictures of women of faith throughout history, I began to be able to center my thoughts on my Heavenly Mother and on Christ. As I poured my heart out to God in fervent prayer, I realized that I was not alone and that there was someone who truly knew how I felt and who saw my heart and felt my pain as I was feeling it. I looked up and saw the crucifix and felt an overwhelming sense of comfort. It was a reminder that Jesus felt all my sin and pain and that He Knows. A statue of Mary holding a very young Jesus comforted me that my Heavenly Mother and Mary have both been through terrible pain of the death of children. I felt the comfort and love and prayers through the ages of my female ancestors. The Stations of the Cross helped me to further remember all that Christ went through on my behalf and of the great love and understanding He has for me personally.

The entire experience was excruciatingly painful. There has been a lot of guilt, pain, anger, frustration, and sadness. But I have come out of it with a strong testimony of the presence of God in my life, and most especially of the presence of my Heavenly Mother. I know that She sees my heart and knows my pain and understands it as only another woman can. I have a testimony of the fact that if our hearts and minds are open to it, God can and desires to speak to us of the truth that is also present in faiths other than our own. I have a testimony that there is a feminine aspect to divinity, that is comforting to me in a way that the masculine can not be, that in those times when I need a woman’s companionship, there is One who understands me in the most intimate of ways; she understands and knows me better than I understand and know myself. I know beyond a shadow of a doubt that my Heavenly Mother walks with me, by my side, with her arm around me, whispering “My daughter, I love you forever and with no condition attached”.

“I had learned to call thee Father,
Thru thy Spirit from on high,
But, until the key of knowledge
Was restored, I knew not why.
In the heav’ns are parents single?
No, the thought makes reason stare!
Truth is reason; truth eternal
Tells me I’ve a mother there.“
From O My Father
Eliza R. Snow