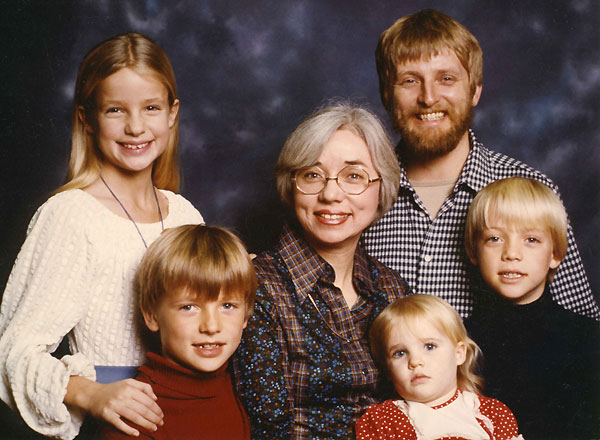 Goodbye, I Love You tells the true story of a wife and mother whose husband admits to a homosexual lifestyle that eventually dissolves their marriage. Though she doesn’t understand it, she finally accepts it and continues to love and support him.

Carol Lynn Pearson is a fourth generation Mormon. She wanted an eternal marriage. She believed “if you keep yourself worthy…read the scriptures…pray…make great cookies…your chances for finding your eternal mate are practically assured.” Gerald Pearson, she hoped, was going to be that eternal mate.

“He Shone!” When Carol Lynn first met Gerald, that’s how she described him. Did he actually have more light inside, or was he just able to let more out? She was instantly drawn to him, as was everyone else in the room. However, he seemed more interested in being friends. She didn’t understand him. He was restless, pulling toward her and pushing her away at the same time. He told her that he didn’t want to feel obligated. She assured him that the only obligation she required was that he be honest with her. He said to her, “You mean I don’t have to fall in love with you?” I can just love you like I do?” I wondered how she felt about that remark.

Carol Lynn wanted an exclusive relationship. Polygamy, she had always felt, was “a fate worse than death.” When Gerald said he had something he needed to tell her, her stomach “iced over.” She couldn’t handle the thought that he had been with another girl. She was actually relieved when he said “not a girl, guys.” She didn’t understand this, but he could repent. He had talked to his bishop. He was told if he had a woman he really loved, everything would be okay. He wanted a family. Did she still want him? Of course she did. “I’m not so concerned about what you’ve done as about what you are.”

I have wondered about Gerald Pearson since learning that he published Carol Lynn’s first book of poetry. Being told that “poetry doesn’t sell” didn’t dissuade him. This man wouldn’t take “no” for an answer in a cause he believed in. I’ve known people who were content to just sit on the sidelines of life, while others want to jump in with both feet. Gerald was the latter. Everything he did was done big. His appetite for knowing and experiencing sometimes frightened her.

Making Gerald laugh and seeing him happy was her greatest joy. She felt they would be laughing and loving forever. He was great with the children and had the ability to make tears dissolve into laughter. He was always doing something to promote their creativity: music lessons, art projects, Shakespeare. Her friends were envious that she had a husband who was so involved with the children.

She was devastated when a friend informed her that Gerald had been seen in “a place where gays get together.” She had been sure that this part of his life was behind him. I felt her utter despair at this horrendous news when she tried to think of what to do. She didn’t dare tell anyone. Why Gerald? He told her he had tried to smother this tremendous need, but it was as deep in him as his “need for food and breath.” Carol Lynn had always felt that being a woman was “second prize,” and yet she had been promised that one day a man would want her because of it. She felt cheated! 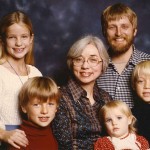 I’m sure many of us have had times in our lives when it would have been easier just to walk away rather than face reality. I think that’s what prompted Carol Lynn to leave Utah. They would continue to be a family, but she needed to go where no one knew her. But Carol Lynn Pearson was not an unknown! Women of the church knew who she was and loved her. They wanted her to speak to them. She didn’t want to. How could she put on a smile and pretend that everything was fine? She prayed, and came to the realization that maybe they didn’t need to hear from someone who had it all together. Maybe they needed to hear from someone who was struggling just like they were.

Gerald began spending more time in San Francisco. She hated him; she loved him. His greatest fear was that he would lose her and the children. He loved them; he couldn’t squash this other need. Conflicting feelings are confusing! They are exhausting! They would divorce but remain a family. He rented an apartment in San Francisco and visited Carol Lynn and his children on a regular basis.

When Carol Lynn learned that Gerald had AIDS, she invited him to move home where she could take care of him. “These righteous Mormon folk who wouldn’t even drink a cup of coffee,” what would they do when they found out? She learned that they would do everything in their power to help her. They might not “understand homosexuality and AIDS, but they don’t have a hard time understanding suffering and need.” Her Relief Society president came with fresh baked bread asking, “How can we help?”

When Gerald’s time came, the children were at a friend’s house and Carol Lynn decided not to send for them. She held the phone to his ear while their oldest, Emily, said to him “Good-bye, I love you.”

Reading this book led me on a very emotional journey. I felt empathy, despair, and inspiration. The most important lesson I learned along the way is that love bears all! I thank Carol Lynn for having the courage to tell her story.